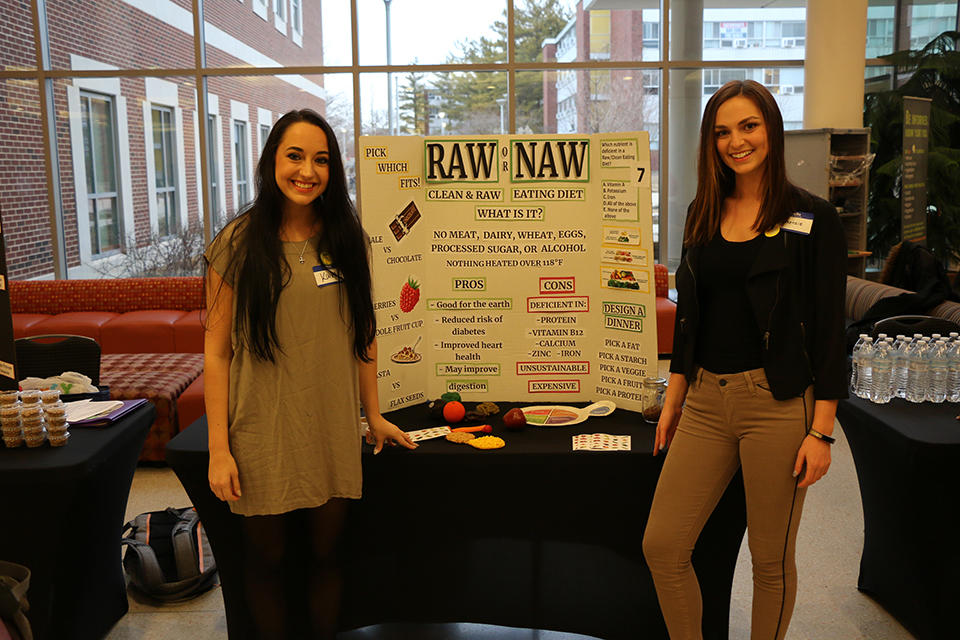 Seniors in dietetics in the ACES Department of Food Science and Human Nutrition have done it again! Nationally, an average of only 50 percent of dietetic students match with a dietetic internship. However, the dietetics class of 2019 achieved a match rate of 100 percent, meaning that every senior that applied for a dietetic internship or graduate school was matched with or accepted by one. The seniors found out the exciting news on April 7.

Graduating seniors will be spending the next 8-24 months completing their Dietetic Internships (DI) and master’s degrees. The students have already completed their first steps to becoming Registered Dietitian Nutritionists (RDNs) by completing the Didactic Program in Dietetics in FHSN. The DI is the second step in the process of becoming a RDN and requires a minimum of 1200 hours of supervised practice in an ACEND-accredited Dietetic Internship. Many DIs are combined with master’s degrees including degree programs in dietetics, nutritional sciences, exercise science, public health, or business administration. Upon completion of the DI, a student must then pass the national credentialing RDN Exam, which is the final step to becoming a RDN.

The DI matching process takes place annually in April. Students prepare extensive application materials including a list of preferred DI sites. After the students submit, the DI sites evaluate the applicants and rank them. A computerized program then matches applicants to internships so that both parties have a choice in the outcome. The first round of match results is later released to students, and they are allowed 24 hours to either accept or decline the offer to the DI to which they are matched. If students chose to reject, that spot is open for the second round of matching.

Congratulations class of 2019! Best of luck to you in your future careers as Registered Dietitian Nutritionists. You are one big step closer to becoming future RDNs, the real food, and nutrition experts!

For more information about U of I’s Didactic Program in Dietetics in FSHN, please visit: https://fshn.illinois.edu/undergraduate/dietetics/becomingrd