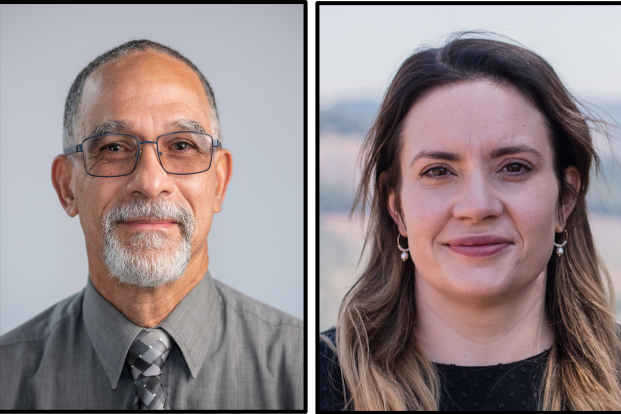 The global impacts of two affiliates of the College of Agricultural, Consumer and Environmental Sciences (ACES) were recognized at a banquet during International Education Week at the University of Illinois.

Established by the Provost in 2001 and endowed by Dr. Jagish and Mrs. Madhuri Sheth in 2006, the Sheth Distinguished Faculty Award for International Achievement recognizes an Illinois faculty member for exemplary accomplishments in teaching, research, and public service in the international area.

Cooke is a world-renowned, highly regarded expert in drainage engineering. He has been leading research and extension efforts on increasing the efficiency of drainage-related management practices and developing protocols for their design. His upbringing in Jamaica provided him with a unique perspective on the international importance of effective and sustainable management of water resources. It is through this lens that he has devoted a substantial part of his professional career to engaging with professionals in various countries, including Sierra Leone, Brazil, and India. For the past several years, Cooke has been working with Njala University in Sierra Leone to determine the feasibility and economic viability of a new system for lowland development. Read more about Cooke’s global impacts.

Established in 2005, and endowed by Charles C. Steward in 2007, the International Young Humanitarian Award recognizes the accomplishments of an Illinois graduate whose dedicated international service exemplifies the highest ideals of selflessness and dedication to the welfare of communities outside the United States.

Fairbairn is the Deputy Country Director at One Acre Fund Tanzania. One Acre Fund is a social enterprise that provides financing for smallholder farmers for agricultural inputs and training on best agricultural practices to over 1 million farmers in six countries in East Africa. In Tanzania, her team distributes $15 million of agricultural inputs to 75,000 clients across 360 villages in the Southern Highlands. During her tenure at One Acre Fund, the team has scaled and distributed 3.5 million fruit, timber, and soil improving tree seedlings as well as 32MT of hybrid sunflower seed, driving a total additional profit for One Acre Fund farmers of $1.2 million.

Fairbairn also received a B.A. in Political Science from the University of Illinois (2011). As part of her graduate work in ACES, she was a Borlaug Fellow at the International Institute of Tropical Agriculture in Tanzania. In between her studies, she spent four years working at the University of Illinois Education Abroad Office. Read more about Fairbairn’s global impacts.