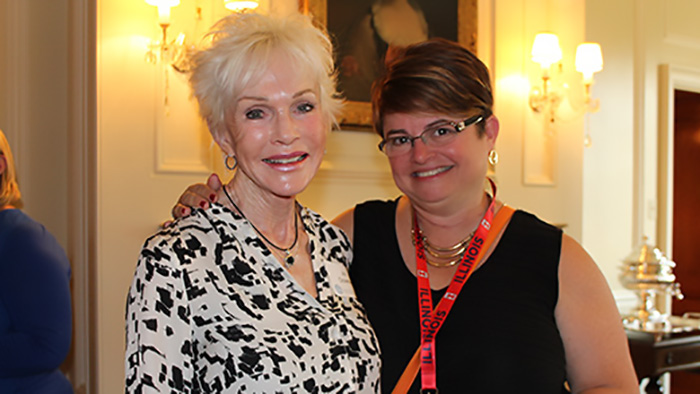 Seven years ago, Marise Robbins-Forbes joined the College of ACES Office of Advancement. On December 21, she will retire and the impacts of her contributions to the college will continue for decades.

During Marise’s first week on the job, she was tasked with fundraising for the Turner Hall transformation. Collaborating with departmental and college colleagues, Marise secured numerous private gifts for this much-needed renovation. Initial fundraising success and securing campus resources allowed this project to expand far beyond the original vision. The renovation culminated earlier this year and it is certain that Marise’s expertise enabled its success. If you haven’t been in Turner Hall recently, take a look at this video tour of the ACES Facilities Open House, which included Turner Hall.

Marise’s accomplishments also include securing the largest gift ever made to the Department of Natural Resources and Environmental Sciences, an endowment in support of work related to sustainable agriculture. She has also secured funding for updates to the Stock Pavilion and University of Illinois Arboretum, and numerous gifts in support of scholarships, fellowships, and endowed programs.

Marise will be missed in the College of ACES. We wish her well as she assumes a new role at Virginia Tech University.