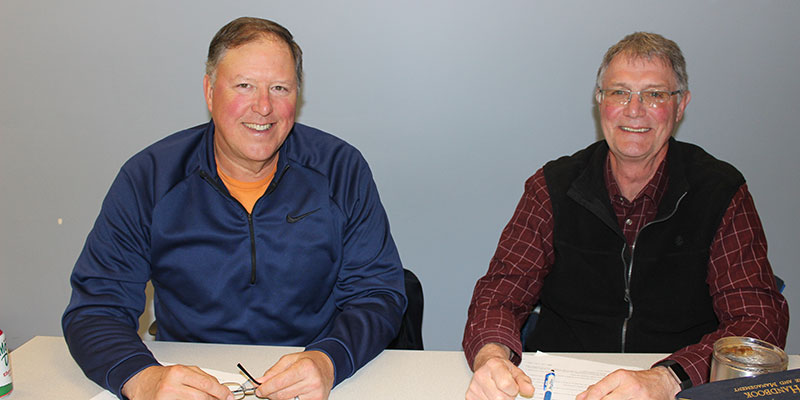 Sometimes learning comes in thundering waves; other times as tiny nuggets of wisdom.

More than 500 4-H members studied through the winter and early spring to learn as much as they could about the horse industry. They competed in four regional contests until the best of the best remained to compete in the Illinois State 4-H Horse Bowl, Hippology, and Horse Speaking contests held on campus April 13-14.

The quiz bowl questions are difficult. Senior champion Gwen Klinkey said she and her Kane County teammates held sleepover practices so they could study late in the evenings, then start again at breakfast. Questions range from what type of stall door is best suited for ease and safety to where is the orbital cavity.

In one of the late rounds of competition, 4-H members correctly identified the risticii bacteria as a cause of horse fever. Then, before advancing to the next question, Kline smiled and asked, “Do you know who discovered risticii?”

Now it was my turn to smile.

Here were dozens of young people who, because of their hard work, because of caring volunteer leaders, because of deeply committed ACES specialists, and because of 4-H, were at the table learning from some of the greatest animal scientists in the country. Just. Like. That.

4-H. Our land-grant foundation separates us from other youth organizations. We have a home at University of Illinois College of Agricultural, Consumer & Environmental Sciences. We have people invested in our success. We have cheerleaders rooting for our members. That’s 4-H.

By the way, risticii was named for the ILLINOIS researcher who discovered it, Dr. Ristic.  See more of the highlights from the state 4-H equine contests, coordinated and nurtured by Extension equine specialist Debra Hagstrom, @ 4h.extension.illinois.edu/our-stories/news.