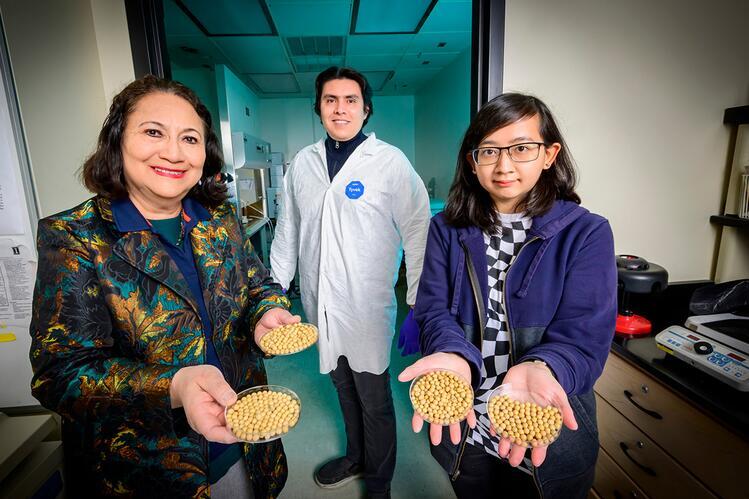 CHAMPAIGN, Ill. — A protein in soybeans blocks the production of a liver enzyme involved in the metabolism of triglycerides and low-density lipoprotein, scientists found in a recent study.

Consuming soy flour rich in the protein B-conglycinin has the potential to reduce LDL cholesterol levels and lower the risk of metabolic diseases such as atherosclerosis and fatty liver disease, said Elvira de Mejia, a professor of food science and human nutrition at the University of Illinois Urbana-Champaign and the corresponding author of the study.

Scientists have long known of soybeans’ cholesterol-lowering properties and lipid-regulating effects, and the current project investigated two soy proteins thought to be responsible for these outcomes – glycinin and B-conglycinin – and found the latter to be particularly significant.

“As we hypothesized, soybeans’ effects on cholesterol metabolism are not only associated with their protein concentrations and composition but also with the peptides embedded in them that are released during gastrointestinal digestion,” de Mejia said.