Waiting for the sun to set to find a rare bird 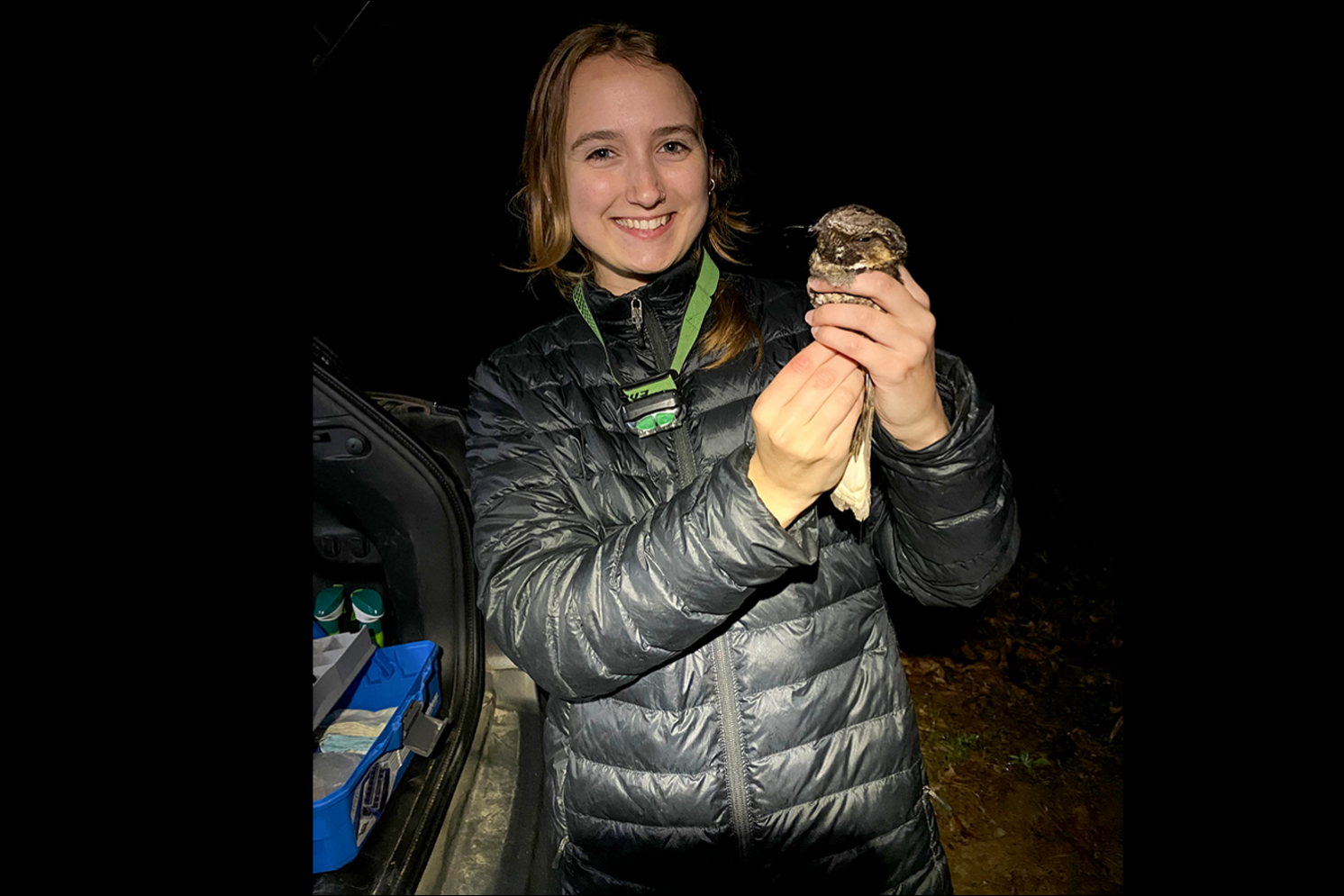 Waiting for the sun to set to find a rare bird

When most people are just getting home from their workdays, I’m about to start mine. I am a researcher studying the breeding behavior of the Eastern whip-poor-will (Antrostomus vociferus), a cryptic bird that is primarily active after sunset as it forages on the wing for moths. So – for the summer, at least – I also am nocturnal.

It’s a warm evening in mid-June, and my technicians and I have just arrived at one of our study sites, Sand Prairie-Scrub Oak Nature Preserve. This is one of the few places in Illinois that still support large populations of whip-poor-wills during the summer – despite a rangewide population decline in the species. The preserve is just as unique as the species that are found there – ancient sand dunes lie below a patchwork oak-hickory forest and savanna habitat, where native prairie grasses and wildflowers (as well as an incredible abundance of prickly pear cactus) blanket the ground. Whip-poor-wills place their nests at the intersection of these forest and savanna habitats, so this is where we seek data that we hope will provide insight to why the species is declining.

Read more from Sarah Stewart, Natural Resources and Environmental Sciences graduate researcher, in her Behind the Scenes blog.