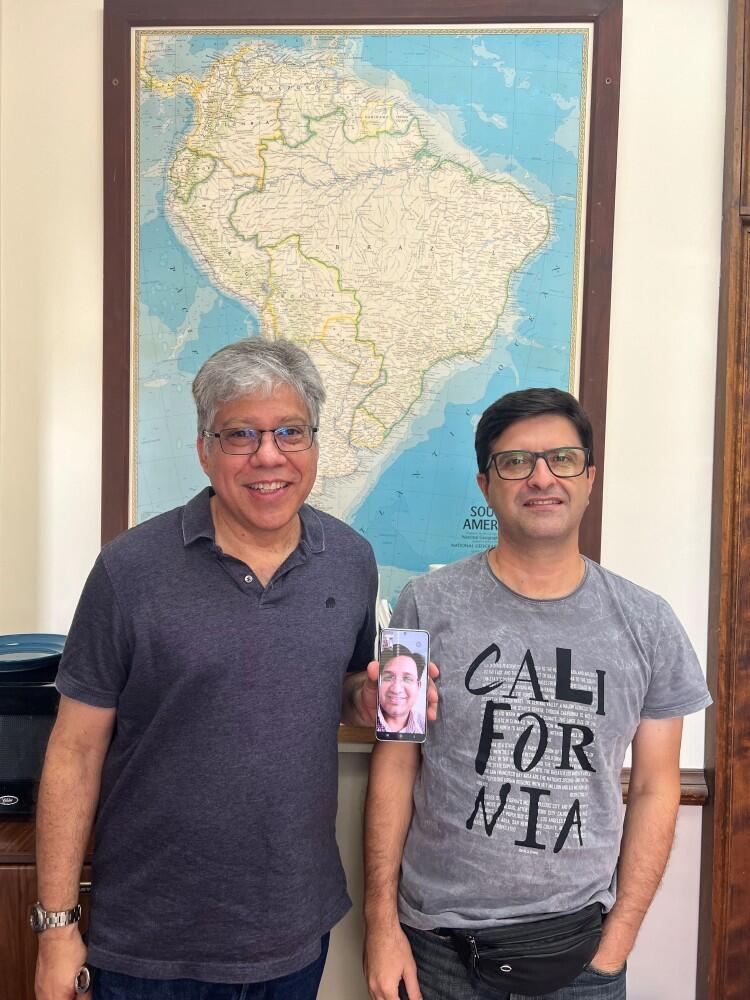 Partnering with peers across three continents, ACES students worked to solve global water problems under the instruction of three lecturers located in Germany, Brazil, and the U.S.

“It was truly a global classroom,” says Jorge Guzman, a research assistant professor in the Department of Agricultural and Biological Engineering (ABE) who developed ABE 498 for spring 2022 with colleagues from the Center for Development Research, Germany, and the Federal University of LAVRAS, Brazil.

In response to the worldwide pandemic, the virtual and global format of “Solving water problems in the critical zone” was one of two new classes developed in ACES as part of the Illinois Global Classrooms initiative.

Using connections he made throughout his career, Guzman applied for the Global Classrooms grant with co-instructors Carlos R. de Mello, Federal University of Lavras, Brazil, and Navneet Kumar, Center for Development Research, University of Bonn, Germany.

“I quickly found mutual research interests with Carlos at a virtual mixer hosted by the ACES Global Academy. I met Kumar years ago during his fellowship in the United States. We are all working on modeling aspects of water management, so it made sense to combine our perspectives,” Guzman says.

The course was taught twice a week synchronously and included six seniors from ABE, two students from Brazil, and 10 international students based in Bonn.

During the first half of the course, the students learned concepts from all three instructors. After spring break, they began working on their group projects, which were a testament to the interdisciplinary and geographically diverse nature of the class.

“The course was a great success and will likely continue into the future. We are collecting feedback and making improvements for next time,” says Guzman, who hosted de Mello on the University of Illinois campus in May as the class concluded.