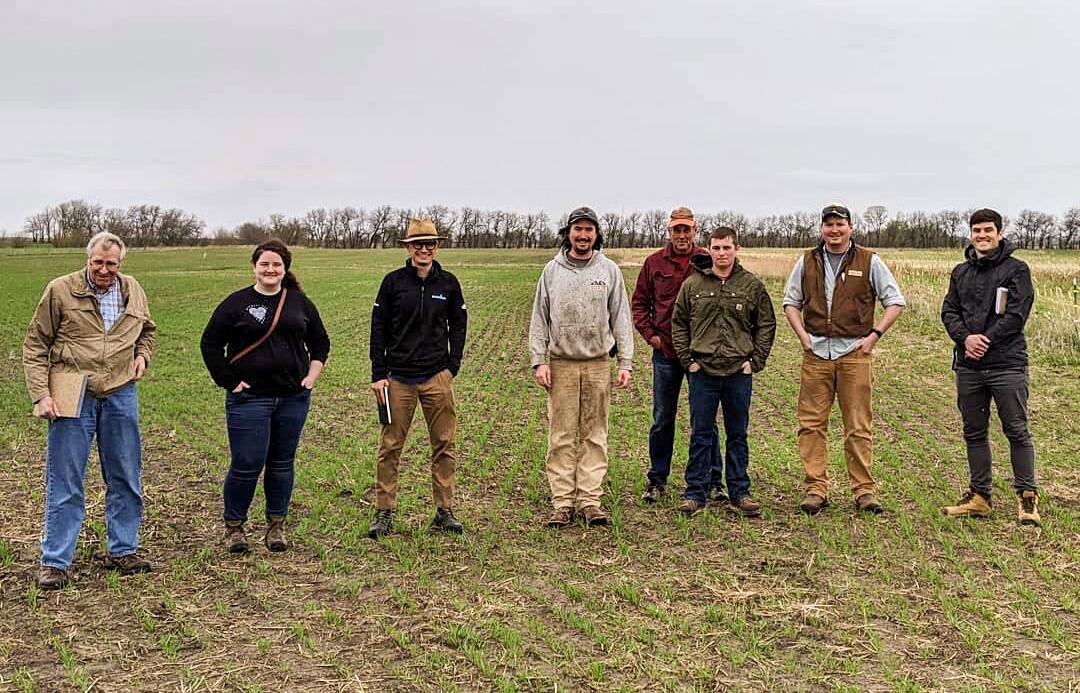 URBANA, Ill. – Organic farmers often struggle to meet the nitrogen demands of corn and other crops. Unlike conventional farmers, with their easy access to inexpensive inorganic nitrogen fertilizers, fewer commercial options are available for organic growers.

University of Illinois researchers are exploring alternative approaches to improve soil nitrogen availability through free-living nitrogen-fixing bacteria. Their new $750,000 project is supported by the Agriculture and Food Research Initiative, part of the USDA’s National Institute of Food and Agriculture.

“It's very expensive to buy certified organic nitrogen fertilizers. Our idea is to increase the amount of nitrogen that can be taken up by the plants by increasing asymbiotic nitrogen fixation. We’ll be testing inexpensive and simple techniques with great potential to increase crop yields and improve soil quality on organic farms,” says Vander Novaes Nunes, a postdoctoral research associate in the Department of Natural Resources and Environmental Sciences (NRES) at Illinois.

It’s common knowledge in agricultural circles that legume crops harbor bacteria in small nodules on the roots, turning nitrogen from the air into a plant-available form. Excess nitrogen from this symbiotic relationship ends up in the soil, but it’s often not enough to sustain a corn crop.

What’s less well known is that free-living, or asymbiotic, bacteria naturally occur in the soil and also fix nitrogen.

NRES faculty members Richard Mulvaney, Carmen Ugarte, and Angela Kent are working with Nunes to quantify the presence, abundance, and diversity of free-living nitrogen-fixing bacteria in a well-established organic grain crop rotation. They’ve partnered with Cow Creek Farm, a Paxton, Illinois organic farm owned by Will and Dallas Glazik, alumni of the College of Agricultural, Consumer and Environmental Sciences (ACES).

Once they determine the baseline level of free-living nitrogen fixers, the researchers will look for changes in the microbial community after applying limestone and gypsum treatments. They’ll also determine nitrogen fixation rates using an isotopic technique and will assess crop performance and yield.

“Liming is an old practice that conventional agriculture has gotten away from, but it can be really effective in improving aeration, drainage, and structure in the soil. And if you do all of that, you're improving biological activity, making it more active, more alive,” Mulvaney says. “Because nitrogen fixation requires calcium, liming and gypsum could potentially improve the soil to the point that you would get more fixation.”

Calcitic limestone provides the slow-release calcium, adjusts soil pH, and creates soil aggregates that support nitrogen-fixing bacteria long term. But those changes might be a little too slow to see immediate effects in the microbial community. That’s what the gypsum is for.

“Gypsum does not raise the pH, but it is more soluble than limestone. So it has the benefit of supplying a quicker source of calcium to help improve soil structure more rapidly than the limestone. That's why we’re looking at both,” Mulvaney says.

The project is set to run for three years, at which time the researchers hope to provide evidence for a cheap, effective, and sustainable form of nitrogen for the growing acreage of organically managed crops.

“This method has the potential to indirectly reduce nitrogen contamination of air and water bodies and increase yields in a very sustainable way. It’s very important to think about sustainability, even in organic systems,” Nunes says.

The Department of NRES is in the College of ACES at the University of Illinois Urbana-Champaign.