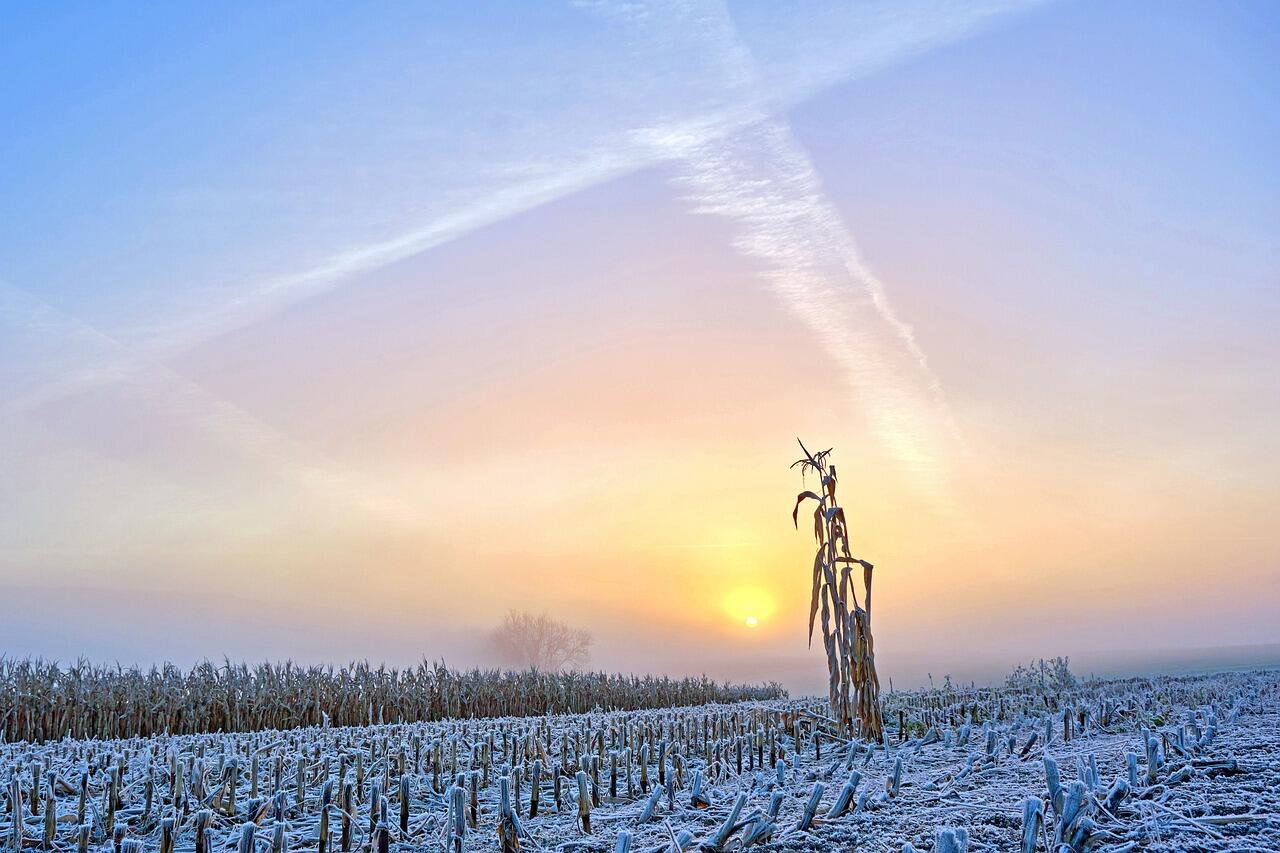 URBANA, Ill. – Nitrous oxide may be much less abundant in the atmosphere than carbon dioxide, but as a greenhouse gas, it’s a doozy. With a potency 300 times greater than CO2, nitrous oxide’s warming potential, especially via agriculture, demands attention.

University of Illinois and University of Minnesota researchers are answering the call. In a new study, they document an overlooked but crucial timeframe for nitrous oxide (N2O) emissions in U.S. Midwest agricultural systems: the non-growing season.

“Nitrous oxide emissions from agricultural soils have mostly been studied during the growing season. Previous research shows non-growing season N2O emissions can contribute up to 70–90% of annual emissions in some years, but it’s not clear how accurate that range is for the Midwest or what processes and management practices contribute to those emissions in the fall and winter,” says Yufeng Yang, the study’s lead author and doctoral student at U of M.

Yang and his co-authors used a computer simulation model known as ecosys to determine the hotspots and ‘hot moments’ for N2O emissions across the Midwest. Specifically, they teased out the climate and environmental factors contributing to N2O emissions on a county-by-county basis during non-growing seasons between 2001 and 2020. They also looked at the effects of fertilizer application timing and nitrification inhibitors.

“This validation study demonstrates the ecosys model can realistically simulate N2O emissions from agricultural soils in the non-growing season. It means we now have a robust way to quantify the contributions of environmental variables and nitrogen application timing to this important greenhouse gas,” says study co-author Kaiyu Guan, associate professor in the Department of Natural Resources and Environmental Sciences and founding director of the Agroecosystem Sustainability Center at U of I.

First, the researchers found the non-growing season in the Midwest accounted for a wide range of annual N2O emissions: 6 to 60%. The variation could be traced back to differences at the county level, with emission levels diverging for counties in the southeastern and northwestern extremes of the region.

For context, soil N2O emissions are the result of microbial processes converting nitrogen from one form to another. Environmental conditions, such as the amount of moisture and oxygen in the soil, soil temperature, or the amount of snowpack on the soil surface, affect how much and how quickly microbes can metabolize nitrogen, as well as the ability of gaseous nitrogen products to be released into the atmosphere.

The ecosys model detected these environmental drivers across the region, highlighting greater emissions in counties with more than 12 inches of non-growing season precipitation. But the researchers looked for even more detail to explain the pattern.

The long-term outlook for these regional differences may shift under a changing climate, however. Yang simulated future climate scenarios and found less freezing and thawing, potentially dampening the spikes that currently occur under these conditions.

“Results suggest that shifting fall application to spring application and applying nitrification inhibitors at either time point can greatly reduce annual N2O emissions at the regional scale, and can reduce nitrogen leaching as well,” says study co-author Ziyi Li, doctoral researcher studying under Guan at U of I.

But that effect wasn’t universal. Fields in the west of the study area saw fewer emissions with fall application.

“Scientists always suggest switching to spring fertilizer application, but it's not a black and white story. Our model enables farmers to receive targeted recommendations specific to their fields,” says Zhenong Jin, corresponding author, project leader, and assistant professor in the Digital Agriculture Group at U of M.

The researchers say the model could be used to evaluate the effects of additional management strategies, such as cover cropping and no-till, on N2O emissions.

“The bottom line is we now have a highly accurate method for estimating N2O emissions at the county scale in the Corn Belt. We have underestimated the non-growing-season, but it turns out to be a pretty significant portion of annual N2O emissions,” Jin says.

The article, “Distinct driving mechanisms of non-growing season N2O emissions call for spatial-specific mitigation strategies in the US Midwest,” is published in Agricultural and Forest Meteorology [DOI: 10.1016/j.agrformet.2022.109108]. Funding was provided by the National Science Foundation and the U.S. Department of Energy’s Advanced Research Projects Agency-Energy (ARPA-E).