Should maize farmers in Sub-Saharan Africa store or sell their grain? 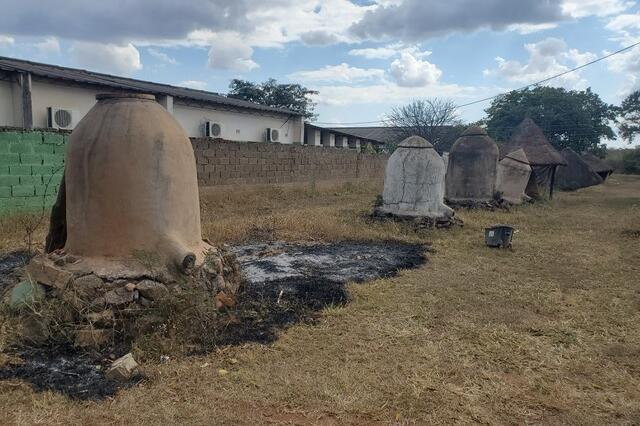 URBANA, Ill. – Many maize farmers in Sub-Saharan Africa sell their crop at harvest, often because they need funds to pay expenses. Development agencies often support or sponsor harvest-time loans that encourage farmers to store some of their grain for later sale, on an assumption that its market value will increase in months to come. But that’s not a sure bet, as a new University of Illinois study reveals.

Analyzing maize prices across more than a thousand Sub-Saharan African markets over a 20-year period, the researchers found not only that maize prices do not always rise after the harvest season, but also that farmers cannot fully predict whether prices are likely to rise or fall. As a result, there is significant risk associated with storing grain for later sale, and farmer risk tolerance can impact the decision, says Hope Michelson, associate professor in the Department of Agricultural and Consumer Economics  (ACE) at Illinois and co-author on the study.

“There is a long-standing assumption in the agricultural development literature that grain prices always rise after harvest in these rural grain markets,” Michelson notes. “In a given region, people grow maize and harvest it on essentially the same schedule. Many of them also sell at the same time because this is when buyers are ready and bills at the farm have to be paid. And when lot of maize hits the marketplace at once, selling prices can drop sharply.

“Because prices tend to rise over the course of the year and peak before harvest, small-scale farmers may be forced to buy maize back from the market a few months later for their own consumption, when the price has gone up significantly.”

Policy interventions that provide farmers with access to credit at harvest could prompt them to retain some of their crop, either to meet their own household’s food needs or to sell when prices rise later. However, this strategy works only if prices actually and reliably go up.

From her field work in Malawi, Michelson observed the unpredictability of market prices after the high season of harvest and crop-sale. She teamed up with then-doctoral student Lila Cardell, who is now a research economist with the USDA Economic Research Service, to gather data from markets across the region to track post-harvest maize price trends over a range of nations and years.

“Many agricultural development initiatives in low-income countries and associated academic papers assume farmers are leaving money on the table by selling all their maize at harvest,” says Cardell, who is lead author on the paper.  “We looked at that assumption carefully, asking, ‘What if the farmers are right? What if the dilemma they face is not just a credit issue?’”

Michelson and Cardell reviewed price data from 1,038 markets over 20 years in 30 African countries. While they found that prices do generally rise after harvest, they also found that prices fell 16.3% of the time, ranging from a frequency of 10.9% in Mozambique to 50% in Mauritania. They argue consequently that for poor farmers, average trends provide no reassurance about present or future market conditions.

“It may be true that on average maize prices go up after harvest, but averages are not the only thing that matters. One bad year may actually have a lot of consequences for a poor household that can’t borrow across years. To opt for crop storage, risk-averse farmers may need firm assurances of more than the average payoff,” Michelson says.

“We show that the phenomenon of maize prices not rising after harvest does not occur only in a handful of years or in one particular cluster of markets. We see it happening in all countries in Sub-Saharan Africa. It is more likely to happen in some years and some places, but the fact is that maize prices don't always rise after harvest,” Cardell states.

Because markets are unpredictable, farmers essentially have to guess whether it makes sense to sell or store their grain. In addition, there are storage expenses and risks of spoilage and loss to consider.

Cardell and Michelson conclude that though storing maize grain at harvest may be a sound strategy as a general rule, development organizations should consider local marketplace dynamics and observe how traders, farmers, and maize millers see the market and what kinds of strategies they adopt or prefer to protect themselves from risk.

“We need to spend more time understanding the nature of what's going on and how people respond to it,” Michelson concludes.

The paper, “Price risk and small farmer maize storage in Sub-Saharan Africa: New insights into a long-standing puzzle,” is published in the American Journal of Agricultural Economics [https://doi.org/10.1111/ajae.12343].

This research was supported in part by the U.S. Department of Agriculture, Economic Research Service. The findings and conclusions in this publication are those of the author(s) and should not be construed to represent any official USDA or U.S. Government determination or policy.