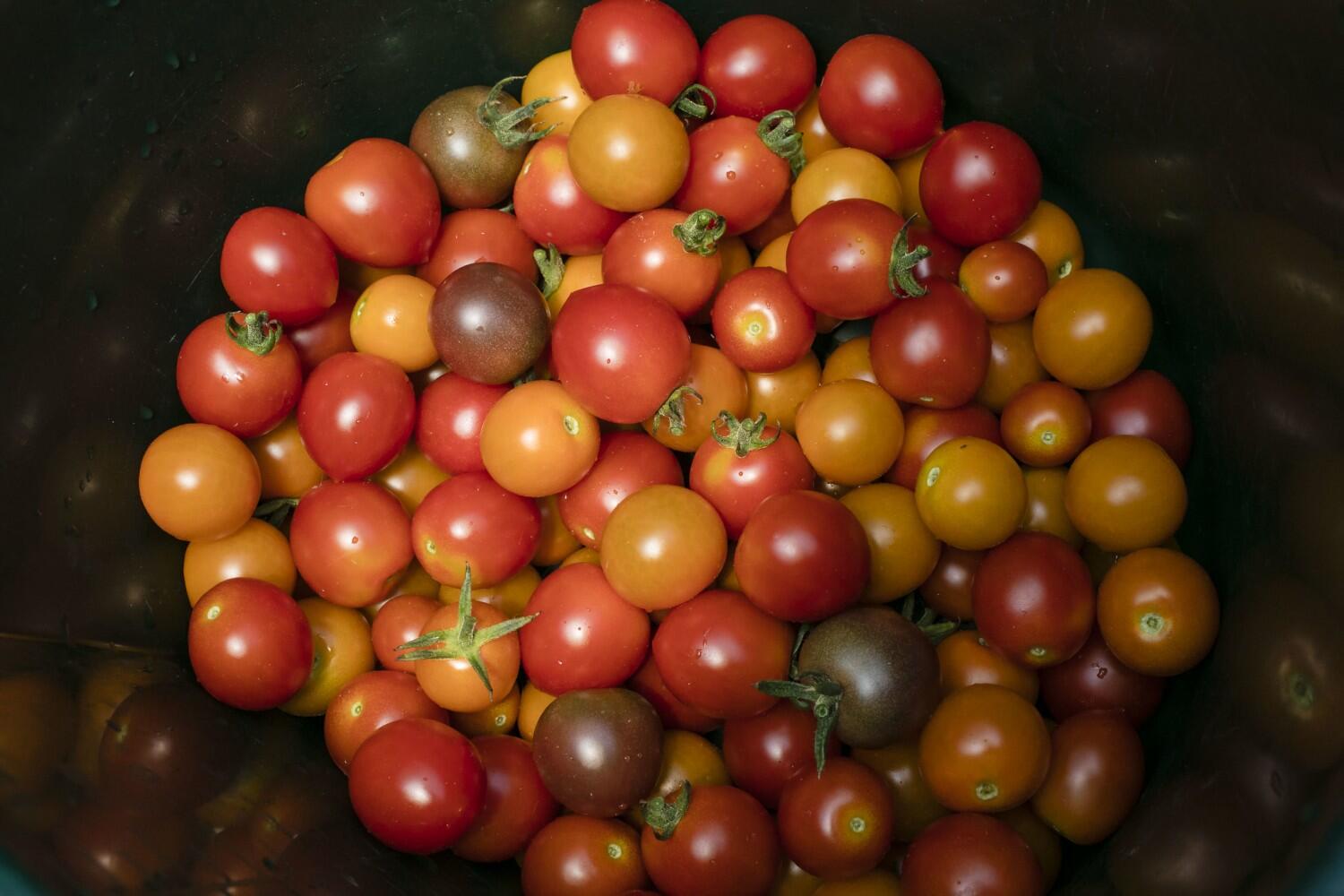 Scientists don’t know much about how vegetables and other crops take up and accumulate lead in real-world settings, but new U of I research in Chicago backyard gardens shows tomatoes are likely safe to eat, even when grown in highly lead-contaminated soils.

“There was so little lead accumulation in the fruits, we estimate the average adult male would have to eat almost 400 pounds of tomatoes per week to reach toxic levels,” says Andrew Margenot, assistant professor in the Department of Crop Sciences at U of I and co-author on the new study. “However, a lower body-weight child of about 60 pounds would need to eat ‘only’ 80 pounds of tomatoes per week – still quite a bit, but a lower threshold of consumption.”

“It's not the fruits I worry about, it's the practices of tillage and planting. That's where you get exposed,” Margenot says. “If you magically have no exposure to contaminated soils to get to the fruit stage, or if you mulch the heck out of the soil and wear a suit and respirator, you're golden. But, of course, we all know it doesn’t happen that way.”

That’s because when we work contaminated soil, plant into it, or track it into our homes, we end up inhaling it. Lead can also end up in the fine dust on the skin of tomatoes, leafy greens, and especially root vegetables. With improper washing, we eat it right up. And, depending on the soil lead concentration, a little can have big health impacts.

In their study, Margenot and co-author George Watson planted Roma tomatoes in Chicago backyards with soil lead levels between 77 and 1206 parts per million (ppm), exceeding the natural background lead level of 21 ppm and generally surpassing the Illinois EPA threshold of 400 ppm for inhalation risk. The researchers wanted to see how much lead ended up in the fruit with no soil treatment and when the soil was amended with various phosphorus-based treatments shown to reduce lead uptake by humans via the dust inhalation or particle ingestion routes.

The EPA recommends phosphate fertilizers such as triple super phosphate (TSP) at high application rates to mitigate soil lead for human ingestion, but stakeholders told Watson and Margenot they wanted an organic matter amendment, as well.

“We chose to test TSP as well as composted and air-dried biosolids, which are human feces processed by Chicago wastewater treatment plants. They're Class A biosolids, which means they’re tested for pathogens and heavy metals,” Margenot says. “I know there’s an ick factor, but they’re likely safer than steer manure you can buy at a hardware store.”

As it happens, none of the amendments lowered lead in the tomatoes. Lead uptake by plants into tomato fruits was already so low, even in highly contaminated soil, that the amendments had no detectible effect. To put it in numbers, the average tomato lead concentration across sites was 0.01 ppm in 2019 and 0.13 ppm in 2020. Both figures are far lower than the maximum allowable limit of 1.6 ppm set by the Food and Agriculture Organization (FAO) for tomatoes.

Although lead levels remained very low across the two years of the study, variation between study years raised the researchers’ eyebrows.

“In the second year, we saw an order of magnitude increase in lead in the fruit at two of the three sites. It was totally unexpected, and we couldn’t explain it. But the soil lead levels didn’t change across years and the fruit lead levels were still extremely low,” Margenot says. “So to me, it’s two things. First, there’s still so much basic research to be done on plant uptake of lead – we didn’t even know to expect a seasonality effect. Second, and importantly, there’s a very poor correlation between total soil lead and lead uptake.”

“If you minimize dust with a heavy mulch, you can safely grow tomatoes, so not all hope is lost. In Illinois, the EPA sets the inhalation risk at 400 ppm, but we found you can be up to three times above that in the soil and safely grow tomatoes,” he says. “But again, gardeners and urban farm workers have to be super careful with how they till the soil, cover the surface, and wash the fruit to minimize exposure. But at least we know it’s not necessary to add expensive mitigation amendments.”

Margenot notes the phosphorus treatments tested in the study may not have done much for tomato uptake of lead, but he says they’re still promising for lead intake by direct inhalation and ingestion.

“If we want to sustainably reduce lead ingestion and inhalation risk across the city, we should be looking at phosphorus and at local sources such as biosolids more closely,” he says. “Biosolids are locally produced in Chicago and there are programs to get them into the hands of users. So if we’re talking about low-cost ways to deal with lead, this would be one good resource in the city.”

The study, “Fruit lead concentrations of tomato (Solanum lycopersicum L.) grown in lead-contaminated soils are unaffected by phosphate amendments and can vary by season, but are below risk thresholds,” is published in Science of the Total Environment [DOI: 10.1016/j.scitotenv.2022.155076]. The research was funded in part by an Illinois Extension Collaboration grant from the College of Agricultural, Consumer and Environmental Sciences at the University of Illinois; a Future Interdisciplinary Research Explorations (FIRE) award; and Hatch funds from the U.S. Department of Agriculture.