Green roofs are worth the cost for urban residents 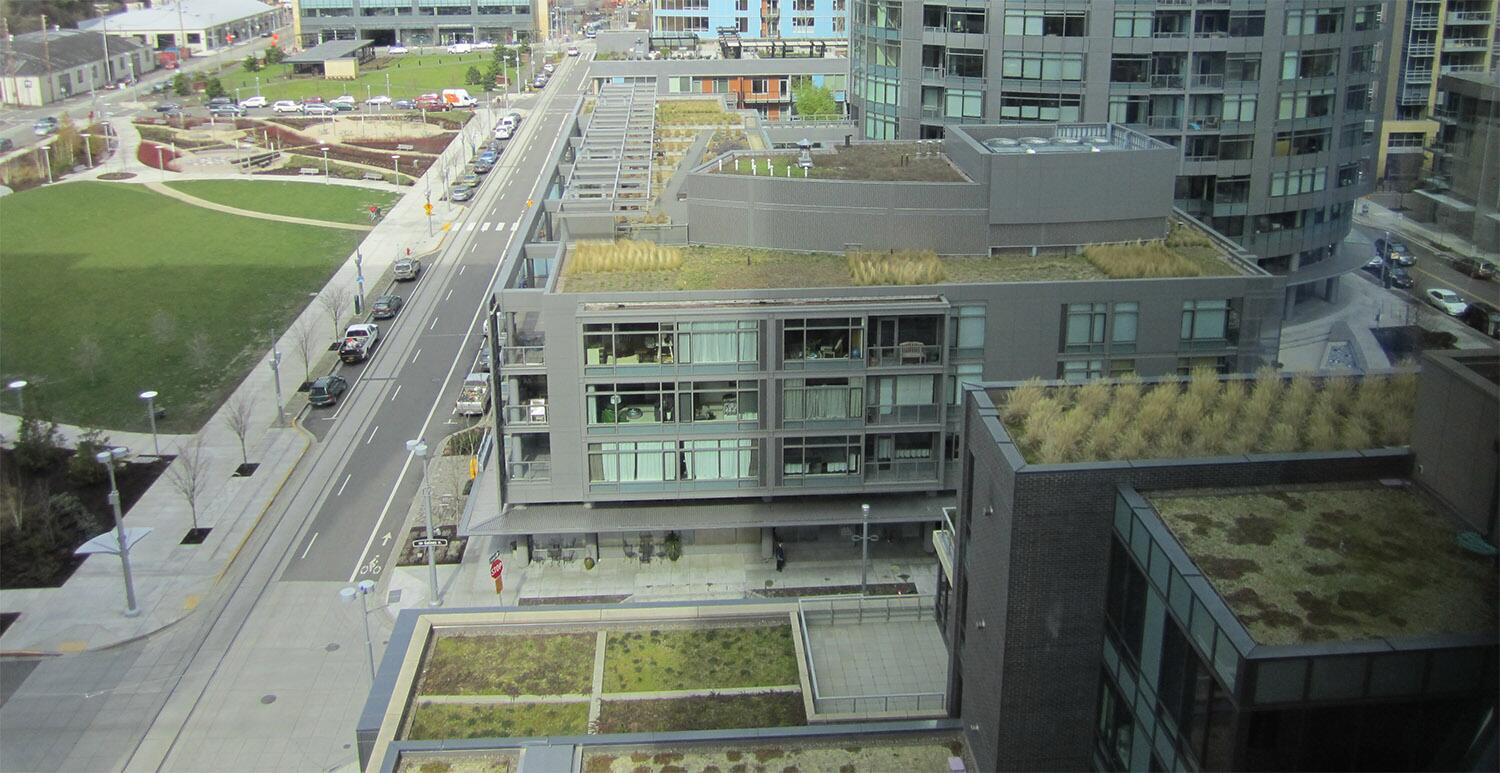 Green roofs are worth the cost for urban residents

Green roofs, also known as rooftop gardens or ecoroofs, typically have a layer of plants growing in soil on top of the roof, as well as material for waterproofing, structural support, and insulation. A new study from Reed College in collaboration with the University of Illinois and Portland State University explores the benefits of green roofs and how much Portland residents are willing to pay to increase the number of green roofs across the city.

“Countries around the world are investing significant public resources to reduce the impact of stormwater runoff,” explains Amy Ando, professor of agricultural and consumer economics at U of I, and a co-author on the study. “Green roofs are part of that solution because they capture some of the rain that would otherwise end up in sewage systems. Knowing the benefits from investing in green roofs is important for implementing sound public policies.”

The study investigates how much people would pay for benefits that include reduced sewer overflow events (CSOs), reduced urban heat island effect, and increased presence of pollinators like bees and butterflies. Like many cities, extreme rainfall events in Portland can quickly overwhelm old sewer systems and lead to flooding, which impacts water quality as well as transportation and properties.

“Although CSO events have declined dramatically in Portland after a major system upgrade ($1.4 billion “Big Pipe Project”), they still happen,” says Noelwah Netusil, professor of economics at Reed College and lead author on the paper. “Our findings show that survey respondents place the largest value on reducing CSO events further and are willing to support additional funding for this.”

Since 2018, the city of Portland has required new buildings in the central city with a footprint over 20,000 square feet to have an ecoroof covering 100% of the area (minus a few exceptions like solar panels and evacuation routes) to further protect the city from flooding. Most green roofs are concentrated in the city center, covering 1.4 million square feet.

Survey respondents indicated how much they would pay for a green roof to result in a scale of benefits. For example, it would cost more to decrease sewer overflows three times per year rather than two, lower the air temperature by over one degree rather than half a degree, and bring in a significant amount of bees, birds, and butterflies rather than keep pollinators at the same level.

For green roofs to reduce average temperatures by more than 1 degree Fahrenheit, reduce sewer overflows by three per year, and increase pollinators by 150%, respondents were willing to pay $442.40 per household. That amounts to $116.8 million for the city of Portland. For green roofs to reduce summer temperatures by less than 0.5 degrees, reduce sewer overflow by one, and increase pollinators by 50%, residents were willing to pay $202.40 per household or $54.4 million total for Portland. The cost would be added in monthly installments to their sewage and stormwater utility bill for one year and green roofs would be installed a year after the program was fully funded.

While survey respondents who had visited or seen a green roof had the highest estimated willingness to pay to support the program described in the survey, respondents who knew nothing about green roofs prior to taking the survey were still supportive of the green roof program. Furthermore, people generally preferred ecoroofs to be more equally spread out across the city rather than concentrated in the city center.

“Reducing CSO events had the largest value for all survey respondents – whether they had visited, seen, heard, or knew nothing about green roofs prior to taking the survey,” Netusil explains. “The total estimated benefits from the programs we examined would be sufficient to more than double the number of green roofs on commercial and industrial properties in our study area (Portland).”

“When municipalities in Illinois contact us because they’re interested in applying green infrastructure, they want to know how the public will benefit from their investment,” Brown states. “This new research on green roofs goes beyond Portland, giving gives stormwater professionals more tools to advocate for practices that are valuable for communities across Illinois and elsewhere.”