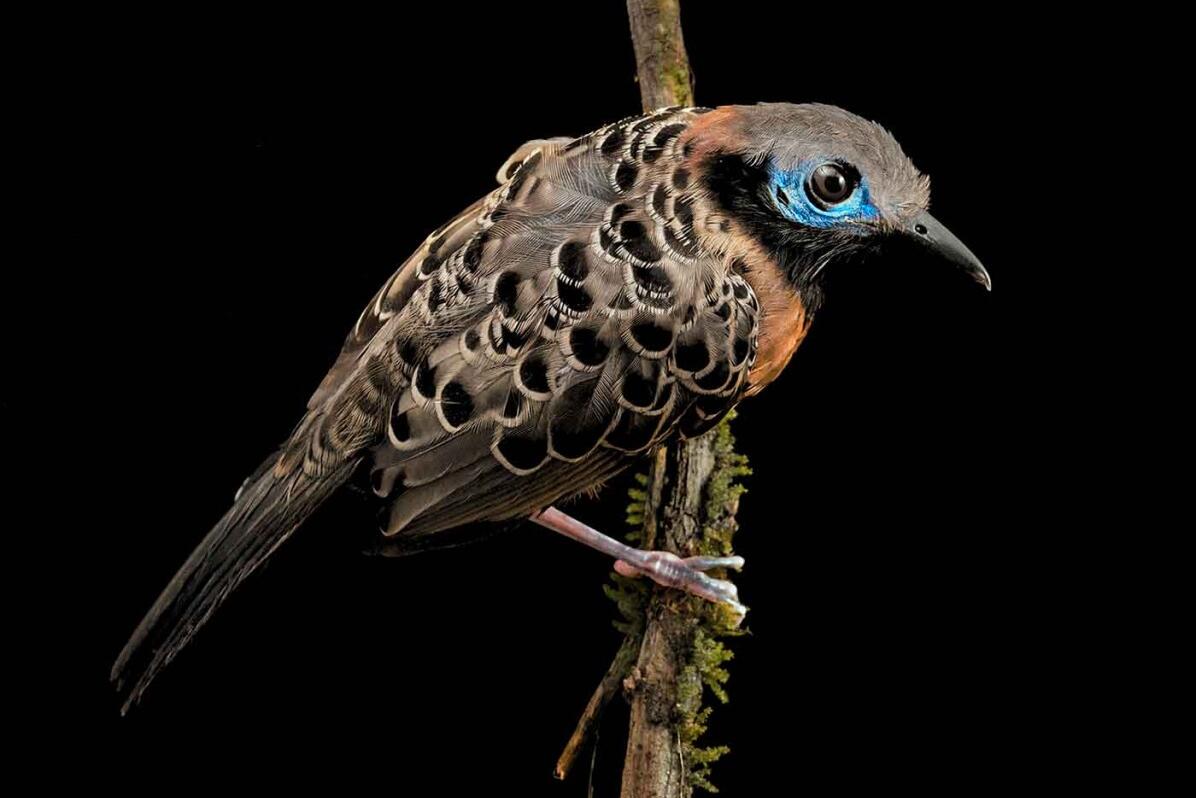 URBANA, Ill. – Deep in a Panamanian rain forest, bird populations have been quietly declining for 44 years. A new University of Illinois-led study shows a whopping 70% of understory bird species declined in the forest between 1977 and 2020. And the vast majority of those are down by half or more.

“Many of these are species you would expect to be doing fine in a 22,000-hectare national park that has experienced no major land use change for at least 50 years,” says Henry Pollock, postdoctoral researcher in the Department of Natural Resources and Environmental Sciences (NRES) at U of I and lead author on the study. “It was very surprising.”

Concerning is Jeff Brawn’s word for it. Brawn is Levenick Chair in Sustainability in NRES and a co-author on the study. He’s also investigated birds at the study site, Parque Nacional Soberanía, for more than 30 years.

“This is one of the longest, if not the longest, study of its kind in the Neotropics,” Brawn says. “Of course, it's only one park. We can’t necessarily generalize to the whole region and say the sky is falling, but it's quite concerning.”

Loss of birds from any habitat can threaten the integrity of the entire ecosystem, Pollock says. In the Neotropics, these birds are key seed dispersers, pollinators, and insect consumers. Fewer birds could threaten tree reproduction and regeneration, impacting the entire structure of the forest, a pattern shown elsewhere after major bird declines.

But the researchers haven’t looked at the impacts or the underlying causes yet. Putting first things first, Pollock, Brawn, and their colleagues focused on documenting the numbers.

Back in 1977, then-U of I faculty member Jim Karr, now emeritus faculty at the University of Washington, initiated a twice-yearly bird sampling effort. Each year, members of the team set up mist nets in the rainy and dry seasons to capture birds moving through the study site. Mist nets gently entangle birds, allowing researchers to carefully pluck them out. They then identify, measure, and band the birds before releasing them, unharmed, back into the forest.

Over 43 years and more than 84,000 sampling hours, the researchers captured more than 15,000 unique birds representing nearly 150 species and gathered sufficient data to track 57 of those. The researchers noted declines in 40 species, or 70%, and 35 species lost at least half of their initial numbers. Only two species – a hummingbird and a puffbird – increased.

Although the birds represented a wide variety of guilds – groups that specialize on the same food resources – the researchers noted declines across three broader categories: common forest birds; species that migrate seasonally across elevations; and “edge” species that specialize in transition zones between open and closed-canopy forest.

Brawn says the decline among common species is most alarming.

“The bottom line is these are birds that should be doing well in that forest. And for whatever reason, they aren’t. We were very surprised.”

Declines in the other two groups were less remarkable. Birds that migrate to high elevations require some degree of forest connectivity to be successful, but forest in Panama – like most places – became increasingly fragmented in the last several decades.

Edge species were hardest hit, most declining by 90% or more. But Pollock and Brawn weren’t surprised. In fact, the disappearance of edge species boosted their confidence in their results. That’s because, 40 years ago, a paved access road cut through the site. It created the ideal edge habitat for birds that like openings in the forest canopy. But over time, the road stopped being maintained and has since turned into a small gravel road and the forest canopy filled in overhead.

“The fact that edge species went away when the road did is not concerning,” Pollock says. “It shows what we would expect with forest maturation and the loss of those successional habitats.”

The researchers are reluctant to generalize their results beyond their study site, pointing out the scarcity of similar sampling efforts throughout the tropics.

“Right now, this is really the only window we have into what's going on in tropical bird populations,” Pollock says. “Our results beg the question of whether this is happening across the region, but unfortunately we can’t answer that. Instead, our study highlights the lack of data in the tropics and how important these long-term studies are.”

The study wasn’t designed to explain why birds are declining in the forest, but the researchers have some ideas they want to follow up on. Things like changing amounts of rainfall, food resources, and reproductive rates, many of which may be tied to climate change.

But whatever the cause, the researchers expressed urgency to figure it out.

“Almost half the world’s birds are in the Neotropics, but we really don’t have a good handle on the trajectories of their populations. So, I think it's very important more ecological studies be done where we can establish trends and mechanisms of decline in these populations,” Brawn says. “And we need to do it damn quick.”

Funding for the work was provided by the Smithsonian Tropical Research Institute (STRI), the National Science Foundation, the College of Agricultural, Consumer and Environmental Sciences (ACES), the U. S. Department of Defense, Earthwatch, the National Geographic Society, the American Philosophical Society, the Biodiversity Institute at the University of Wyoming, and the USDA National Institute of Food and Agriculture.