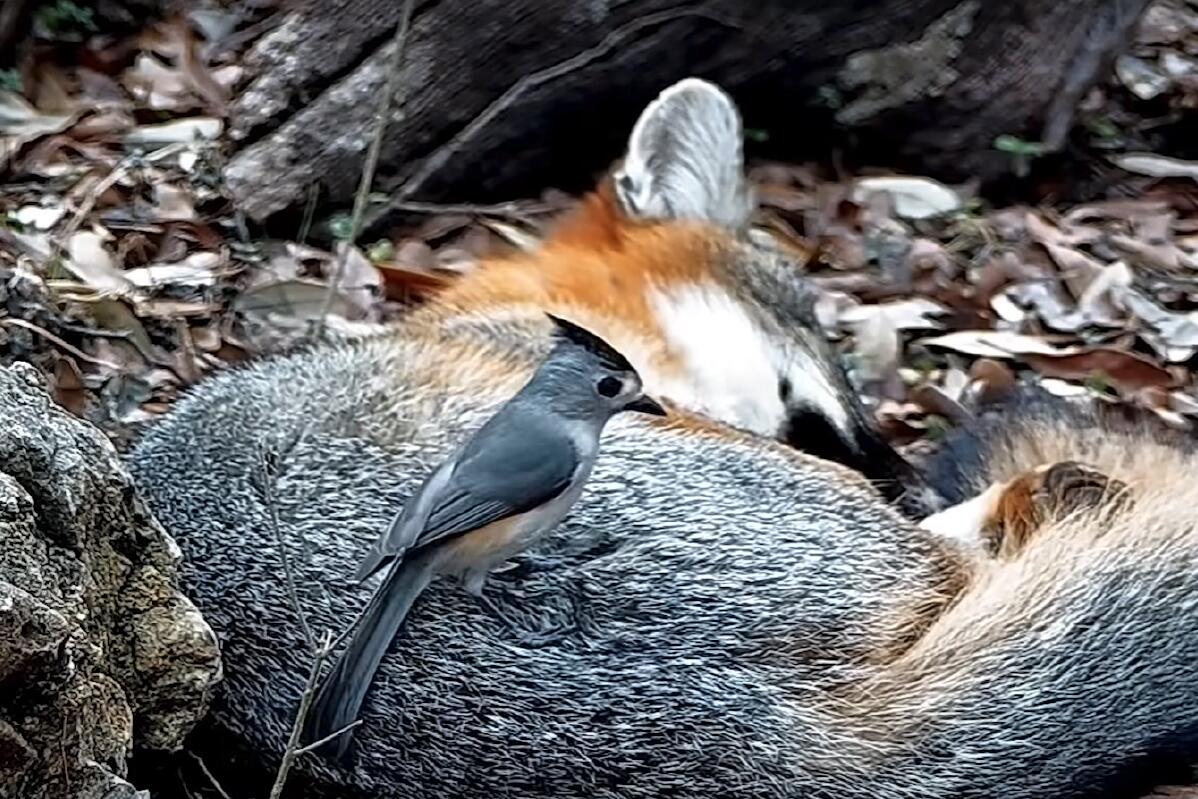 URBANA, Ill. -- Dozens of online videos document an unusual behavior among tufted titmice and their closest bird kin. A bird will land on an unsuspecting mammal and, cautiously and stealthily, pluck out some of its hair.

A new paper in the journal Ecology documents this phenomenon, which the authors call “kleptotrichy,” from the Greek roots for “theft” and “hair.” The authors found only a few descriptions of the behavior in the scientific literature but came up with dozens more examples in online videos posted by birders and other bird enthusiasts. In almost all the videorecorded cases, the thief is a titmouse plucking hair from a cat, dog, human, raccoon or, in one case, porcupine.

Many species of titmice, chickadees and tits – all members of the family Paridae – are known to use hair or fur to line their nests, said Mark Hauber, a professor of evolution, ecology and behavior at the University of Illinois Urbana-Champaign who led the write-up with postdoctoral researcher Henry Pollock. The hair’s role in the nest is still debated, although it is more commonly used by birds nesting in temperate climates, so maintaining warmth in the nest is thought to be one advantage.

The impetus for the study came from a chance sighting. Study co-author U. of I. natural resources and environmental sciences professor Jeffrey Brawn first observed the behavior with Pollock while on a spring bird count in central Illinois.

Read the rest of the story from the Illinois News Bureau.