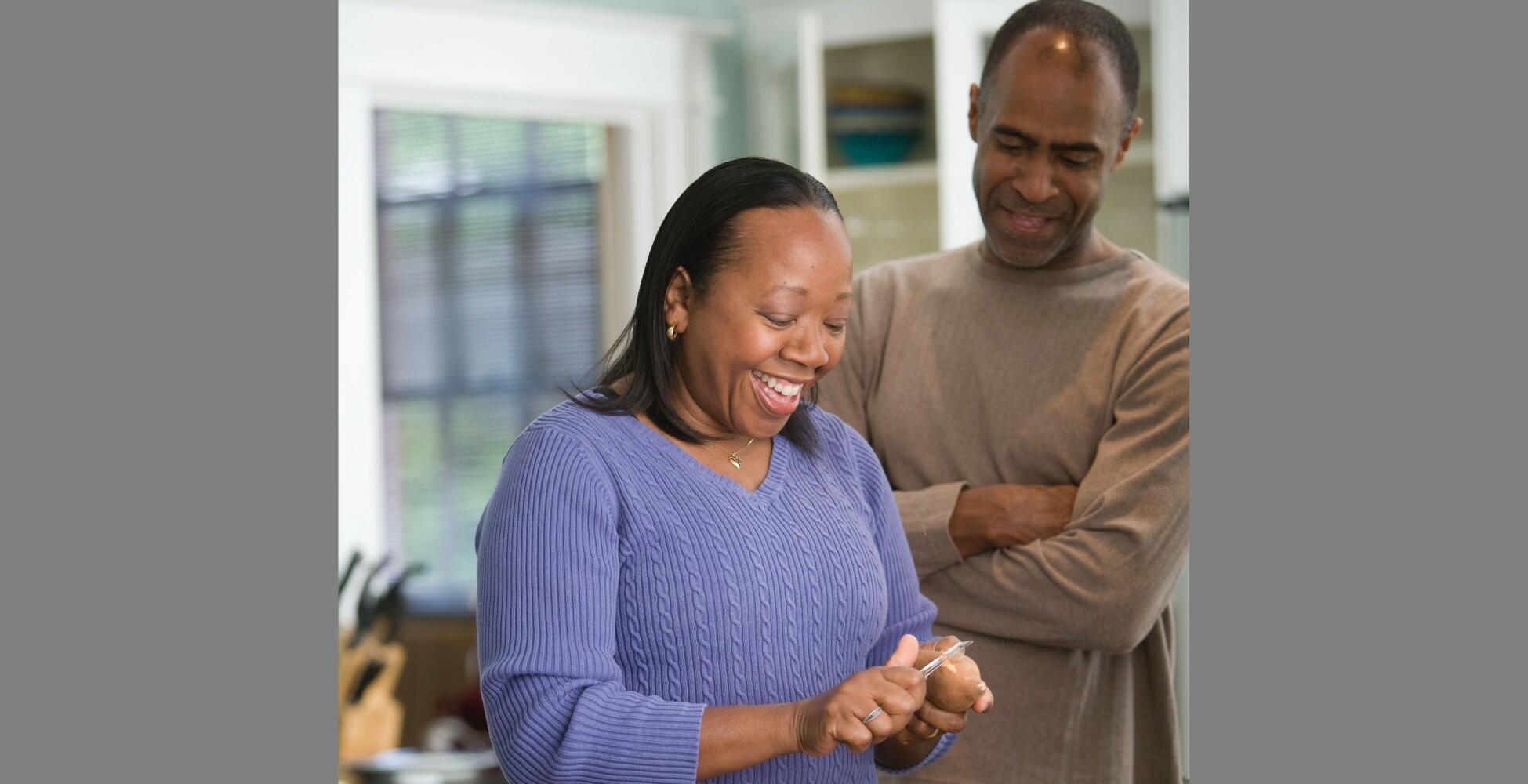 URBANA, Ill. – For individuals looking to improve their health in 2021, strengthening your couple relationship may be part of the answer, according to findings from a recent University of Illinois study.

The study examined long-term changes in partners’ health after participating in a new program for two-parent African American families.

“We found that when we strengthened the couple dyad, we observed collateral benefits. The couple relationship became stronger and that, in turn, leads to benefits in a variety of other areas, including better sleep, less depressive symptoms, and better perceived health overall,” says Allen Barton, assistant professor in the Department of Human Development and Family Studies at U of I and lead author on the study.

The program, Protecting Strong African American Families (ProSAAF), uses a cognitive behavioral approach with the goal of improving and strengthening couple interaction patterns and ways of thinking. Particular attention was devoted to contextual stressors that rural African Americans experience and helping couples prevent these stressors from spilling over into their relationship.

Barton and co-authors Justin Lavner and Steven Beach, University of Georgia, conducted the research with 346 African American families in rural Georgia. Half of the families were randomly selected to participate in ProSAAF, while the other half were assigned to a control group.

“We challenge unhelpful patterns of behavior and identify more effective ways of interacting, whether it’s from challenges inside or outside of the relationship,” Barton explains. “The goal is to help couples have a sense they are a team, and whatever challenges they face, they can overcome them together. We aim to unite the couple and help them see their partner as a source of support and not a source of frustration.”

The program consisted of six sessions over six weeks, conducted in the home with the help of a trained facilitator. Study participants also completed questionnaires on a variety of measures assessing physical, mental, and relationship health. The researchers collected data at four times–starting with a pre-test before program launch, followed by post-program surveys eight, 16, and 24 months after pre-test data collection.

“For some couples–particularly those experiencing a bit of distress in their relationship–research suggests programs like this will likely have more immediate and direct effects on improving individuals’ health and well-being. For others, improvements in health will be more drawn out, occurring after changes in the relationship have been more established. It’s like a cascade effect, where participating in the program leads to improvements in couple functioning and then these improvements in couple functioning, in turn, lead to better physical, mental, and behavioral health in individuals,” he says.

Barton and colleagues are conducting a follow-up study to gain a deeper understanding of health benefits from participating in programs like ProSAAF. For this, they will be collecting biological data from participants to examine program effects on participants’ cytokine levels, metabolic risk, and epigenetic aging (a measure of a person’s “biological age”).

The ProSAAF program was developed and implemented in the rural South, but similar programs are available in other areas. Barton recently launched the Illinois Strong Couples project in partnership with University of Illinois Extension to provide online relationship help for couples. The project utilizes ePREP, a scientifically based program for strengthening couple relationships that emphasizes similar concepts to ProSAAF. The Illinois Strong Couples Project is available for free to Illinois residents who are married, engaged, or have lived together for more than six months. Interested couples can sign up at go.illinois.edu/IllinoisStrongCouples.

The Department of Human Development and Family Studies is in the College of Agricultural, Consumer and Environmental Sciences, University of Illinois.

The article, “Can Interventions that Strengthen Couples’ Relationships Confer Additional Benefits for their Health? A Randomized Controlled Trial with African American Couples” is published in Prevention Science. [https://doi.org/10.1007/s11121-020-01175-7]