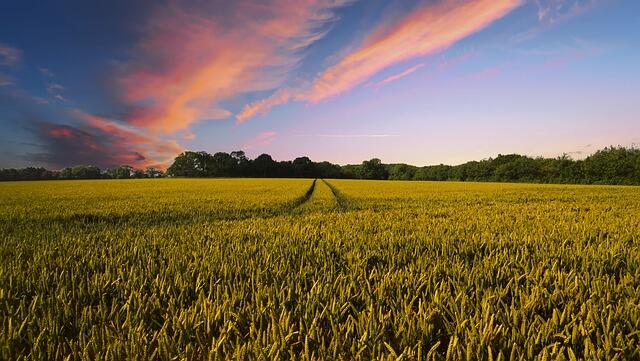 URBANA, Ill. – Topping the list of Australia’s major crops, wheat is grown on more than half the country’s cropland and is a key export commodity. With so much riding on wheat, accurate yield forecasting is necessary to predict regional and global food security and commodity markets. A new study published in Agricultural and Forest Meteorology shows machine-learning methods can accurately predict wheat yield for the country two months before the crop matures.

“We tested various machine-learning approaches and integrated large-scale climate and satellite data to come up with a reliable and accurate prediction of wheat production for the whole of Australia,” says Kaiyu Guan, assistant professor in the Department of Natural Resources and Environmental Sciences at the University of Illinois, Blue Waters professor at the National Center for Supercomputing Applications, and principal investigator on the study. “The incredible team of international collaborators contributing to this study has significantly advanced our ability to predict wheat yield for Australia.”

People have tried to predict crop yield almost as long as there have been crops. With increasing computational power and access to various sources of data, predictions continue to improve. In recent years, scientists have developed fairly accurate crop yield estimates using climate data, satellite data, or both, but Guan says it wasn’t clear whether one dataset was more useful than the other.

“In this study, we use a comprehensive analysis to identify the predictive power of climate and satellite data. We wanted to know what each contributes,” he says. “We found that climate data alone is pretty good, but satellite data provides extra information and brings yield prediction performance to the next level.”

Using both climate and satellite datasets, the researchers were able to predict wheat yield with approximately 75 percent accuracy two months before the end of the growing season.

“Specifically, we found that the satellite data can gradually capture crop yield variability, which also reflects the accumulated climate information. Climate information that cannot be captured by satellite data serves as a unique contribution to wheat yield prediction across the entire growing season,” says Yaping Cai, doctoral student and lead author on the study.

The researchers say the results can be used to improve predictions about Australia’s wheat harvest going forward, with potential ripple effects on the Australian and regional economy. Furthermore, they are optimistic that the method itself can be translated to other crops in other parts of the world.

The article, “Integrating satellite and climate data to predict wheat yield in Australia using machine learning approaches,” is published in Agricultural and Forest Meteorology [DOI: 10.1016/j.agrformet.2019.03.010]. Authors include Yaping Cai, Kaiyu Guan, David Lobell, Andries B Potgieter, Shaowen Wang, Jian Peng, Tianfang Xu, Senthold Asseng, Yongguang Zhang, Liangzhi You, and Bin Peng. The research was supported by NCSA, NASA, and the National Science Foundation. The Department of Natural Resources and Environmental Sciences is in the College of Agricultural, Consumer and Environmental Sciences at the University of Illinois.