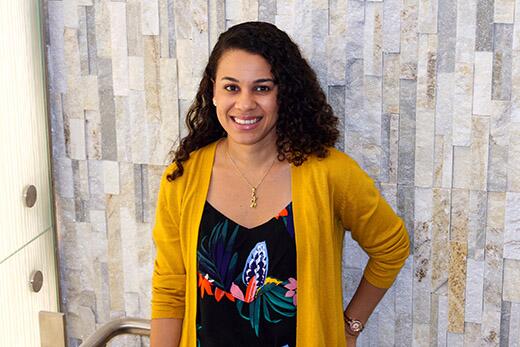 URBANA, Ill. – Careers in science, technology, engineering, and mathematics (STEM) are one of the fastest-growing areas of work in the United States, yet racial and gender disparities remain in STEM occupations.

A recent study from University of Illinois researchers examining reasons for such disparities shows the overall racial climate on a college campus—informed by experiences of racial microaggressions—is a contributing factor in the lack of representation of students of color in STEM education programs.

In other words, the study found when students of color in STEM majors felt excluded, invisible, or isolated on their college campus because of their race, sometimes combined with discouraging experiences in academic settings, they were less likely to continue in STEM.

“Racial microaggressions are subtle, as opposed to overt, behaviors or remarks that can serve to demean, degrade, invalidate, or otherwise make a person take a step back to try to figure out, ‘was that  because of my race?’ That's the difficult thing about racial microaggressions, they can catch you off guard to a point where, in the moment, you may not necessarily know how to react,” explains Jasmine Collins, assistant professor of organizational and community leadership in the Agricultural Leadership, Education and Communications program at Illinois and co-author of the study.

For the study, Collins and colleagues from disciplines including sociology and African American studies analyzed the experiences of students of color in STEM majors who reported experiencing racial microaggressions across three levels: on campus (characterized by students’ general feelings about being a student of color on their university campus); in academic settings (e.g., classrooms or exchanges with instructors or academic advisers); and with peers (e.g.. interpersonal interactions with other students).

Using data collected from more than 4,800 students of color at a large, public university in the United States, the study also found Black students in STEM majors are more likely to experience racial microaggressions than other students of color in STEM, with Black women reporting the highest rates.

Black men and women, Latina women, Asian women, and Indigenous women in the study, in particular, reported experiencing racial microaggressions more frequently at the campus level than in classrooms or between peers.

The researchers hope the findings from the study, published in the International Journal of STEM Education, will encourage STEM-related academic programs to address the larger campus culture in their classrooms and other academic settings. “The aim is not to call attention to a particular campus, but we do make the connection to the broader national context. Colleges and universities play an important role in the STEM pipeline,” Collins says.

Some students reported dropping out of STEM majors because of these experiences or having been encouraged by advisers or instructors to change to a non-STEM major.

As one respondent in the study, a Latina woman who changed from a STEM to a non-STEM major, noted, “I changed my desired major from Engineering to Latin American Studies because of my race and sadly encountered others like myself within the humanities who had to change their major because of their race. If you aren’t White, and you aren’t Asian, and you aren’t ‘Indian,’ you aren’t an engineer.”

One Black woman who is a STEM student noted, “A lot of people automatically assume that since I’m a Black female that I should be a [non-STEM] major. Every time I walk into a lab, I always get looks. I’m not sure if it’s because I don’t ‘look’ like a [STEM] major in general or if it’s because I’m Black.”

Others described eagerness to meet new people at the beginning of the school year, but experienced rejection when they tried to make friends.

A significant contribution of this study, Collins explains, is the layering of different levels at which students encountered microaggressions. “We introduce this framework of the campus racial climate to show how, for students of color in STEM who experience racial microaggressions, they not only receive messages in their classrooms, but it's part of the institutional fabric. It's the culture of the institution that tends to reinforce these messages.”

Collins says universities must find ways to create more welcoming and supportive environments for students of color, for all majors, and employ a level of accountability at the campus and departmental level.

“In order to educate our workforce, students have to come through our doors and if these are the kinds of experiences [students of color] are facing—the campus signals to them they don't belong in STEM, their peers in class don't want to work with them because they think they're incompetent, or their adviser recommends they switch majors because this might be too hard for them—if it's just message after message saying, ‘you don't belong here, you're not smart enough, you're not skilled enough to have this kind of job,’ then we're losing a lot of talent in the pipeline,” Collins says.

“It’s one of the reasons why we see such stark racial and gender disparities in the STEM workforce. And it really is a pipeline issue.”

Collins hopes to see a shift in research that focuses a little less on confirming that these things happen and focuses more on solutions. “I find it to be quite taxing as a scholar, and even personally as someone who also faces racial microaggressions, reading through the data in the midst of a global pandemic, in the midst of racial protests, and seeing that not a lot has changed,” she says. “I think we have enough evidence that these things occur.

“If we can find those ways to reenergize ourselves toward solutions and toward working collaboratively to find solutions, that's where I would love to see future research in this field go.”

Funding was provided in part by grants from the Center on Democracy in a Multiracial Society, Campus Research Board (including the Multiracial Democracy Initiative), Graduate College Focal Point, and University Housing at the University of Illinois, Urbana-Champaign.

Agricultural Leadership, Education, and Communications is housed in the College of Agricultural, Consumer and Environmental Sciences at University of Illinois Urbana-Champaign.