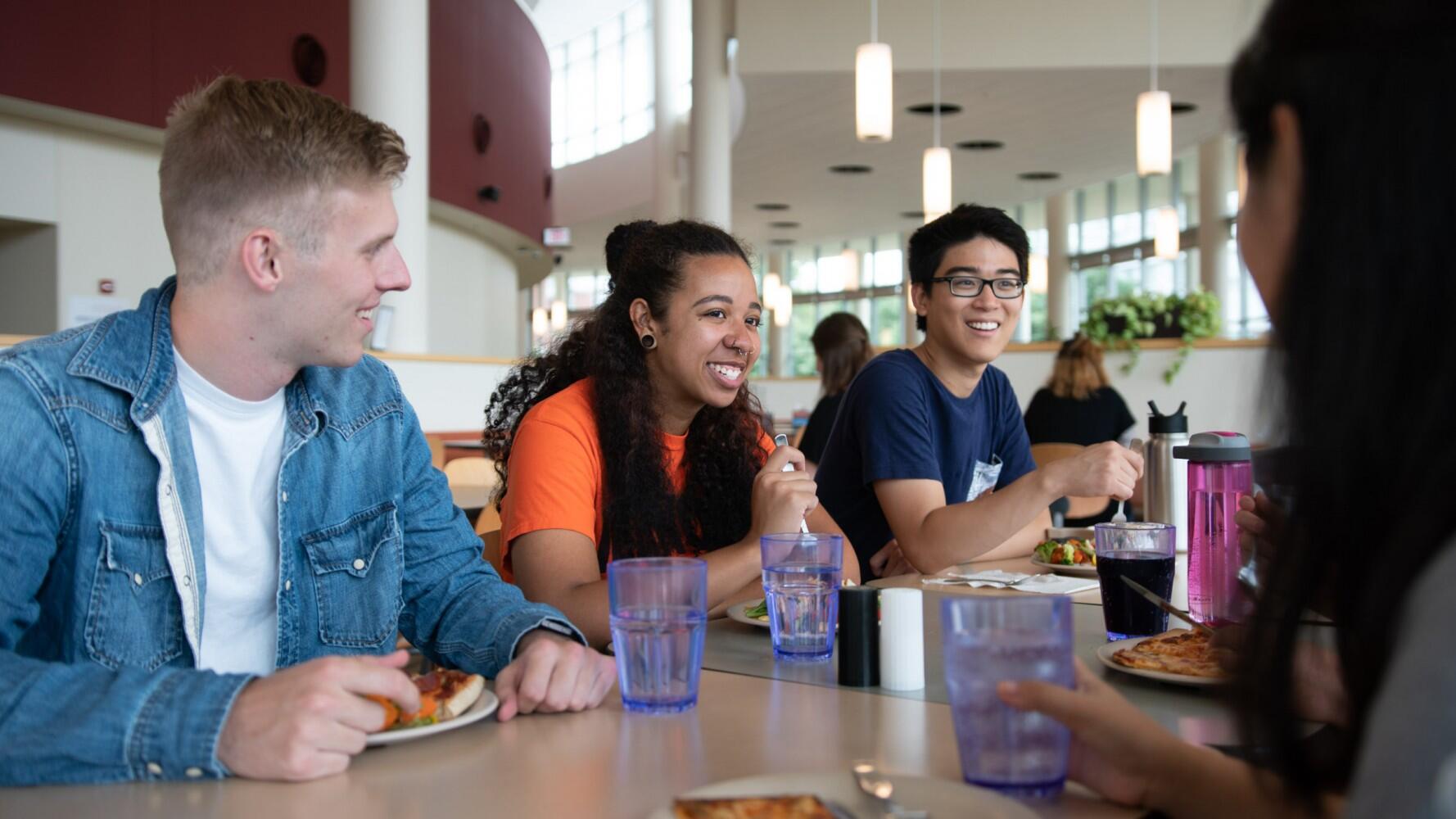 URBANA, Ill. ­– Food waste is a major problem in the U.S., and young adults are among the worst culprits. Many of them attend college or university and live on campus, making dining halls a prime target for waste reduction efforts. And a simple intervention can make a big difference, a University of Illinois study shows.

Shifting from round to oval plates with a smaller surface area can significantly reduce food waste in dining halls, says Brenna Ellison, associate professor in the Department of Agricultural and Consumer Economics (ACE) and co-author on the study.

“Americans waste about 31% of the food that is available at the retail and consumer levels,” Ellison says. “All-you-can-eat settings [common in dining halls] are extra challenging, because there's not the normal incentives to try to reduce waste on your own. When you pay a fixed amount of money to go and eat, you want to get your money's worth.”

“It wasn't as successful as we expected it to be,” she says. “So University Housing wanted to see if changing the plates would be a more successful way to reduce waste.”

Thurman Etchison, assistant director of dining­–facilities and equipment operations at U of I, says a 2016 waste study in campus dining halls showed about 3.3 ounces (93.5 grams) of wasted food per meal served. That amounted to 14,875 pounds (6,747 kilograms) per week across six residential dining hall locations.

“When we think about food waste in our setting, it is important to note it is not just the resources to produce the food that are wasted,” Etchison says. “There is a great deal of energy, water and labor that go into the refrigeration, preparation, transportation, and serving of this food that is wasted as well. If that were not enough, there is also the wasted energy, labor, and water that go into disposing of that food. The food we waste costs us more per pound than the food that is eaten.”

Ellison and co-authors Rachel Richardson, former graduate student in ACE, and Melissa Pflugh Prescott, assistant professor in the Department of Food Science and Human Nutrition, conducted the plate study in two University Housing dining halls on the U of I campus; both the round and oval plates were tested in each location, making sure to use the same menu for both plate types.

The researchers approached diners after they selected their food, and asked to take a picture of the plate and weigh the food. Diners then filled out a short survey, and when they were done eating and brought their tray to the dish return, the researchers again took a picture and weighed the remaining food.

The study included more than 1200 observations, and the researchers found significant reductions in food selection, consumption, and waste when diners used the oval plates. Overall, food waste went down from 15.8% of food selected for round plates to 11.8% for oval plates. That amounts to nearly 20 grams (0.7 oz) less food waste per plate, which adds up to a lot for a dining hall that serves thousands of meals, Ellison notes.

The researchers did not weigh plates for any diners who went back for seconds, Ellison says. They did ask diners if they went back for seconds on the survey. Using this information, they estimated the potential effects of seconds and found it would not significantly change the results.

Ellison concludes that changing plate type is a viable strategy to reduce food waste, though dining hall managers need to weigh the cost of purchasing new plates against the potential savings. Combining the direct-nudge approach of smaller plates with an education campaign may be even more effective, she notes.

This research was supported by funding from the National Institute of Food and Agriculture, U.S. Department of Agriculture, under award number ILLU-470–334.