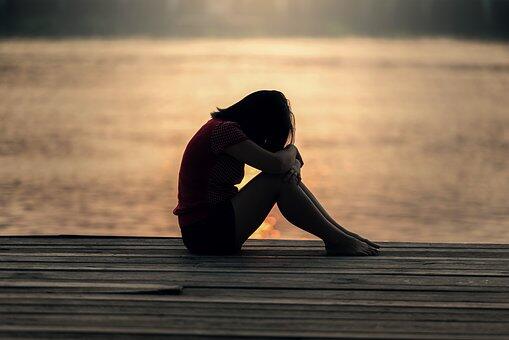 URBANA, Ill. – Having a crummy day at work or feeling overwhelmed at home? Your gut microbes may be related to those negative emotions, a new University of Illinois study suggests.

In the study, published in the journal Nutritional Neuroscience, nutirition researchers looked at associations between diet, bacteria in the gut microbiota, and symptoms of stress, anxiety, and depression in otherwise healthy adults.

The study provides further evidence that the human gastrointestinal microbiota—the collection of trillions of bacteria that reside throughout the gastrointestinal (GI) tract—may play a role in mood.

Hannah Holscher, assistant professor of nutrition in the Department of Food Science and Human Nutrition at U of I and co-author of the study, explains that while some microbes in the gut have been increasingly linked to health outcomes, including mental health, human studies are limited.

“There are several ways that microbes may be connected with mental health. One way is through microbial signaling from the gut to the brain via the vagus nerve,” Holscher explains. “The vagus nerve provides a pathway for communication between the gut and the brain. Microbes and microbial metabolites can influence communication along the gut-microbiota-brain axis because certain gut microbes can produce neurotransmitters, including gamma-aminobutyric acid (GABA) and acetylcholine.”

Holscher and her team used a validated questionnaire (DASS-42) to query depression, anxiety, and stress symptoms in 133 healthy adult participants between the ages of 25-45. The researchers looked at DASS scores along with results of a food questionnaire that generated a Healthy Eating Index score for each individual. Fecal samples were also collected from the participants in order to assess the bacteria present.

For the cross-sectional study, they focused on microbes that had been previously studied in animals or humans to determine if there were associations between gut microbes and mood in healthy adults.

“We observed relationships between a number of bacterial taxa and the DASS scores,” Holscher explains. Of those microbes, two specifically stood out: Lactobacillus and Bifidobacterium, two genera of bacteria that may be familiar because strains of these bacteria can also be found in foods like yogurt.

Interestingly, Holscher says, Bifidobacterium were related to lower anxiety scores in females, while males who had a greater abundance of Lactobacillus had lower scores on the depression scale.

“We have to remember that this study only shows correlations and causality cannot be determined,” Holscher says. “However, other studies have shown that Bifidobacterium and Lactobacillus may be contributing to mood by producing neurotransmitters that signal along the gut-brain axis.”

Another significant finding from the study was the relationship between the Healthy Eating Index component, which queried different categories of the diet, and mood. Individuals who consumed more total fruit or dairy had lower depression and stress scores.

“Diet is certainly part of the story but it’s not the only part,” Holscher says. “Having more fruits and vegetables and fiber has been related to more positive mood states. Our study adds to the literature because it indicates that there may be a microbial component, as well.

“It is important to account for diet when studying connections between gut microbes and mood,” she adds. “Diet has a strong impact on the microbiota.”

“There is a connection between diet and the microbiota, and eating a lot of different types of fruits, vegetables, whole grains, nuts, and legumes will help support a healthier gut. Our research indicates that it might not just help support gut health, but cognitive health and mood, as well,” Holscher says.

Because Holscher and her team were only able to assess correlations between “microbes of interest” and mood in the current study, they plan to move on to intervention trials in the future.

“We’re very interested in prebiotics because several prebiotic fibers, like FOS and galactooligosaccarides (GOS), are known to stimulate the growth of microbes like Bifidobacterium and Lactobacillus and help support human health,” she explains.

The paper, “Associations among diet, the gastrointestinal microbiota, and negative states in adults,” is published in Nutritional Neuroscience [DOI: 10.1080/1028415X.2019.1582578]. Co-authors include Andrew M. Taylor, Sharon V. Thompson, Caitlyn G. Edwards, Salma M.A. Musaad, Naiman A. Khan, and Hannah D. Holscher. Holscher’s lab is in the College of Agricultural, Consumer and Environmental Sciences at U of I.

The research was supported by a USDA National Institute of Food and Agriculture Hatch project. Partial support was provided by a grant from the Hass Avocado Board.