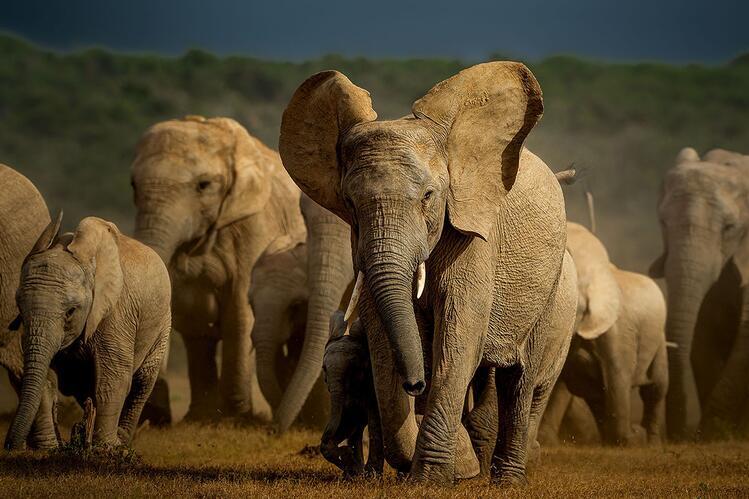 CHAMPAIGN, Ill. — A new DNA-collection approach allows scientists to capture genetic information from elephants without disturbing the animals or putting their own safety in jeopardy. The protocol, tested on elephant dung, yielded enough DNA to sequence whole genomes not only of the elephants but also of the associated microbes, plants, parasites and other organisms – at a fraction of the cost of current approaches.

The researchers report their findings in the journal Frontiers in Genetics.

“We combined existing methodologies in such a way that we are now able to use noninvasive samples to generate genome-scale data,” said Alida de Flamingh, a postdoctoral researcher at the University of Illinois Urbana-Champaign who led the work with U. of I. animal sciences professor Alfred Roca. “This allows us to assess wildlife populations without having to dart, capture or immobilize animals.”