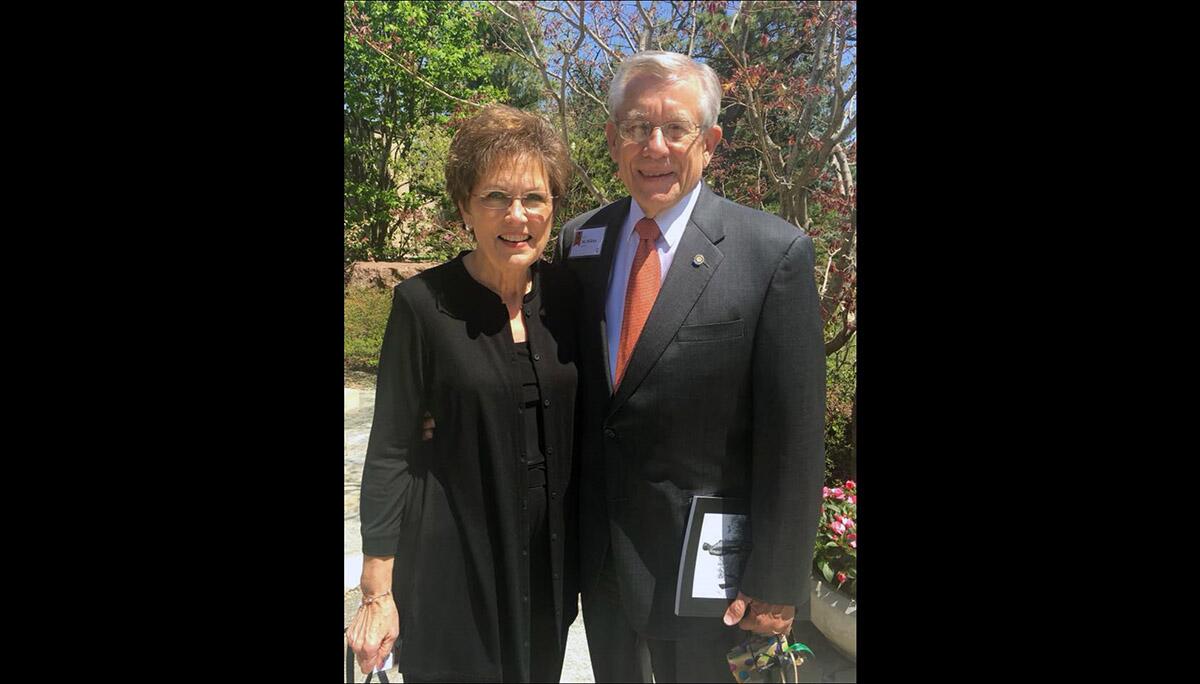 “It was the right thing to do, and it's a demonstration that this is not just for companies to support. It's also an opportunity for individuals who believe in the University of Illinois and the College of Agricultural, Consumer and Environmental Sciences (ACES) to support the critical research contributions ACES makes to animal nutrition,” says McMillan, a 1969 agricultural science graduate, former CEO of Purina, and 12-year member and two-year chair of the University of Illinois Board of Trustees.

He adds, “This new facility allows ACES to move beyond the capabilities of their 1920s era feed mill into feed technology research in both livestock feeds and pet foods. With state-of-the-art extrusion, pelleting, and sensor equipment, the Feed Technology Center puts Illinois into a category with national leaders in feed manufacturing technology.”

McMillan and his wife Judy say their gift honors the entire McMillan family, including Ed’s parents, Keith and Opal; his brother Ken, a former state senator; their adult children Kelly and Kyle; and their grandchildren, including current ACES student Lauren.

“Our parents were tenant farmers out of McDonough County. It was important to them that my brother and I pursue opportunities that weren’t available to them or their parents,” McMillan says. “Thanks to our parents’ initial encouragement to attend the University of Illinois in the College of ACES, their kids, grandkids, and great grandkids have gone on to do big things, and it all came from the basis of an Illinois education and being involved in agriculture. That's our history.”

McMillan’s brother, Ken, also an ACES alum, adds, “When an institution has been a big part of your life, and you can look back and say, ‘I might not have accomplished what I was able to accomplish without the University of Illinois, and particularly the College of ACES,’ you want to make a gesture to say thank you. Being able to give to that institution is one thing we can do to show our gratitude.”

McMillan moved into sales management at Purina immediately after graduating from U of I, and quickly climbed the ranks to become CEO of the global animal nutrition company at the age of 41. Humble almost to a fault, he insists he was simply at the right place at the right time as he advanced through his career, which culminated in leading a private mergers and acquisitions firm for 25 years prior to his retirement in December 2019.

Called to honor his parents’ sacrifices and the many opportunities laid before him at U of I, McMillan threw himself into service from an early point in his career, eventually sitting on 15 corporate and non-profit boards.

“I think I was on nine boards at one point,” he recalls.

McMillan constantly sought to better the College of ACES and U of I, serving on advisory boards for the animal sciences and agricultural and consumer economics departments; serving on and chairing the Board of Directors for the university’s Alumni Association; and chairing the Board of Managers for both the University of Illinois Research Park and Illinois VENTURES, LLC.

“Although our paths had crossed occasionally, it was not until I became Head of the Department of Animal Sciences with Ed serving as a member of the External Advisory Committee that I began to truly appreciate his capacity to provide solid advice and to do so with absolute selflessness,” says Robert Easter, President Emeritus of the University of Illinois.

But his role as University of Illinois trustee was arguably McMillan’s biggest contribution.

“It's an honor and a privilege to serve as a trustee. It really is. But it's also an enormous obligation,” he notes.

Appointed to the Board of Trustees in 2009, McMillan helped right the ship through an admissions scandal, an historic state financial crisis, and the hiring of five university presidents and eight chancellors in six years.

Easter was one of those presidents. He recalls, “During my final year as President of the UI System, it was a privilege to work alongside with Ed in his role as Chair of the Board of Trustees. I believe his only reward for service to his alma mater was the pleasure that comes from knowing he made a difference.”

But the turnover in university leadership during McMillan’s tenure was unprecedented.

“It felt like we were in the middle of a revolving door and could never get out of it. It was just constant turmoil,” McMillan says. “The role of the trustees is to maintain the integrity and the global reputation of the University of Illinois, which is considered one of the highest quality universities in the world in terms of education, research, outreach, and technology commercialization. And at the end of the day, through all that turmoil, our job is to maintain and enhance and expand that global reputation. I think we did that.”

McMillan also helped the board prioritize agriculture at the highest levels of the university system.

“As a land-grant institution, the University of Illinois honors both its history and its future as it continually keeps agriculture and feeding the world top of mind,” says Kim Kidwell, College of ACES dean. “Voices like Ed’s ensure that innovation and transformation are part of the mix – that agriculture and all the related fields continue to produce progressive careers that matter for graduates helping take on grand challenges today, tomorrow, and beyond.”

With his departure from the Board of Trustees in January 2021, McMillan is scaling way back.

“While I know I’ve still got things to give, my wife reminds me it's about time we quit planning our whole calendar around my board meetings and start spending more time with our grandkids, traveling, and, at 75, just trying to enjoy what years we have left. So that's what I'm trying to do,” he says. “Sometimes she doesn't believe me that I'm serious about this, but I really am.”

While his decades of dedicated service to the university and ACES may be at an end, his gift to the Feed Technology Center means he’s not done giving.

“The University gave me an opportunity to have this wonderful life, and I feel obligated to give back. I’m just thankful I had opportunity to do it,” McMillan says.

To give to the Feed Technology Center, contact the ACES Office of Advancement at 217-333-9355. Or visit https://aces.illinois.edu/giving/staff.