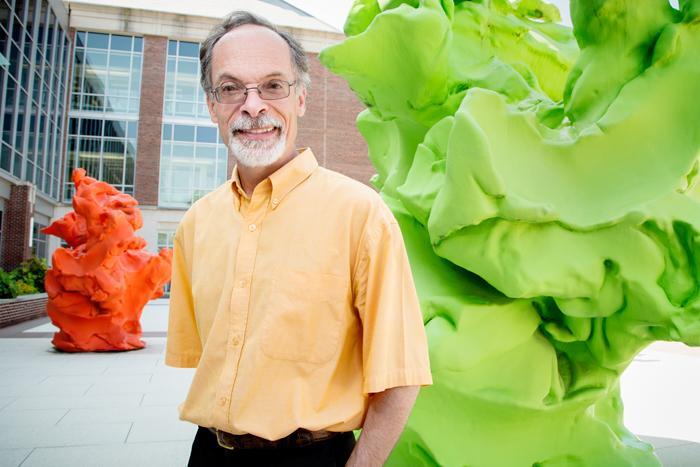 URBANA, Ill. – With cities around the globe locking down yet again amid soaring COVID-19 numbers, could seasonality be partially to blame? New research from the University of Illinois says yes.

In a paper published in Evolutionary Bioinformatics, Illinois researchers show COVID-19 cases and mortality rates, among other epidemiological metrics, are significantly correlated with temperature and latitude across 221 countries.

“One conclusion is that the disease may be seasonal, like the flu. This is very relevant to what we should expect from now on after the vaccine controls these first waves of COVID-19,” says Gustavo Caetano-Anollés, professor in the Department of Crop Sciences, affiliate of the Carl R. Woese Institute for Genomic Biology at Illinois, and senior author on the paper.

The seasonal nature of viral diseases is so widespread that it has become part of the English vernacular.  For example, we often speak of the “flu season” to describe the higher incidence of influenza during the cold winter months. Early in the pandemic, researchers and public health officials suggested SARS-CoV-2 may behave like other coronaviruses, many of which rear their heads in fall and winter. But data was lacking, especially on the global scale. The work of Caetano-Anollés and his students fills that specific knowledge gap.

First, the researchers downloaded relevant epidemiological data (disease incidence, mortality, recovery cases, active cases, testing rate, and hospitalization) from 221 countries, along with their latitude, longitude, and average temperature. They pulled the data from April 15, 2020, because that date represents the moment in a given year in which seasonal temperature variation is at its maximum across the globe. That date also coincided with a time during the early pandemic when COVID-19 infections were peaking everywhere.

The research team then used statistical methods to test if epidemiological variables were correlated with temperature, latitude, and longitude. The expectation was that warmer countries closer to the equator would be the least affected by the disease.

“Indeed, our worldwide epidemiological analysis showed a statistically significant correlation between temperature and incidence, mortality, recovery cases, and active cases. The same tendency was found with latitude, but not with longitude, as we expected,” Caetano-Anollés says.

While temperature and latitude were unmistakably correlated with COVID-19 cases, the researchers are quick to point out climate is only one factor driving seasonal COVID-19 incidence worldwide.

They accounted for other factors by standardizing raw epidemiological data into disease rates per capita and by assigning each country a risk index reflecting public health preparedness and incidence of co-morbidities in the population. The idea was that if the disease was surging in countries with inadequate resources or higher-than-average rates of diabetes, obesity, or old age, the risk index would appear more important in the analysis than temperature. But that wasn’t the case. The index did not correlate with the disease metrics at all.

Earlier work from Caetano-Anollés and his coworkers identified areas in the SARS-CoV-2 virus genome undergoing rapid mutation, some represented in the new virus variant out of Britain, and other genomic regions becoming more stable. Since similar viruses show seasonal upticks in mutation rates, the research team looked for connections between mutational changes in the virus and temperature, latitude, and longitude of the sites from which genomes were sampled worldwide.

“Our results suggest the virus is changing at its own pace, and mutations are affected by factors other than temperature or latitude. We don't know exactly what those factors are, but we can now say seasonal effects are independent of the genetic makeup of the virus,” Caetano-Anollés says.

Caetano-Anollés notes more research is needed to explain the role of climate and seasonality in COVID-19 incidences, but he suggests the impact of policy, such as mask mandates, and cultural factors, such as the expectation to look out for others, are key players as well. However, he doesn’t discount the importance of understanding seasonality in battling the virus.

The researchers say our own immune systems could be partially responsible for the pattern of seasonality. For example, our immune response to the flu can be influenced by temperature and nutritional status, including vitamin D, a crucial player in our immune defenses. With lower sun exposure during the winter, we don’t make enough of that vitamin. But it’s too soon to say how seasonality and our immune systems interact in the case of COVID-19.

“We know the flu is seasonal, and that we get a break during the summer. That gives us a chance to build the flu vaccine for the following fall,” Caetano-Anollés says. “When we are still in the midst of a raging pandemic, that break is nonexistent. Perhaps learning how to boost our immune system could help combat the disease as we struggle to catch up with the ever-changing coronavirus.”

The article, “Temperature and latitude correlate with SARS-CoV-2 epidemiological variables but not with genomic change worldwide,” is published in Evolutionary Bioinformatics [DOI: 10.1177/1176934321989695]. Authors include Prakruthi Burra, Katiria Soto-Díaz, Izan Chalen, Rafael Jaime Gonzalez-Ricon, Dave Istanto, and Gustavo Caetano-Anollés. The work was supported by the Office of Research and the Office of International Programs in the College of Agricultural, Consumer and Environmental Sciences at the University of Illinois at Urbana-Champaign.