The little algae that could: algal growth helps clean up toxic wastewater 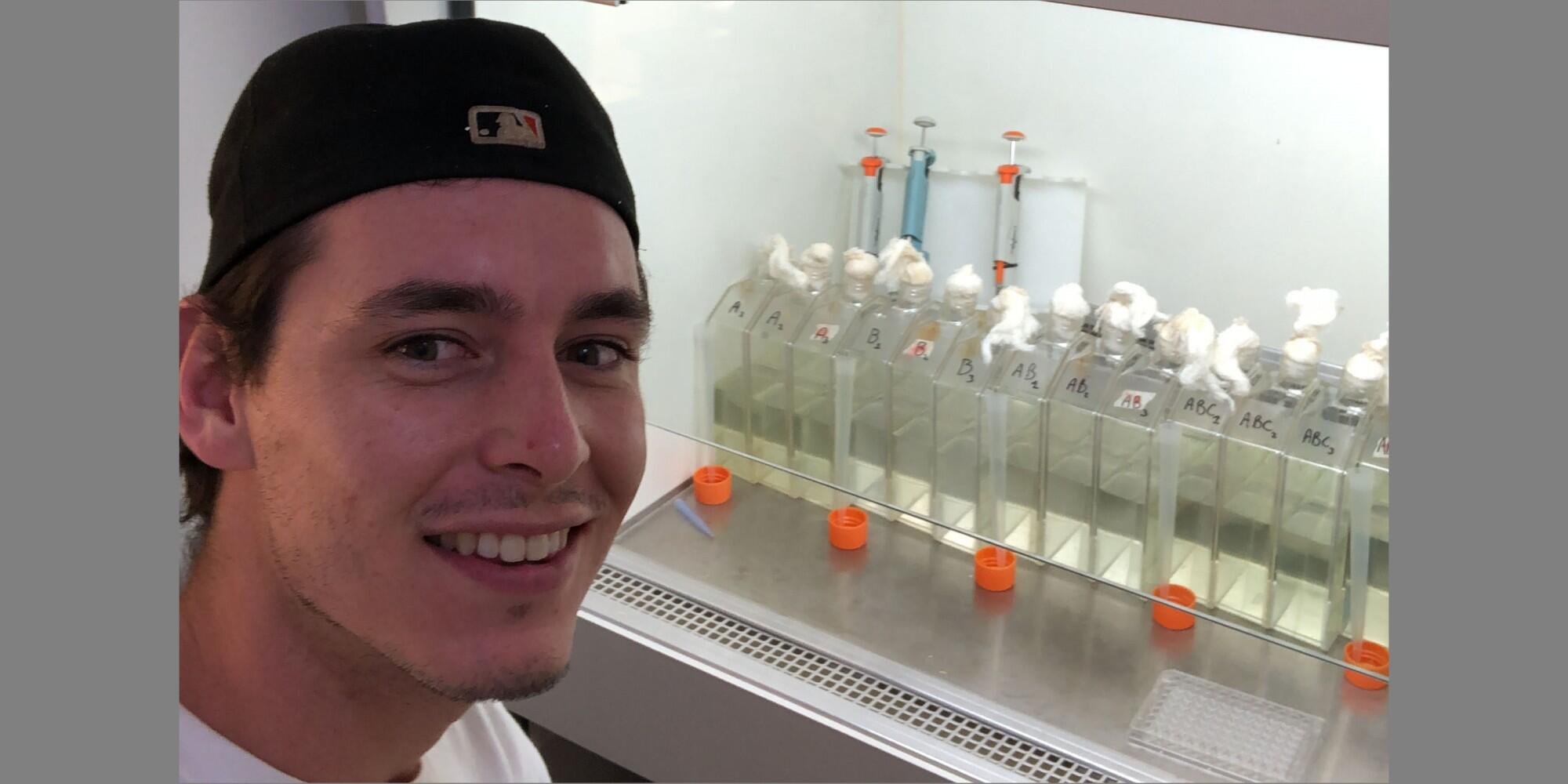 The little algae that could: algal growth helps clean up toxic wastewater

URBANA, Ill. – You may not want to see algae spreading a green carpet on your favorite lake. But in toxic wastewater, tiny algal organisms become potent powerhouses that eat nutrients and produce oxygen, helping to convert poisonous sludge to reusable biomass.

A new study from the University of Illinois explores growth and viability of four different algae species in wastewater from biocrude oil production.

“The Hydrothermal Liquefaction (HTL) process uses high temperature and pressure to convert different types of wet organic waste into renewable biocrude oil. This process yields post HTL wastewater (PHW), a toxic byproduct that needs to be remediated,” says Michael Stablein, doctoral student in Agricultural and Biological Engineering (ABE) at U of I and lead author on the paper, published in Algal Research.

“Algae have the ability to uptake nutrients like nitrogen and phosphorus, as well as grow valuable biomass, which can be recycled back into the HTL process for production of more oil,” he adds.

PHW is so toxic it needs to be diluted up to 200 times before algae growth becomes viable. This makes the process expensive and diverts water resources from other purposes, such as drinking water and irrigation. Identifying which algae perform best in the toxic environment can help make biocrude oil production more feasible.

The researchers treated food waste from a university dining hall with HTL and subsequently collected the PHW. They explored the growth rate, viability, cell density, and photosynthetic activity of the algae in 0, 0.5, 1.0, and 2.0% PHW concentrations.

“We wanted to look at the inhibitory effects on the growth rates of the cells and how the cells are adapting to the toxic effects of the wastewater,” Stablein says.

One species, C. sorokiniana (CS) stood out for its ability to grow and adapt to the toxic environment.

“Biomass production of the cells went up as we increased wastewater concentration. We realized this was because the algae were changing their metabolism, or their biochemistry, to better use the favorable organic nutrients from the wastewater. They had to rearrange the way they were conserving and utilizing energy within their cells,” Stablein explains.

CS also showed the greatest propensity for mixotrophic growth, which is the ability to utilize both organic and inorganic energy sources. Autotrophic organisms derive nutrients from inorganic sources and sunlight through photosynthesis, while heterotrophs rely on organic sources for nutrition. Algae have the capacity for mixotrophic metabolism, combining the two approaches.

While CS had decreased photosynthesis activity, it grew more than any of the other species, indicating it employed mixotrophy for optimal utilization of organic and inorganic nutrients in the toxic environment. CS also shifted from production of chlorophyll A, which is predominant under normal autotrophic growth conditions, to chlorophyll B, indicating it was adapting to capture energy from the environment in different ways.

Because of its viability under toxic conditions, CS is an ideal candidate for algae biomass production, the researchers say. Their findings also provide new insights into photobiology of microalgae under the physiological limitations of PHW, helping to inform future efforts into wastewater treatment.

Stablein conducted the research at the Federal University of São Carlos in Brazil. He established the international connection while studying in Brazil for 14 months after the completion of his ABE master’s degree courses in 2016. He returned to Brazil in early 2020 to conduct the algae research with professor of phycology Ana Lombardi, who specializes in microalgae ecophysiology.

Yuanhui Zhang, Founder Professor of agricultural and biological engineering at U of I, is also a co-author on the paper. Zhang’s research lab focuses on HTL conversion of biowaste and recovery of nutrients in PHW by biological and physio-chemical means.

Partial funding for this research was provided by the University of Illinois Student Sustainability Committee and the ACES Office of International Programs (OIP).