Research could save years of breeding for new Miscanthus hybrids 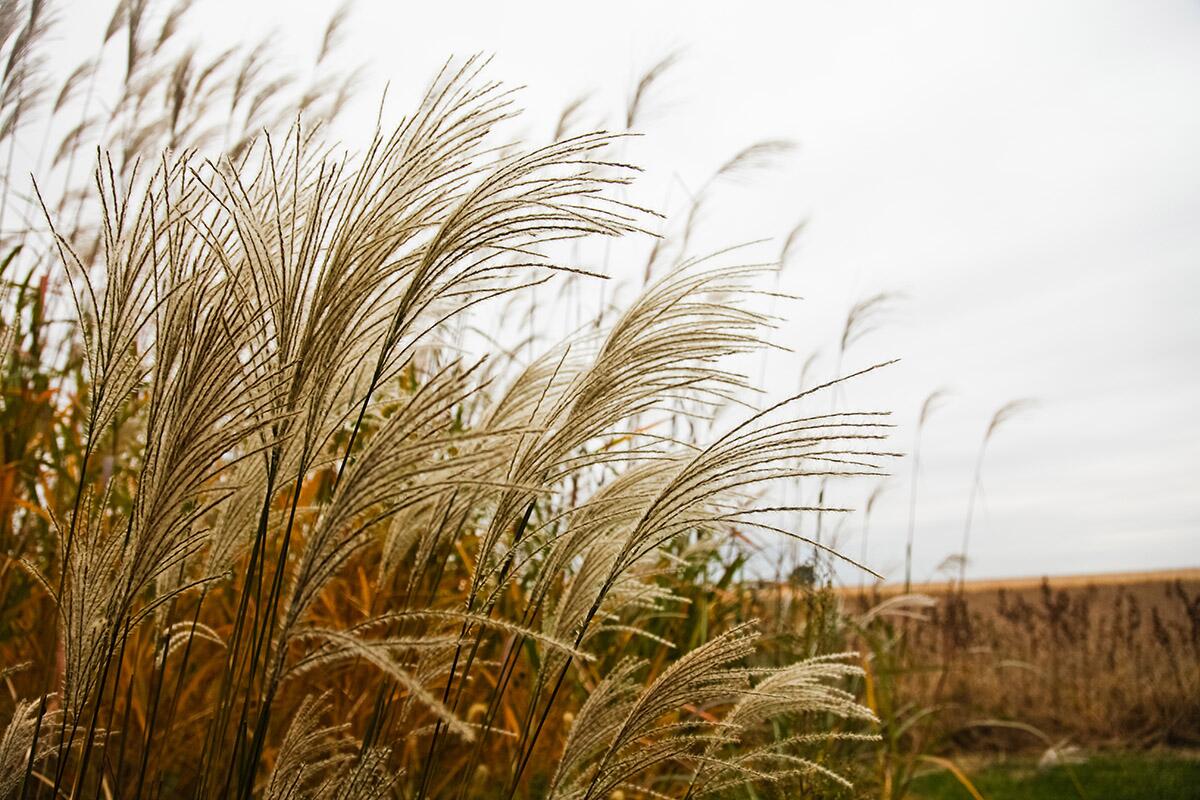 Research could save years of breeding for new Miscanthus hybrids

URBANA, Ill. – As climate change becomes increasingly difficult to ignore, scientists are working to diversify and improve alternatives to fossil-fuel-based energy. Renewable bioenergy crops, such as the perennial grass Miscanthus, show promise for cellulosic ethanol production and other uses, but current hybrids are limited by environmental conditions and susceptibility to pests and diseases.

Breeders have been working to develop new Miscanthus hybrids for years, but the clonal crop’s sterility, complex genome, and long time to maturity make conventional breeding difficult. In a new study, University of Illinois researchers mine the crop’s vast genomic potential in an effort to speed up the breeding process and maximize its most desirable traits.

“The method we’re using, genomic selection, can shorten the time it takes to breed a new hybrid by at least half,” says Marcus Olatoye, lead author on the study and postdoctoral researcher in the Department of Crop Sciences at Illinois. “That’s the overall goal.”

In conventional breeding, one typical approach is for researchers to grow individuals from a diverse set of populations and select those with the best traits for mating. But, for Miscanthus, those traits don’t show up until plants are 2-3 years old. Even after plants from this first generation are mated, it takes the offspring another 2-3 years to reveal whether the desired traits were faithfully passed on.

In genomic selection, scientists take genetic samples from seeds or seedlings in a target population. This is the group of plants that would ordinarily have to be grown to maturity before experimental crosses are made. Meanwhile, the researchers compile both genetic and phenotypic data from related populations, known as reference or training sets, into a statistical model. Cross-referencing genetic data from the target population with data in the model allows the researchers to predict the phenotypic outcome of hypothetical crosses within the target population.

This allows breeders to cut to the chase, pursuing only the most promising crosses with further field testing.

“Ideally, this process could allow breeders to make selections based on predicted phenotypic values before plants are even planted,” says Alex Lipka, associate professor of biometry in the Department of Crop Sciences and co-author on the study. “Specifically, we want to make selections to optimize winter hardiness, biomass, disease tolerance, and flowering time in Miscanthus, all of which limit the crop’s performance in various regions of North America.”

Although it’s not a simple process in the best of times, genomic selection in Miscanthus is orders of magnitude more challenging than in other crops. The hybrid of interest, Miscanthus × giganteus, is the product of two separate species, Miscanthus sinensis and Miscanthus sacchariflorus, each of which have different numbers of chromosomes and contain a great deal of variation within and across natural populations.

“As far as we know, no one has tried to train genomic selection models from two separate species before. We decided to go totally nuts here,” Lipka says. “Unfortunately, we found the two parent species do not do a very good job of predicting biofuel traits in Miscanthus × giganteus.”

The problem was twofold. First, the statistical model simply revealed too much genetic variation among parental subpopulations to capture the impact of genes controlling biofuel traits. This meant the parental populations chosen for the reference set were too diverse to reliably predict traits in the hybrid Miscanthus × giganteus. And second, the genes controlling a particular trait – like those related to biofuel potential – seemed to be different in the two parent species.

In other words, the genomes contributing to Miscanthus × giganteus are highly complex, explaining why the statistical approach had a hard time predicting traits in offspring from the two parents.

Still, the research team kept trying. In a simulation study, Olatoye created 50 Miscanthus × giganteus families, each derived from parents randomly selected from both species. He selectively dialed genetic contributions of each parent up and down, and these contributions formed the genetic basis of simulated phenotypes. The intention of the study was to provide a better view of which individuals and populations might be most valuable for crosses in real life.

“The results suggest the best strategy for utilizing diversity in the parents is to fit genomic selection models within each parental species separately, and then add the predicted Miscanthus × giganteus trait values from the two models separately,” Olatoye says.

Although the researchers have more work to do, the simulation study proved genomic selection can work for Miscanthus × giganteus. The next step is further refining which populations are used to train the statistical model and evaluating crosses in the field.

The article, “Training population optimization for genomic selection in Miscanthus,” is published in G3: Genes, Genomes, Genetics [DOI: 10.1534/g3.120.401402]. University of Illinois authors include Marcus Olatoye, Lindsay Clark, Nicholas Labonte, Stephen Long, Erik Sacks, and Alex Lipka. This research was supported by a grant from the U.S. Department of Energy.