Think climate change is bad for corn? Add weeds to the equation 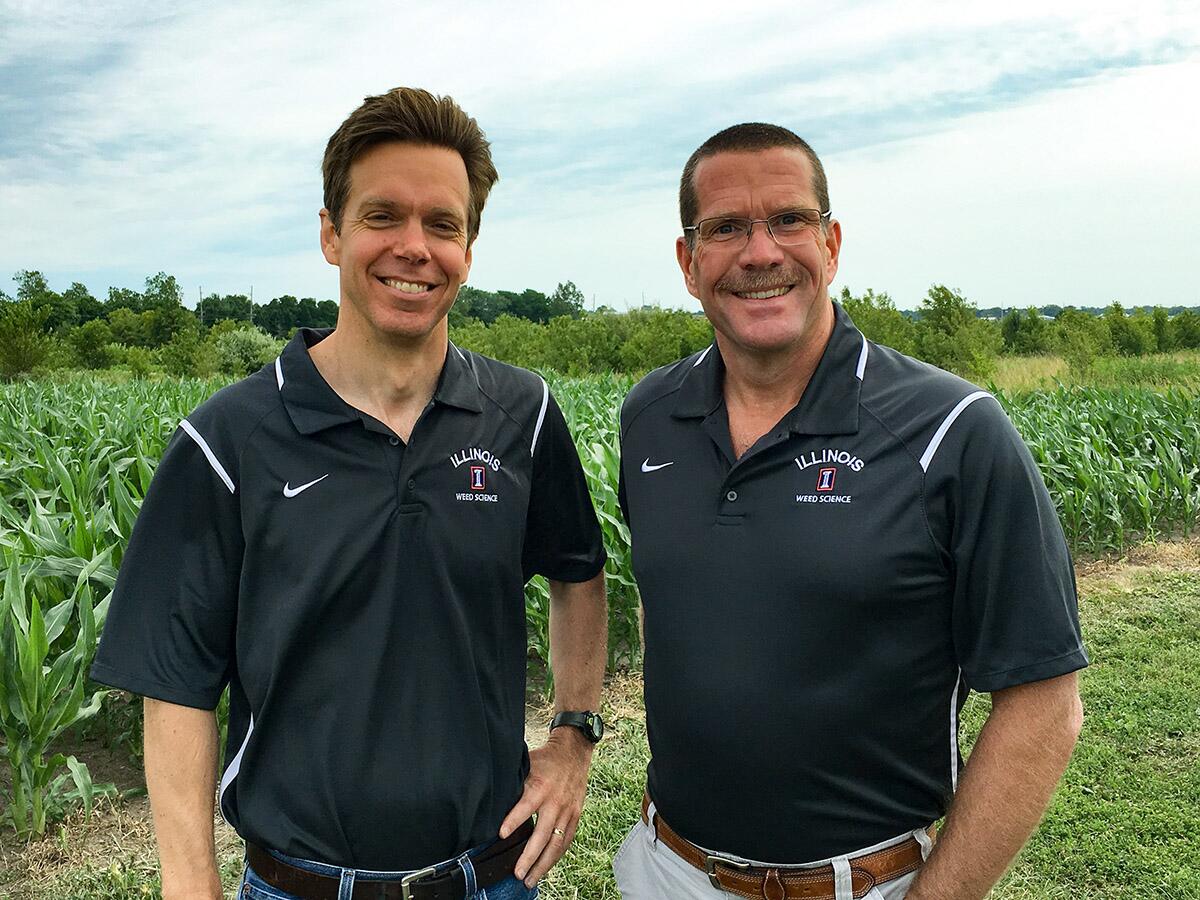 Think climate change is bad for corn? Add weeds to the equation

URBANA, Ill. – By the end of the century, scientists expect climate change to reduce corn yield significantly, with some estimating losses up to 28%. But those calculations are missing a key factor that could drag corn yields down even further: weeds.

Wetter springs and hotter, drier summers, already becoming the norm in the Corn Belt, put stress on corn during key reproductive stages, including silking and grain fill. But those same weather conditions can benefit the scrappy weeds that thrive in tough environments.

“Adverse weather and weeds are two stressors to crop production, but there's been very little research into how the combination of those two factors influence crop yield. Computer models projecting corn yields into the future are assuming weed-free conditions,” says Marty Williams, USDA-Agricultural Research Service ecologist, affiliate professor in the Department of Crop Sciences at Illinois, and co-author on a new study in Global Change Biology. “That's unlikely to be the case without a major transformation in the way we manage weeds.”

Complete weed control is rarely achieved in practice, especially considering herbicides – the single most common tool used to destroy weeds – are losing ground to resistant weeds. Several important weed species, including waterhemp and Palmer amaranth, can shrug off multiple herbicide modes of action. And with no new classes of herbicides nearing commercialization in corn, the prospects for chemical control continue to dim for resistant weeds.

Yet, late-season control of weeds such as waterhemp was the most important factor impacting corn yield; bigger than any management practice or weather-related factor.

To arrive at that conclusion, the research team, which includes U of I crop scientists Christopher Landau and Aaron Hager, analyzed 27 years of herbicide evaluation trials representing more than 200 unique weather environments throughout Illinois.

“When ag researchers want to look at weather variation and crop yield in a controlled manner, generally that’s one experiment in two or three environments. If it's a big study, that might amount to six or eight environments,” Williams says. “Our analysis enabled us to look at a historic data set where there were hundreds of environments. That's the real beauty of it.”

The analysis showed an average of 50% loss when late-season weeds were minimally controlled. Even with relatively robust late-season weed control (up to 93%), weeds exacerbated crop losses in hot or dry conditions.

“The combination of less-than-complete weed control and these weather events is where we see crop losses much larger than from poor weather alone. Achieving 94% weed control late into the season is a high bar. I'd be surprised if many fields hit that mark for weed control on a regular basis,” Williams says.

The researchers know excessive mid-summer heat and/or drought puts stress on corn and makes it less competitive against weeds. But that’s not the only way climate change interacts with weeds to impact corn yield. Adverse weather impacts field working conditions and herbicide efficacy. For example, if a period of drought sets in just after pre-emergence herbicides are applied, the chemical won’t work as well and emerging corn could be engulfed by early weeds.

Farmers forced to plant later due to wet conditions in the spring could be in luck, however. The analysis showed 18% less yield loss when corn was planted after April 29.

“The advantage of later planting was related to improved weed control, with early weeds having time to emerge and be killed prior to planting,” Landau says. “But that doesn't necessarily mean it's best for the crop. The later corn is planted, the more likely you're going to catch a window of time when it's excessively hot or dry during flowering. Late-planting may benefit weed management, but it may expose the crop to greater risk of heat or drought stress during reproduction.”

The analysis highlights the need to move away from reliance on simplistic weed control systems under climate change. Williams says weeds are adapting to existing herbicides, and a new product won’t be a silver bullet. Nor would any other single tool, regardless of how novel the technology is.

“History has shown us that it won't do any good to innovate some brand new tool if we rely too heavily on it. We do need new tools. Whether that's harvest weed seed control, genetic engineering approaches, robotic weeders, or another advancement. There's progress being made in many areas, but as new tools become available, we need to diversify how weeds are managed. Not just with registered herbicides, but all available tactics,” Williams says.