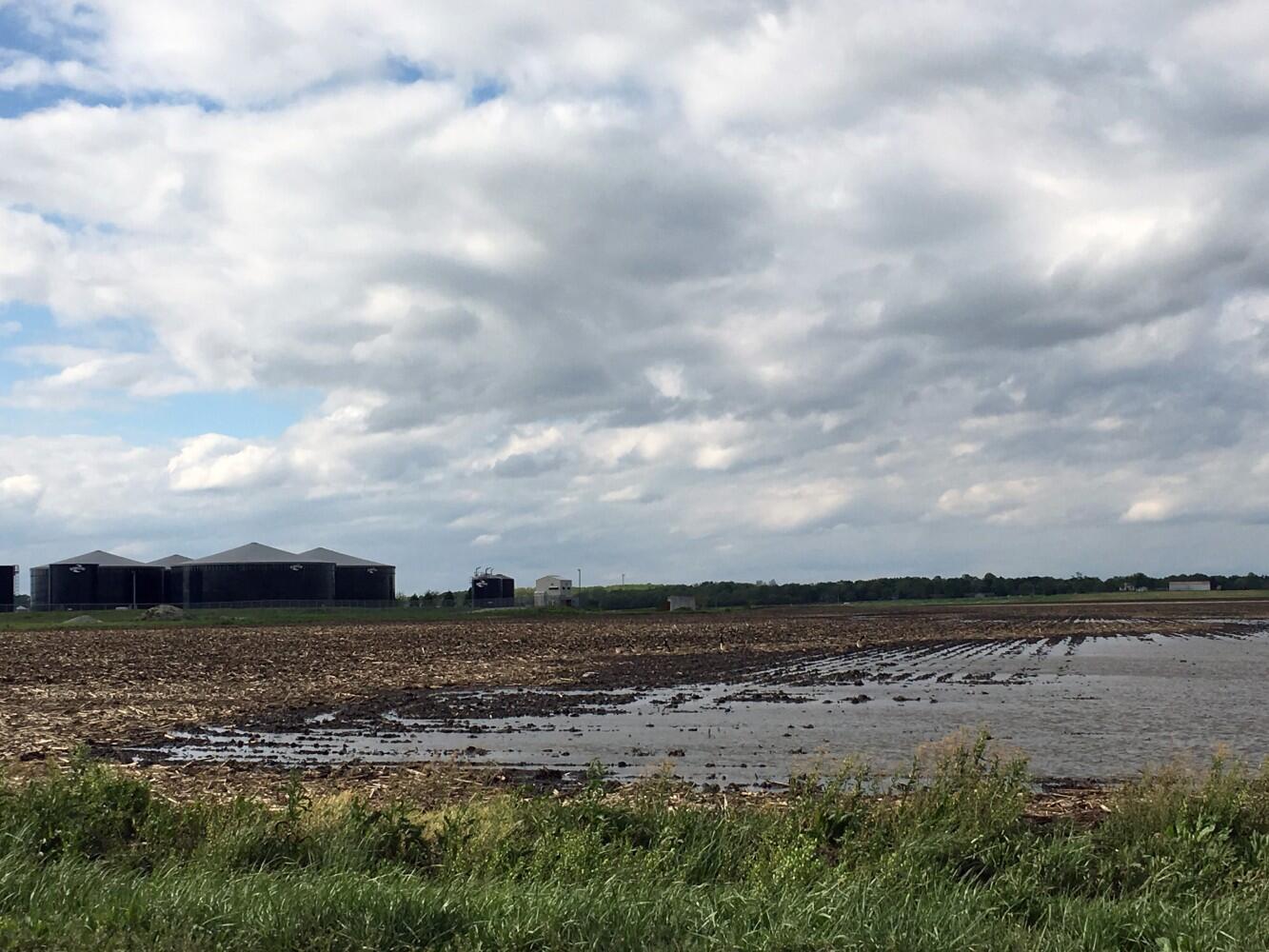 URBANA, Ill. – From flooded spring fields to summer hailstorms and drought, farmers are well aware the weather is changing. It often means spring planting can’t happen on time or has to happen twice to make up for catastrophic losses of young seedlings.

According to a joint study between University of Illinois and USDA-ARS, it also means common pre-emergence herbicides are less effective. With less weed control at the beginning of the season, farmers are forced to rely more heavily on post-emergence herbicides or risk yield loss.

“We're having more variable precipitation, including conditions where folks aren't able to plant because fields are too wet. In those cases, pre-emergence herbicide applications are getting pushed back into a period that is consistently drier,” says Marty Williams, USDA-ARS ecologist, affiliate professor in the Department of Crop Sciences at Illinois, and corresponding author on the study.

Drier weather may be better for getting equipment onto the field for planting, but it’s a problem for pre-emergence herbicides. Using data spanning 25 years and 252 unique weather environments, Williams and his team found most pre-emergence herbicides needed 5 to 15 centimeters of rain within 15 days of application. If that didn’t happen, weed control rates plummeted.

“We already knew some rain after application was critical for the herbicide to move into the soil, but we didn’t know how much or when,” Williams says. “As we look to the future, having more variable rainfall and potentially increasing the frequency of falling below a critical rainfall threshold is problematic.”

The analyses clearly showed the overall need for rain after application, but the pre-emergence herbicides varied in their requirements for rainfall within that 15-day post-application window. For example, S-metolachlor required 10 to 15 centimeters of rainfall to maximize waterhemp control, whereas acetochlor only needed 5 centimeters to control the same weed.

Results also indicated herbicide combinations helped to minimize the amount of rainfall required for successful control. Continuing the example, when atrazine was added to S-metolachlor, the combination needed only 5 centimeters to achieve the same level of control.

When the researchers considered the effect of soil temperature alone on herbicide efficacy, they didn’t find a consistent pattern. But temperature was clearly important in low-rainfall scenarios.

“When rainfall was 10 centimeters or more within 15 days, the probability of successful weed control with most treatments was maximized under all soil temperatures. However, when rainfall was below 10 centimeters, higher soil temperatures either increased or decreased the probability of successful weed control, depending on the herbicide or herbicide combination. Ultimately, future temperatures in rainfall-limited conditions are likely to exacerbate variability in herbicide efficacy,” Williams says.

The researchers note their findings may be especially important in the western Corn Belt, where erratic weather and low rainfall probabilities are even more common than in Illinois. But they still recommend the use of pre-emergence herbicides in combination, and urge farmers to be strategic in timing their application when rain is in the forecast.

The Department of Crop Sciences is in the College of Agricultural, Consumer and Environmental Sciences at the University of Illinois at Urbana-Champaign.