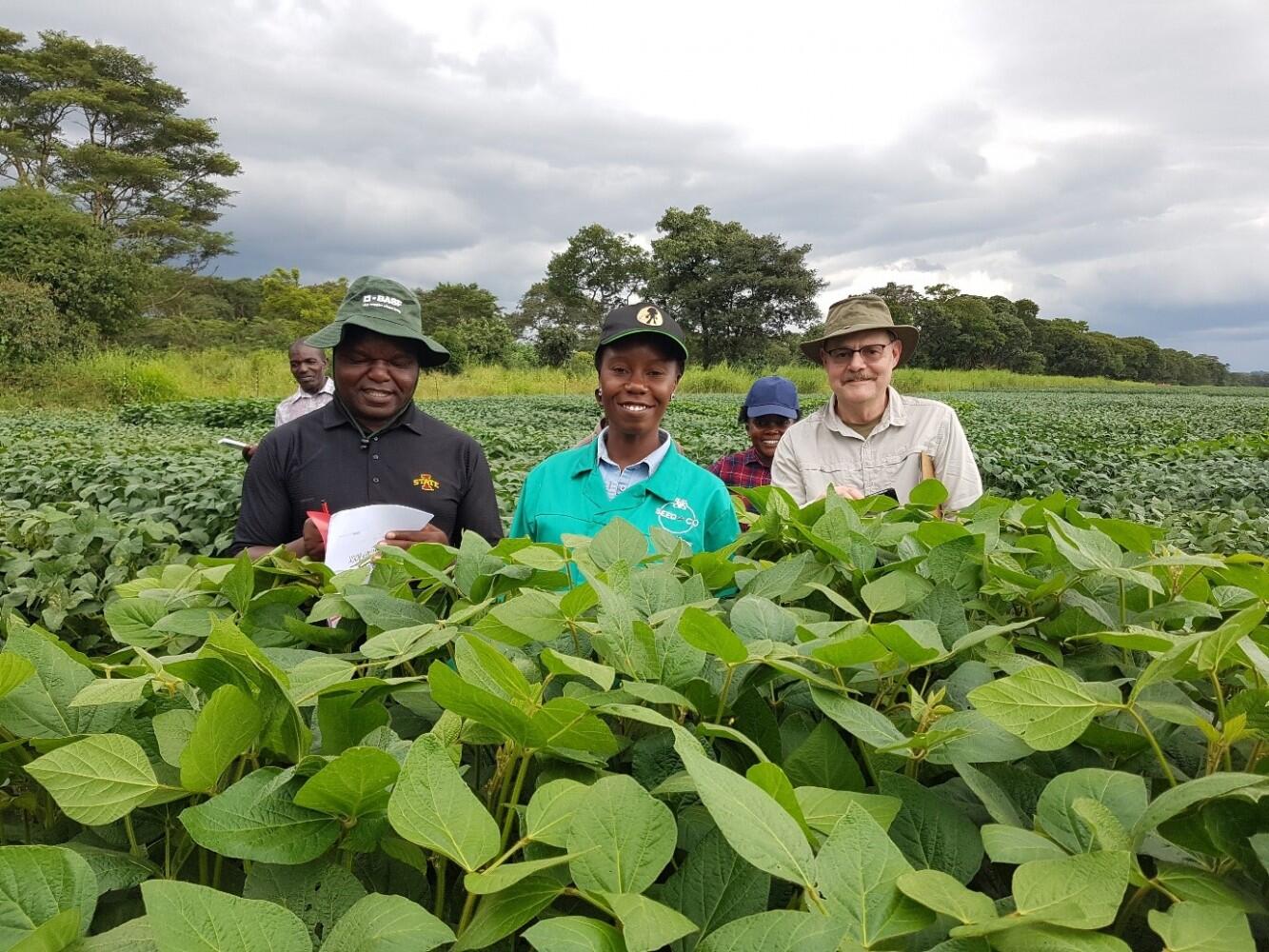 URBANA, Ill. – The United States is the world’s leading producer of soybean and the second-leading exporter. Nearly 90% of oilseed production in the U.S. comes from soybean. A biological threat to soybean crops in America could affect the global economy, and the result could be devastating to the American soybean farmer, according to researchers in the USAID Soybean Innovation Laboratory (SIL), housed in the College of Agricultural, Consumer and Environmental Sciences at the University of Illinois.

The Federal Select Agent Program (FSAP) was established to regulate the possession, use, and transfer of select biological agents and toxins that could potentially pose a severe threat to public, animal, or plant health following the anthrax attacks that occurred in 2001. Bioterrorism is typically associated with toxins such as ricin or diseases such as smallpox or the bubonic plague. However, bioterrorism can also take the form of plant pathogens such as bacteria and fungi.

Number 61 on the Select Agent and Toxin list under the PPQ category is the fungus Coniothyrium glycines, the cause of a soybean disease referred to as red leaf blotch (RLB). The disease is native to Africa and currently affects soybean in central and southern Africa. Sub-Saharan African countries have reported soybean production losses of up to 70% due to RLB. The first cases of RLB were reported in Ethiopia in 1957; yet, very little is known about the fungus today. The U.S. and Brazil now recognize RLB as a major potential threat to soybean production, but research on how to combat the fungus is limited.

Hartman serves as plant pathologist for USDA Agricultural Research Service (ARS) and collaborates with SIL on researching RLB. He says that finding resistance in other exotic lines could provide soybean breeders with germplasm to develop resistant cultivars. However, there has been little progress made on discovering sources of resistance to the fungus that causes RLB.

Hartman received funding from USDA-ARS to evaluate soybean genotypes for resistance to RLB. However, because C. glycines is on the Select Agents and Toxins list, it is nearly impossible to conduct research on the disease in the U.S. SIL manages 72 field sites across 14 countries in West, East and Southern Africa through the Pan-African Soybean Variety Trial (PAT) program, many of which have reported cases of RLB.

Post-doctoral fellow and SIL research partner Harun Murithi, who collaborated with Hartman to develop SIL’s Field Guide to African Soybean Diseases and Pests, will be conducting on-site research at SIL’s PAT sites in Ethiopia, Malawi, Tanzania, Rwanda, Uganda, and Zambia. Hartman and Murithi will evaluate the severity of RLB at several of these sites.

Hartman explains that seeds of the best genotypes will be retested at the Foreign Disease-Weed Science Research Unit (FDWSRU) at Fort Detrick, Maryland. Once the analyses confirm resistance, results will be disseminated through SIL’s global network of soybean breeders. Breeders in the U.S., as well as Africa, can then use these sources of resistance to make crosses and develop soybean populations with resistance to RLB.

“While red leaf blotch has not yet been reported outside of Africa, the potential threat exists, making it critically important to prepare for the possibility that American soybean crops could be exposed to the fungus that causes RLB, whether intentionally or unintentionally,” Hartman concludes. “Developing soybean lines with resistance to RLB will not only lead to improved soybean production across sub-Saharan Africa, but will also prevent potentially disastrous effects on the U.S. soybean crop.”