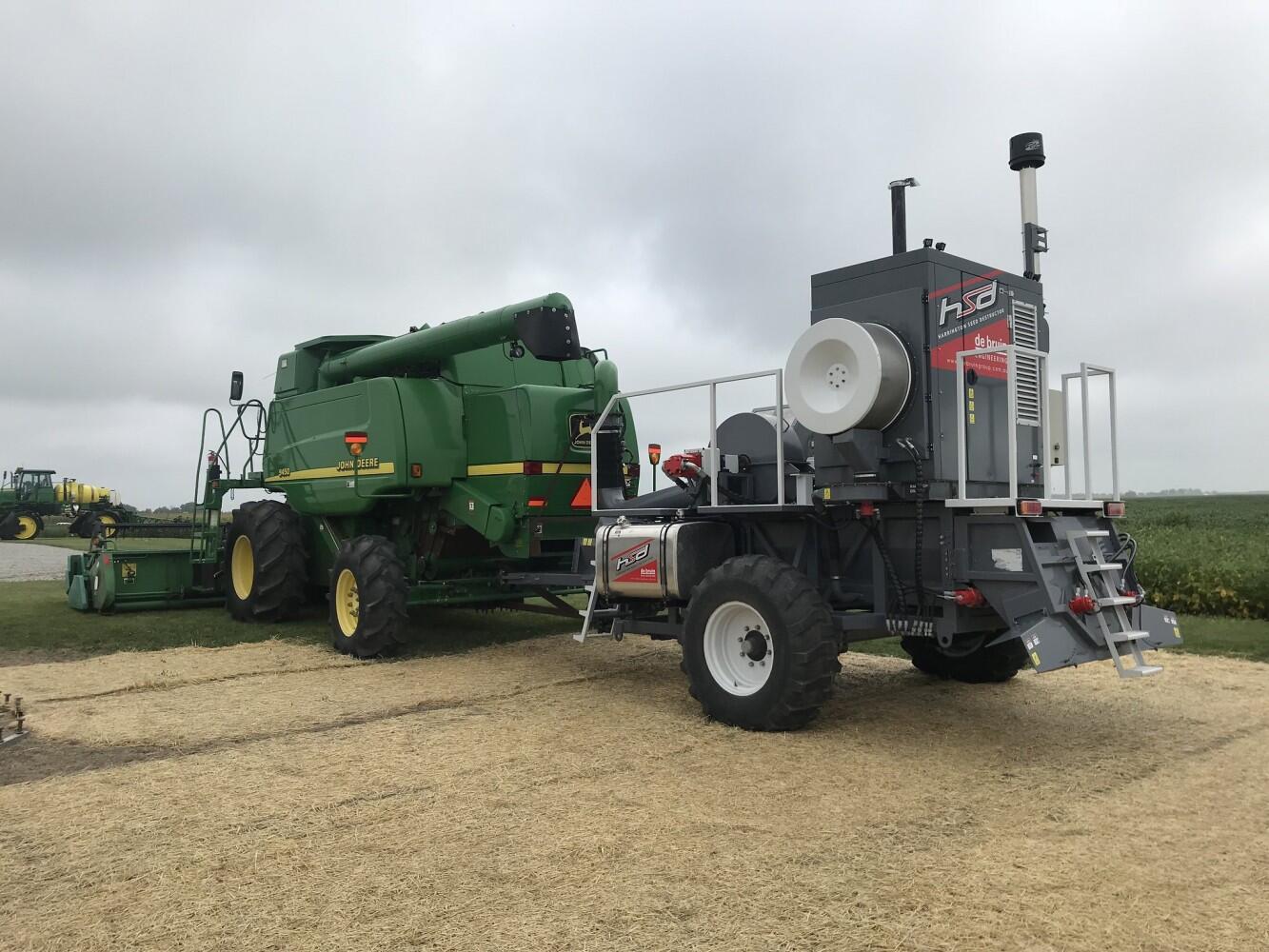 URBANA, Ill. – In the battle against herbicide-resistant weeds, farmers are increasingly eager to add non-chemical control methods to their management toolbox. Impact mills, which destroy weed seeds picked up by a combine, have been shown to kill 70-99% of weed seeds in soybeans, wheat, and other small-statured cropping systems. And a recent Weed Science study from the University of Illinois shows even seeds that appear unscathed after impact milling don’t germinate the following spring.

“Harvest weed seed control is really becoming an accepted part of integrated weed management,” says Adam Davis, study co-author and head of the Department of Crop Sciences at U of I. “Producers are excited about it.”

In the current study, Davis and his collaborators wanted to see how the Harrington Seed Destructor (HSD), an impact mill developed and widely used in Australia, handled common U.S. agronomic weeds without the complications of real field conditions.

The researchers collected seeds from 10 common weed species in soybean fields in the U.S. Midwest and Mid-Atlantic regions. They fed the seeds through a stationary HSD, and then tried germinating them in a greenhouse and in the field following a typical Illinois winter.

Davis says 0 to 15% of the seeds appeared to be undamaged immediately after milling, regardless of species and seed size. But when the undamaged seeds were buried in the field and left through the winter, fewer than 10% survived. “Basically, almost zero survived overall.”

Based on his previous research, Davis thinks microscopic abrasions from the impact mill damage the seed coat enough for microbes to enter and destroy the embryonic weed inside.

Can producers expect nearly zero weed seed survival when using the HSD or other impact mills in the field? Probably not. Davis and his collaborators have been conducting U.S. field trials with the HSD for five years, and typically see a reduction in weed seed rain by 70 to 80%.

Whether impact mills kill 70 or 99% of weed seeds, non-chemical control strategies are important in slowing the evolution of herbicide resistance. However, over-reliance on any one strategy could select for additional problematic traits in weeds.

“If producers start using this device on a large scale, they will ultimately select for earlier shattering. It’s already been shown in Australia,” Davis says. “That's just the nature of weed and pest management in general. Really what you're doing is managing evolution. In order for any tactic to be successful, you’ve got to change it up. You need to confuse them; add diversity in the time of year and life stages you're targeting. We're just proposing this as a new tactic that's effective – not the only tactic.”

The article, “Fate of weed seeds after impact mill processing in Midwestern and mid-Atlantic United States,” is published in Weed Science [DOI: 10.1017/wsc.2019.66]. Co-authors include Lovreet Shergill, Kreshnik Bejleri, Adam Davis, and Steven Mirsky. The research was supported by USDA-ARS.