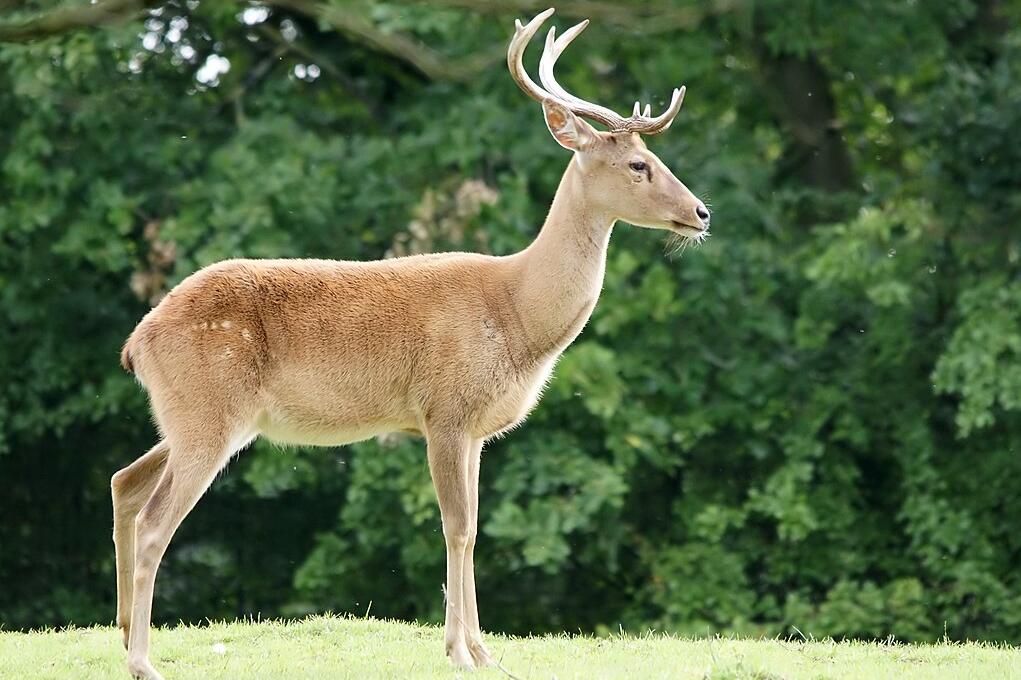 In a 2021 study, University of Illinois scientists provided a glimmer of hope for the endangered Père David’s deer, showing those in U.S. zoos may have some degree of genetic resistance to the disease. But the research team’s latest target, the endangered Southeast Asian Eld’s deer, may not be so lucky.

“We found evidence of diversity in the gene encoding the prion protein, which is good news, but the variant we identified most frequently is identical to one found in white-tailed and mule deer and is especially common in white-tailed deer positive for chronic wasting disease [CWD]. We suggest reducing the frequency of this variant in Eld’s deer breeding stock, while implementing strict management practices to avoid exposure to wild North American cervids, could benefit Eld’s deer if ever exposed to CWD,” says Tolulope Perrin-Stowe, postdoctoral research fellow at the University of Wisconsin. Perrin-Stowe completed the research during her doctoral program at U of I.

The researchers, including partners from U of I, Smithsonian’s National Zoo and Conservation Biology Institute, and the San Diego Zoo, identified another gene variant in the 36 Eld’s deer they sampled from U.S. zoos. Although the second variant was less common in the population, it was identical to one of the variants in Père David’s deer. And according to studies in other species, the gene variant could offer Eld’s and Père David’s deer a measure of resistance against CWD if properly managed.

“Of course, to verify any protective benefits of this gene variant, direct experiments would have to be done in Eld’s deer. But infecting endangered animals with a potentially deadly disease is obviously at odds with our goal of saving the species,” Perrin-Stowe says. “So, for now, we are extrapolating the benefits.”

Eld’s deer and other captive cervids have been specifically managed by the Association of Zoos and Aquariums (AZA) to avoid CWD since 2003. That effort has been successful, with no positive cases detected in any AZA facilities. But Perrin-Stowe says the new results could provide guidance on future genetic conservation goals.

“We suggest the AZA should retain both gene variants within the population and increase the less common variant to protect Eld’s deer against CWD,” she says.

The researchers were surprised to find any variation in the prion gene, given that Eld’s deer in zoos derive from a small number of founder animals.

“The variation found within this gene suggests there has been excellent genetic management of the species by zoos accredited by the Association of Zoos and Aquariums. To still find some variation in this gene is remarkable,” says Alfred Roca, professor in the Department of Animal Sciences at U of I and study co-author. “The organization is taking care to make sure the genetic diversity of these species is maintained.”

“Knowing which Eld’s deer are genetically predisposed to contracting chronic wasting disease is an invaluable tool for managing this endangered species in human care,” said Dolores Reed, ungulate supervisory biologist at the Smithsonian’s National Zoo and Conservation Biology Institute. “It is encouraging that some animals are less susceptible to the disease than others. I am hopeful that we can use this information to mitigate our animals’ risk of exposure and breed lineages that have a better chance of survival.”

There may be little opportunity for wild cervids to infect captive deer directly, but infectious prion proteins can be transferred into pens via bedding or feed. And once prions get in, they’re very hard to eliminate.

“Enclosures that have had previously held animals with CWD are a big issue for any farm or zoo. Even if they cull their population and turn over the land for some time, there's still potential for a new herd to develop the disease,” Perrin-Stowe says. “There are big environmental transmission concerns for these facilities.”

She adds that the best-case scenario is to avoid disease spread in the first place. Although it may be too late for wild cervids in North America, genetic variation in the endangered Eld’s deer may mean there’s still a chance to escape the worst of the disease.