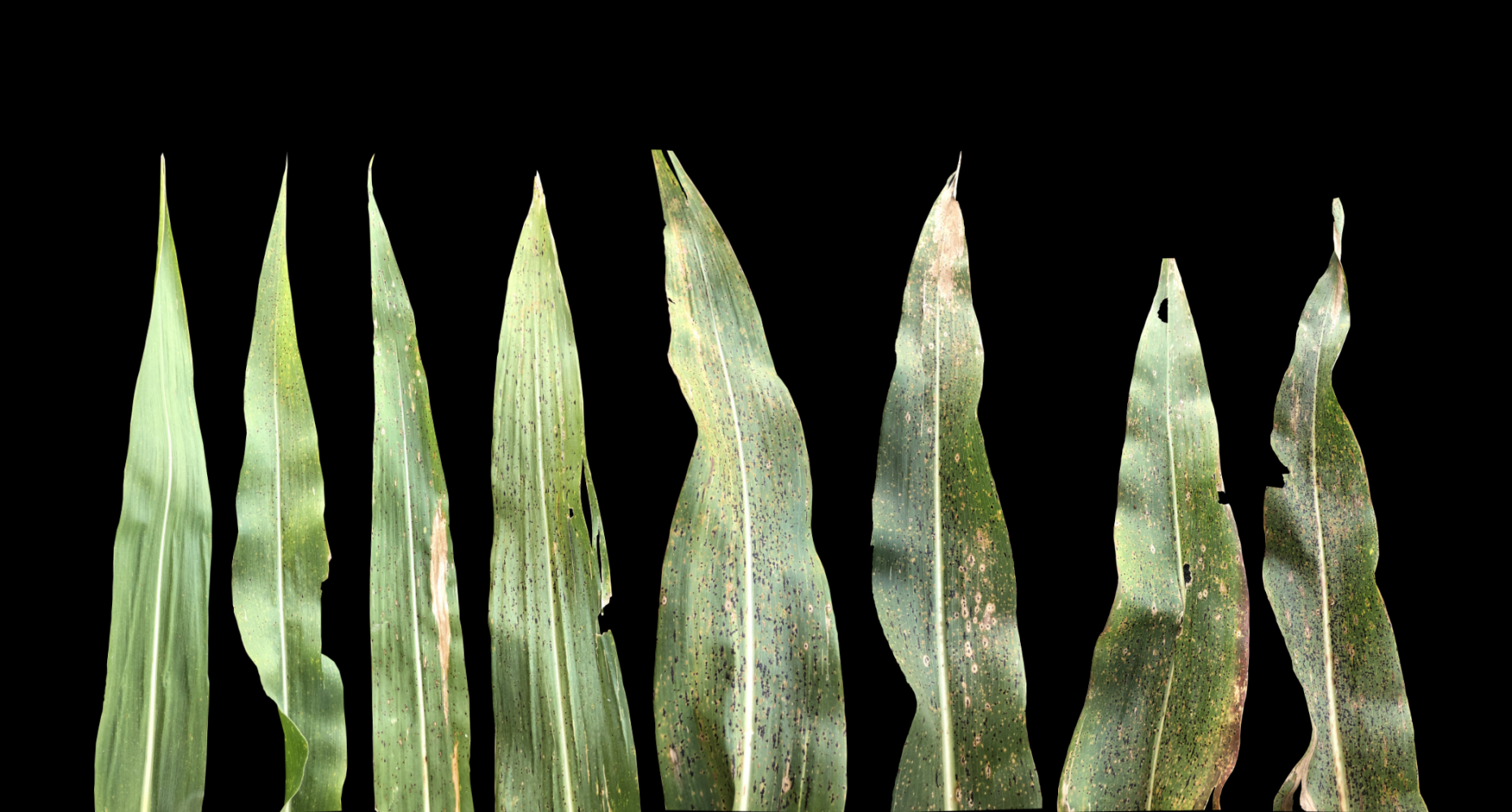 URBANA, Ill. – When tar spot – a fungal disease of corn capable of causing significant yield loss – popped out of nowhere in 2015, Midwestern corn growers were left scrambling to manage the outbreak with few effective tools. The industry has since made some progress toward management with fungicides, but many researchers agree resistance is the path forward for living with tar spot.

“There are people looking at using mixed-modes-of-action fungicides, but more research is needed to optimize the timing for that. Ultimately, I think having resistant hybrids is the key to managing this disease long term,” says Tiffany Jamann, assistant professor in the Department of Crop Sciences at the University of Illinois and co-author of a new study suggesting certain tropical corn germplasm may provide good sources of tar spot resistance.

Jamann and her collaborators grew 25 corn lines from the USDA’s Germplasm Enhancement of Maize (GEM) project in nine locations across four states. Two accessions derived from germplasm from Cuba and Brazil – GEMS-0066 and GEMS-0226 – showed promising levels of tar spot resistance, regardless of where they were grown.

“They consistently performed among the top of all the lines in each environment. Showing similar levels of resistance across locations is a really good indicator they're reliable,” says Sarah Lipps, doctoral student and lead author on the study. “And because these lines are available to the public, anybody can use them in a breeding program to develop resistant hybrids.”

Jamann notes, “These two accessions weren’t perfect. There was still a little bit of disease on them, but I think it's a good starting point. There are definitely improvements to be made, but they were consistent across a lot of environments for us.”

In addition to identifying two promising sources of resistance, the study offers a new method of scoring tar spot incidence and severity in the field.

“Generally speaking, when we rate foliar diseases, we use a 0-100% scale,” Lipps says. “But with tar spot, because it makes these small dots on the leaf, it’s really difficult to accurately estimate 5% versus 20%, etc. It’s also hard to estimate disease on a percentage scale across thousands of plants for this disease.

“Looking in the literature, we found a rating scale used for anthracnose – another fungal disease – that considers incidence as well as coverage in the plot. So we developed a one-to-nine rating scale for tar spot. It is somewhat similar to what is being used in Latin America to score tar spot and works well for our purposes.”

Scoring methods make a big difference in breeding programs. When breeders evaluate dozens or hundreds of lines at a time, they need an efficient and reliable system to gauge resistance.

Although they figured out a scoring system, the researchers struggled to inoculate test plots with tar spot. That’s because the fungus causing the disease can’t be cultured in labs. Instead, they scattered infected plant residue into plots or grew corn in fields that had been infected the previous year.

With the pathogen left to its own devices, the researchers recognized just how much of a role the environment plays in its development.

“We show very clearly in this paper there are a lot of environmental variables important for this disease. Unfortunately, only about half of our locations wound up having enough infection for us to use the data,” Jamann says.

Previous studies suggest ideal conditions for the disease include humidity above 75%, wet leaves during the nighttime hours, and temperatures between about 61 and 73 degrees Fahrenheit.

As a next step, Jamann says she plans to look for the genes controlling tar spot resistance. Other researchers have made progress on that in Mexico, but Jamann says the pathogen in Mexico is slightly different from the one corn battles in the upper Midwest. It’s possible the same genes in corn activate to resist in both cases, but that still needs to be determined.

Meanwhile, Jamann thinks seed companies could start screening GEMS-0066 and GEMS-0226 against other materials and potentially cross them into their elite lines.

“Companies have been interested in where we should look for resistance and what might be useful for their breeding programs. That’s why it was important for us to show there is some resistance in these lines,” Jamann says. “So, it’s not like a farmer can go out and plant these lines right away, but they can be useful for breeding.”