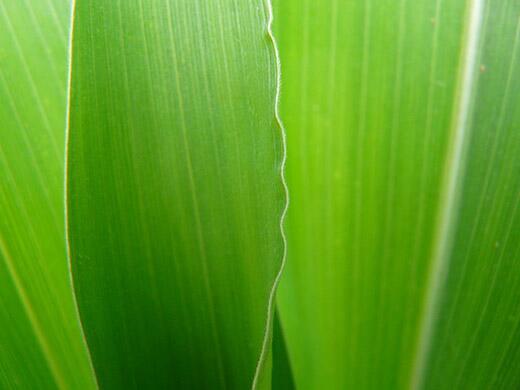 URBANA, Ill. – A new $2 million grant from the U.S. Department of Agriculture Organic Agriculture Research and Extension Initiative (OREI) will support University of Illinois scientists and collaborators as they develop improved seed corn tailored to the needs of the rapidly growing organic industry.

Martin Bohn, associate professor in the Department of Crop Sciences at Illinois, will partner with scientists Paul Scott of the USDA Agricultural Research Service, Thomas Lübberstedt of Iowa State University, and Angela Linares from the University of Puerto Rico-Mayaguez on the four-year grant.

The award is part of a $17 million national initiative to improve yields, quality, and profitability for producers and processors who use organic standards. The project builds on the germplasm, methods, and technologies Bohn and the other researchers developed in previous OREI projects.

Corn is the second largest organic grain/seed crop in the U.S. behind wheat. However, only a small proportion of the seed sold to organic farmers is produced using certified organic practices. While several seed companies sell seed that can be used in certified organic systems, few of the varieties available were developed specifically for organic production systems or have been evaluated in organic-production environments.

Bohn has been working for years, under previous federal grants, to develop new sources of corn seed suitable for organic conditions. His corn has been trialed on-farm across the Midwest as part of a participatory research network meant to refine key breeding traits for organic corn growing systems.

“Breeding corn takes time! Using traditional breeding approaches, it might take a decade or even more from the initial cross to a commercial hybrid. In our current OREI project, we were able to set up a solid base for an effective organic corn breeding program,” Bohn says. “Front and center are the relationships with organic farmers in Illinois, Indiana, and Wisconsin. These farmers test our hybrids and provide us with valuable feedback. So, we learned what traits are important, and what germplasm works and what doesn’t.

“With this new project, we have the opportunity not only to continue the work we started three years ago, but to accelerate our breeding programs. And I am excited about the new ways we found to extend our relationships with organic farmers.”

The new project will go further to develop three-way hybrids even better matched to organic seed production systems than the single-cross hybrids currently marketed by most companies. The research team is focused on developing hybrids that carry traits desired by organic farmers, especially those identified as priorities during stakeholder meetings the researchers held as they prepared the proposal. These traits include high levels of the essential nutrient methionine and the ability to withstand weed pressure. Another goal is to create a mechanism for organically grown corn to resist pollination by transgenic pollen floating in from conventional fields, which results in huge losses for organic farmers.

A unique aspect of the project will be two Organic Corn Breeding Boot Camps held at a cooperating winter nursery site in Puerto Rico. Farmers, business representatives, and student interns in Puerto Rico, will be invited to the boot camps to produce seed and plan on-farm trials in the Midwest for the following year. The interns will then travel to the farmers' locations the next summer to assist with the trials.

“This is one of the most exciting components of the research,” Scott says. “It’s a rare chance for people who don’t usually interact to dive deep into the process and learn from each other. We will all be students and teachers together.”

The researchers expect the support for the winter nursery in Puerto Rico, where two to three generations of corn can be grown annually, will help establish it as a long-term plant breeding resource.

“This work is important to the organic production industry,” says Alix Paez, a private corn breeder with Genetic Enterprises International (GEI) located in Luther, Iowa, which works with non-GMO conventional and specialty corn hybrids for the central Corn Belt. “The seed industry has not put enough resources to accelerate creation of new hybrids and varieties for the organic farmer. These OREI-funded projects have been a very valuable resource to develop new products for the seed industry and the organic farmers that need these hybrids.”

The hybrids and test-crosses developed in the study will be evaluated under organic conditions in Illinois, Iowa, and Puerto Rico, where they will be monitored to select for a variety of desired traits, including pest resistance, tolerance to stress factors, lodging tolerance, and ability to set seed.

The results of the project will be publicly accessible to researchers and breeders around the world.