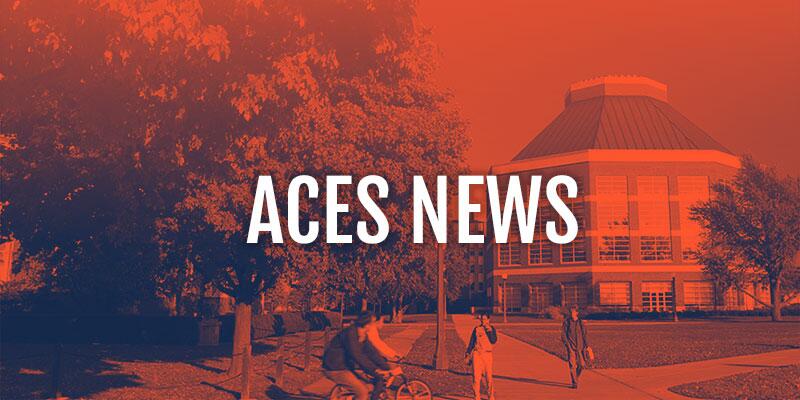 URBANA--Although the extent of the problem has varied from year to year, the soybean aphid has recently become a pest throughout the Midwest. The aphids were first discovered in large numbers in soybean fields near the end of the 2000 growing season. After careful scientific investigation, they were identified as Aphis glycines, which had previously been reported only in Asia, Australia, and some Pacific islands.

Field studies have shown that yield losses are often higher than 50 percent when thousands of aphids infest each soybean plant. Although those densities have not typically been found in Illinois, even the smaller infestations common in some parts of the state can cause some significant yield losses.

To counter the threat from this new pest, researchers from the National Soybean Research Laboratory at the University of Illinois have been screening a wide range of germplasm for sources of resistance that could eventually be incorporated into new commercial soybean varieties.

The lead scientists on this project are Glen Hartman, USDA plant pathologist at the U of I, and Curtis Hill, senior research specialist. Primary funding is provided by the Illinois Soybean Checkoff Board.

"Every county in the state has reported at least some aphids since they were first discovered three years ago," Hartman said. "Once they infest a field, the most common means of control is to spray the field with an insecticide that can cost 20 to 25 dollars per acre or more. If resistant commercial varieties were available, the savings to Illinois growers could be substantial."

The researchers first evaluated the various commercial soybean varieties that had been submitted to the yield trials at U of I for resistance to the aphids. All of the initial screening work was done in an isolated, air-conditioned greenhouse room on the U of I campus.

"After screening more than 700 varieties, we found that all of them were basically susceptible to this pest," Hartman said. "We also determined that there had not been any reported resistance from the germplasm screened in the part of the world where the aphids originated, which is China. That was surprising to us, and we wondered at that point if we would find any resistance at all."

As the next step, they began screening about 100 cultivars that had been identified as the major genetic contributors to modern soybean varieties. Those ancestral lines account for more than 90 percent of the genetic variation in our current soybeans.

"If resistance exists, it seemed likely that it would come from this group," Hill said. "Luckily we found resistance in three different cultivars. One is called Jackson, which is an old southern cultivar. Another was Dowling, which also is an old variety grown in the south. The third was a plant introduction adapted to more northern conditions."

As part of the experimental design, the three ancestral resistant cultivars were tested in a specially designed field cage with several commercial varieties and were treated with an insecticide or left untreated.

"Even with a large numbers of aphids present, we found virtually no difference in yield and agronomic traits whether these resistant lines were treated with an insecticide or not," Hartman said. "At the same time, the commercial varieties were severely damaged when they were not treated with an insecticide, with many of the plants actually dying."

He emphasizes the resistance from these lines remained effective throughout the extensive field tests carried out over the last growing season.

"These are the first reported sources of resistance in soybean to the aphid found anywhere in the U.S.," Hartman said. "This marks a major first step in dealing with the problems from this newly introduced soybean pest. Work is already well under way to develop resistant germplasm that will be made available to both public and private soybean breeders interested in developing new resistant commercial varieties."