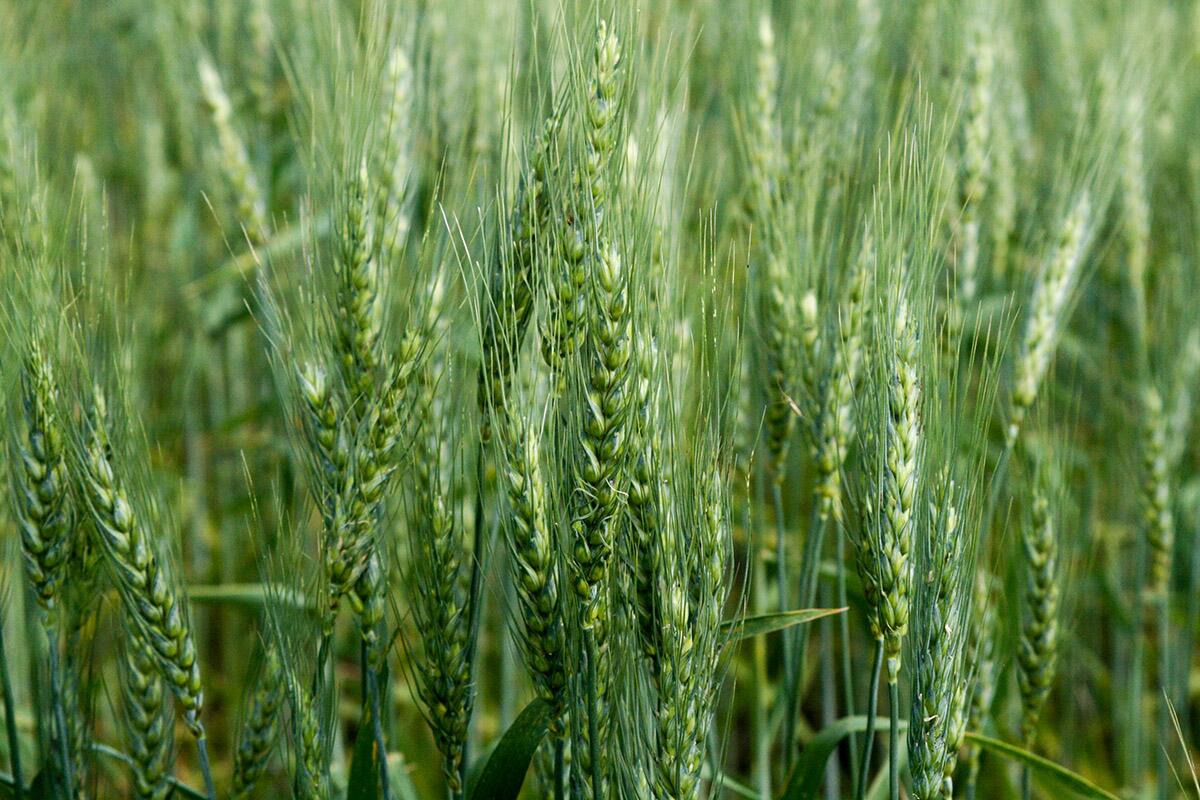 URBANA, Ill. – Genetically speaking, the loaf of bread you stress-baked during the COVID-19 shutdown is more complex than you think. Wheat’s 16 billion genes, organized in not one but three semi-independent genomes, can overlap or substitute for one another, making things extremely tricky for geneticists trying to enhance desirable traits in the world’s most widely grown crop.

One of those traits is herbicide tolerance. Many cereal crops, including wheat, have a natural ability to detoxify certain herbicides applied to weeds in their midst. Under optimal conditions, weeds die, but the crops stand tall. If scientists can identify the genes involved, they could potentially amplify expression of those genes to make the detoxification process more effective under a range of environmental conditions.

“In the 1950s, scientists came up with a process called ‘alien substitution’ where you can replace chromosomes from one of the three wheat genomes with chromosomes from a wheat relative, such as Aegilops searsii. The chromosomes are similar enough that the plant can still grow and still looks pretty much like wheat,” explains Dean Riechers, professor in the Department of Crop Sciences at Illinois and co-author on the study. “The benefit is that the relative might not have the same traits as wheat, so the alien substitution line will help pinpoint where genes of interest are located.”

The method is now so commonplace in wheat research that scientists can simply obtain seeds for wheat plants with Aegilops searsii chromosomes, denoted as the S genome, subbing in for each of the seven wheat chromosomes across all three of its genomes (A, B, and D). These are known as alien substitution lines, and Riechers and doctoral student Olivia Obenland used them to determine that synthetic auxin tolerance in wheat likely resides somewhere on chromosome 5A.

“Although the method is common for finding genes for pathogen resistance and other useful genes in wheat, ours is the only research group to have used this method to search for herbicide tolerance,” Riechers says. “We've basically shortened the list from 21 chromosomes down to one, so now we know where to focus our future gene discovery efforts.”

Obenland grew all 21 alien substitution lines in the greenhouse, along with wheat cultivar ‘Chinese Spring’ and Aegilops searsii, and sprayed them all with high rates of the synthetic auxin herbicide halauxifen-methyl. She then compared the biomass of the treated plants to untreated controls.

The researchers expected and observed minimal injury in ‘Chinese Spring,’ thanks to its ability to naturally detoxify the chemical. But Aegilops searsii turned out to be highly sensitive to halauxifen-methyl, as were wheat plants with alien substitutions at chromosome 5A.

“By subbing 5A with the 5S chromosome of the alien species, we took away wheat’s natural halauxifen-methyl tolerance and made it sensitive,” Obenland says.

Plants with the substitution at chromosome 5B also showed some sensitivity, but only when the herbicide was applied at the highest rate. Although this means 5B likely possesses genes involved in synthetic auxin detoxification as well, the results so far point to 5A as the key player. Interestingly, chromosome 5D in wheat’s third (D) genome doesn’t seem to play a major role, according to the research.

The next step is to scour chromosome 5A for specific genes that could be involved in herbicide tolerance. Obenland and Riechers are already working on it, and although they’ve identified some interesting genes related to those they’ve found in resistant waterhemp, they’re not ready to release those results without further molecular tests.

“Ultimately, we hope to broaden and deepen our understanding of wheat’s natural tolerance to halauxifen-methyl, as well as other synthetic auxin herbicides, and this is a great first step. And it is very satisfying to apply existing genetic tools to address a new scientific problem,” Riechers says.

The article, “Identification of chromosomes in Triticum aestivum possessing genes that confer tolerance to the synthetic auxin herbicide halauxifen-methyl,” is published in Scientific Reports [DOI: 10.1038/s41598-020-65434-x]. Funding support was provided by Corteva AgriScience.