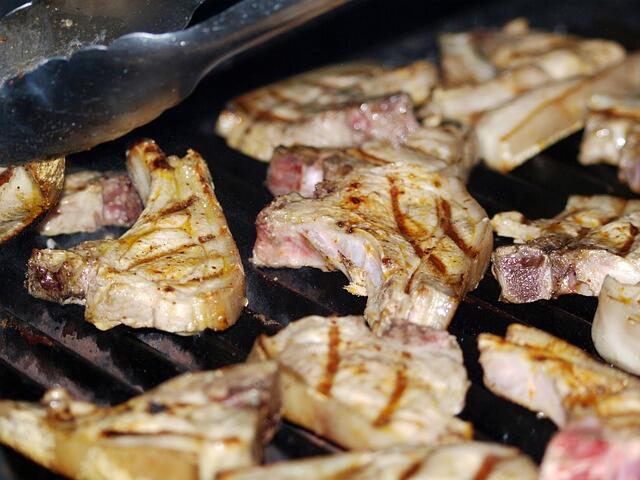 URBANA, Ill. – Are pork chops on the menu this grilling season? According to new research from University of Illinois meat scientists, pork enthusiasts can improve taste, juiciness, and tenderness by cooking chops to the new USDA standard: 145 degrees Fahrenheit.

“Pork cooked to 145 degrees is absolutely safe,” says Dustin Boler, associate professor in the Department of Animal Sciences at U of I and co-author of a new study in the Journal of Animal Science. “And our results show that everyday consumers strongly prefer pork chops cooked to 145 over the old standard of 160 degrees.”

Boler and his research team had already demonstrated that trained taste-testers prefer pork chops cooked to 145 degrees, but the team wanted to try their luck with the average consumer this time. Like the trained taste-testers, average consumers were asked to rate juiciness, tenderness, flavor, and overall acceptability of pork cooked to 145, 160, and 180 degrees Fahrenheit.

“The results were what we expected: consumers rated juiciness, tenderness, and flavor much higher in pork chops cooked to 145 than the other temperatures. These were the first data in consumers that conclusively supported what we knew from our own experience,” says Lauren Honegger, graduate student researcher and lead author on the study.

The research team was able to rule out other confounding factors, as well. Consumers tasted two sets of pork chops: one that varied in pH, and the other that varied in degree of color and marbling.

Boler says meat scientists historically put a lot of stock in pH to predict eating experience. Higher pH equates to higher water-holding capacity in the muscle, which influences juiciness in the final product on the plate. But, he says, the importance of pH was based on pork cooked to the old temperature standard of 160 degrees.

Boler wanted to find out if pH was still as important in the context of today’s cooking standard. The answer? Not really. Consumers still rated chops cooked to 145 as tastier, juicier, and more tender than chops cooked to 160, regardless of pH.

“It’s not that pH doesn’t matter, it’s that when we do all of the other things to a pig that appropriately puts pork in a package – when we humanely slaughter that animal, when we appropriately chill that carcass, when we treat those meat products with proper food safety and preparation techniques – then pH doesn’t matter,” Boler says. “In other words, when we prepare the product properly, pH matters less when we cook it to 145 degrees.”

Co-author Anna Dilger, associate professor in the Department of Animal Sciences at U of I, says the story was the same with color and marbling.

“We think darker color and more marbling should lead to a better tasting pork chop, but that’s not what consumers told us. They gave the highest ratings to pork chops cooked to 145, regardless of color and marbling,” she says.

It turns out from other research that color and marbling matter a lot when consumers are choosing which pork chop to purchase, but the consumer panel confirms those qualities don’t factor into eating experience when the chop is cooked to the new standard.

The take-home message for grill-masters, Boler says, is, “Get a meat thermometer, cook your pork to 145 degrees, and it’ll be great.”

The article, “Final internal cooking temperature of pork chops influenced consumer eating experience more than visual color and marbling or ultimate pH,” is published in the Journal of Animal Science [DOI: 10.1093/jas/skz117]. Authors include Lauren Honegger, Elaine Richardson, Emily Schunke, Anna Dilger, and Dustin Boler, all from the Department of Animal Sciences in the College of Agricultural, Consumer and Environmental Sciences at the University of Illinois.