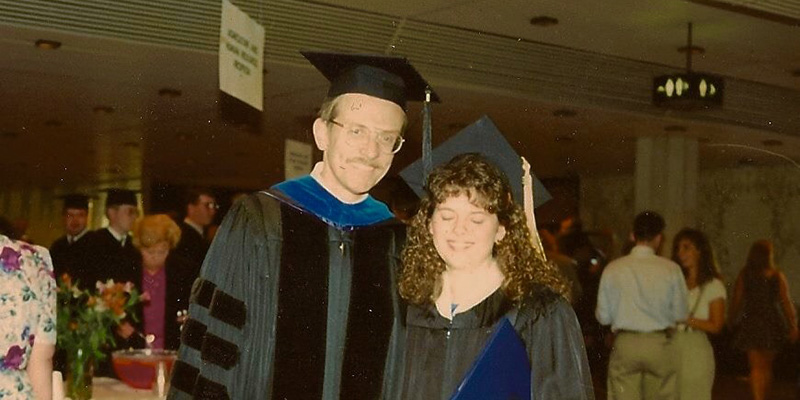 When many University of Illinois alumni think about their time in the College of Agriculture or today’s College of ACES, we remember the people that welcomed us, helped us through our academic career or guided us to a successful career path. To many of us, that person was Dean Charles E. Olson.

On April 14, 2019, Dean Olson passed away. The ACES community mourned his passing and social media exploded with well wishes, memories and mentions of the impact he made on us.

To me, Dean Olson was my first point of contact at the University. We shared our hometown connection of Knox County ,  as he grew up in Oneida, IL and I grew up in Galesburg, IL, and he encouraged me to apply to and pursue a career path through Agricultural Education.

Dean Olson believed in me when I shared I wanted to work with the University of Illinois Extension, and 12 years later was there as I decided to return to campus in the role of Director of Alumni Relations in the College of ACES. At that time, Dean Olson was not only a mentor but he became a colleague and friend. We shared office space together and his passion was unwavering for students, alumni, families and friends of the College of ACES.

After his passing, comments on social media described Dean Olson as generous and kind, a leader, a mentor, warm and friendly, had a devoted heart to students and was a cornerstone of the ACES family. Dean Olson remembered your name, your job, your family, and your hometown.  He had a gift of connecting with people and making them feel like they were always important and was always one of the first that welcomed you to a member of the ACES Family.

As students graduated from Illinois, his passion kept students connected. He served as the Executive Secretary of the ACES Alumni Association from 1981-1995 and then served as the ex-officio representative of ACES student affairs through 2004. During his over 30 plus year career working with prospective families, JBT scholars and students, Dean Olson made a tremendous impact on families, students, staff, faculty, alumni and friends, and we will sorely miss him.

Memorials can be directed to the charitable cause of the donor’s choice or the University of Illinois Foundation for the Charles E. Olson JBT Endowment (776058). Please send to the UI Foundation, Harker Hall, 1305 Green St., Urbana, IL 61801. Contributions may be provided online at giving.illinois.edu. Include Charles Olson JBT Endowment in the "other" field of the giving form.