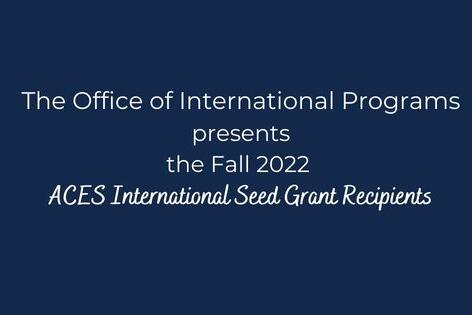 Four faculty from the College of Agricultural, Consumer and Environmental Sciences (ACES) have received funding to further their international work through the longstanding ACES International Seed Grant program.

The goal of the seed grant program is to support awardees in establishing strong international relationships that will continue to expand and flourish into a larger and substantial international collaborative effort that will ultimately benefit departments, programs, the College of ACES, and the University of Illinois.

Past recipients report significant impacts from this funding, which is administered by the ACES Office of International Programs and funded through the Arlys Conrad Endowment Fund.

Congratulations to these ACES faculty for their funded projects: