Sending up the bat signal on forest use by endangered species 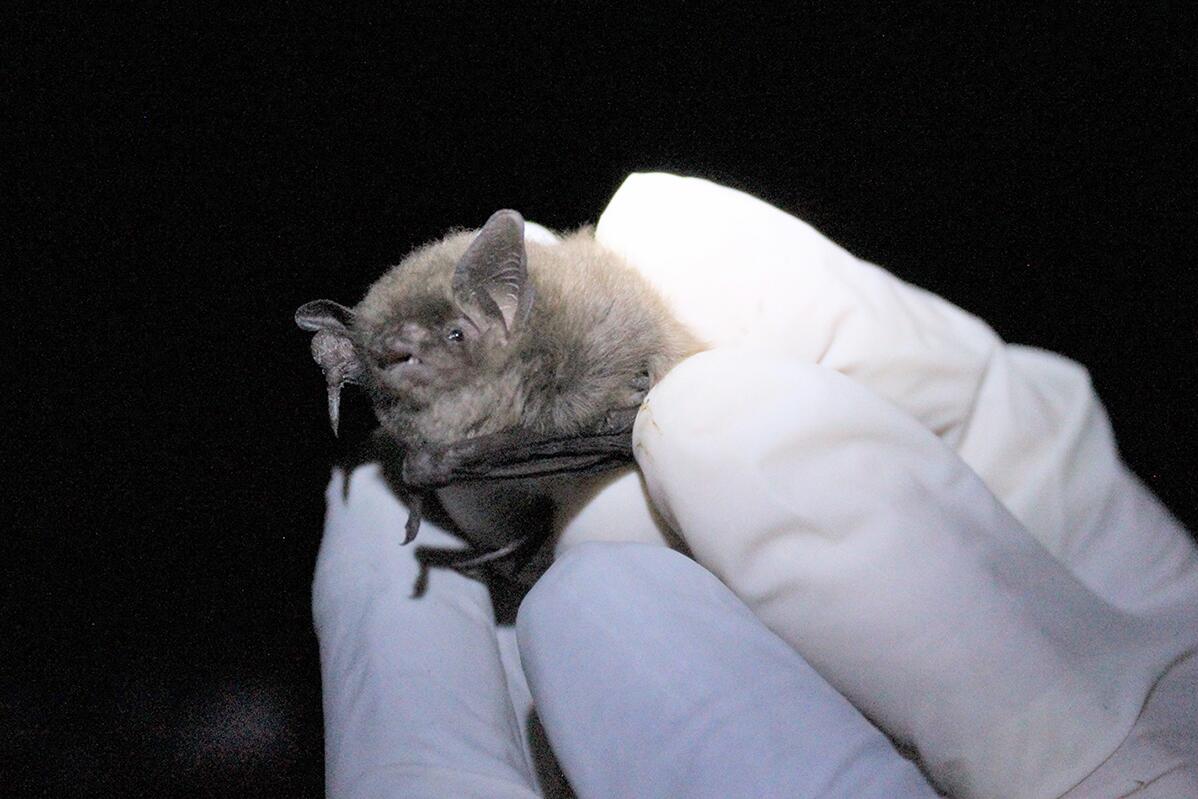 Sending up the bat signal on forest use by endangered species

URBANA, Ill. – Deep in an Indiana forest, a team of scientists skulked atop hillsides after dark. Carrying radios and antennas, they fanned out, positioning themselves on opposite ridges to wait and listen. Their quarry? Endangered Indiana bats and threatened northern long-eared bats.

The goal was to track individual bats from the moment they left the roost at dusk to the time they returned near dawn. Having fitted each bat with a tiny radio transmitter, the scientists traversed the dark forest to triangulate the bats’ positions through the night. The work was painstaking, and it took four years to track just 58 individuals.

The results are published in Forest Ecology and Management.

Tracking the bats’ movements through Indiana’s state forests didn’t just provide some of the first descriptions of the foraging behavior and home ranges of these species. It also revealed the animals’ preference for certain timber harvesting strategies, such as thinning and patch cuts.

“There’s a perceived conflict between forest management and endangered bats. Folks would like to harvest without any restrictions, but because these bats are there, they have to pay attention to when they're present and what kind of habitat they're using, and then potentially change the timing or the nature of harvests or prescribed fires to accommodate for the bats,” says Joy O’Keefe, assistant professor in the Department of Natural Resources and Environmental Sciences at the University of Illinois and co-author on the study.

Tim Divoll, a data scientist at SWCA Environmental Consultants and lead author on the paper, adds, “We know a lot about where these bats like to roost, but no one has studied the foraging behaviors in detail when both species share the same forest. That’s going to tell us a lot more about how they use these forests and how we might accommodate the variety of behaviors.”

The research team was interested in whether timber harvest strategies and other forest management decisions had a positive, neutral, or negative impact on the bats.

“We found, with the exception of larger clear cuts, most of these harvest types are probably neutral for these bats. In some cases, they might even be positive, but we didn't really find any evidence that small patch cuts and thinning are negative. So, I’d say the way they’re already managing these forests is compatible with bat conservation,” O’Keefe says.

Indiana bats and northern long-eared bats need all the conservation help they can get. Like an increasing number of bat species, both suffer from extreme habitat loss and the detrimental effects of the fungal disease white-nose syndrome.

“White-nose syndrome has really devastated northern long-eared bats in this forest. It turns out we did this study just in the nick of time, because right after we finished the study in 2017, we could no longer catch them out there. Their populations just tanked. Thankfully, my students caught four individuals this year,” O’Keefe says. “The results of this study will help forest managers to make decisions that boost bat populations recovering from this disease.”

Because the Indiana bat has been on the endangered species list since the law’s inception in 1967, it has received a great deal of research attention. The northern long-eared bat isn’t as well studied, having only been federally listed as threatened in 2015 due to white-nose syndrome. So, much of what the research team observed for the species was previously unknown.

According to the study, the home range for northern long-eared bats is about half the size of Indiana bats, and they spend most of their time foraging near ponds, in forest sections that were previously thinned, or in patch cuts smaller than 10 acres.

Indiana bats had similar preferences for previously thinned sections and small cuts, but more of them ventured across larger clear cuts.

O’Keefe says the difference in home range size may come down to foraging strategy. Northern long-eared bats are gleaners, meaning they scoop up their insect prey from surfaces, at least some of the time. If they can find enough to eat on the trees near their roost, they don’t need to go far to fill up. Indiana bats eat flying insects, so they might have to fly farther to locate swarms of bugs.

Without spending years tracking individual bats, these subtleties might have been lost.

“When you put in the effort to track many individual bats over multiple nights, then you have a much more robust and precise way of assessing how they use habitat,” O’Keefe says. “It was a lot of work to get these data points. Every time we tracked one bat, there were four people on the landscape, each with an antenna and receiver, listening for several hours. So, what we did is pretty remarkable.”

The researchers’ findings were based on a few dozen bats in a specific forest in south-central Indiana, but the patterns likely hold for other forests in the bats’ range.

“I think as long as you maintain a heterogeneous forest that has all these different components – mature forest, thinned forest, some openings – they're probably both going to be happy, at least from the foraging perspective,” O’Keefe says.

The article, “Endangered Myotis bats forage in regeneration openings in a managed forest,” is published in Forest Ecology and Management [DOI: 10.1016/j.foreco.2021.119757]. Additional co-authors include Stephen Aldrich, Indiana State University; and Scott Haulton, Indiana Department of Natural Resources. The study is part of the 100-year Hardwood Ecosystem Experiment, a partnership of the Indiana Department of Natural Resources, Purdue University, Ball State University, the University of Indianapolis, Indiana State University, and Drake University. Funding for the project was provided by the Indiana Division of Forestry and the U.S. Fish & Wildlife Service and Wildlife Management Institute.