U.S. agricultural water use declining for most crops and livestock production 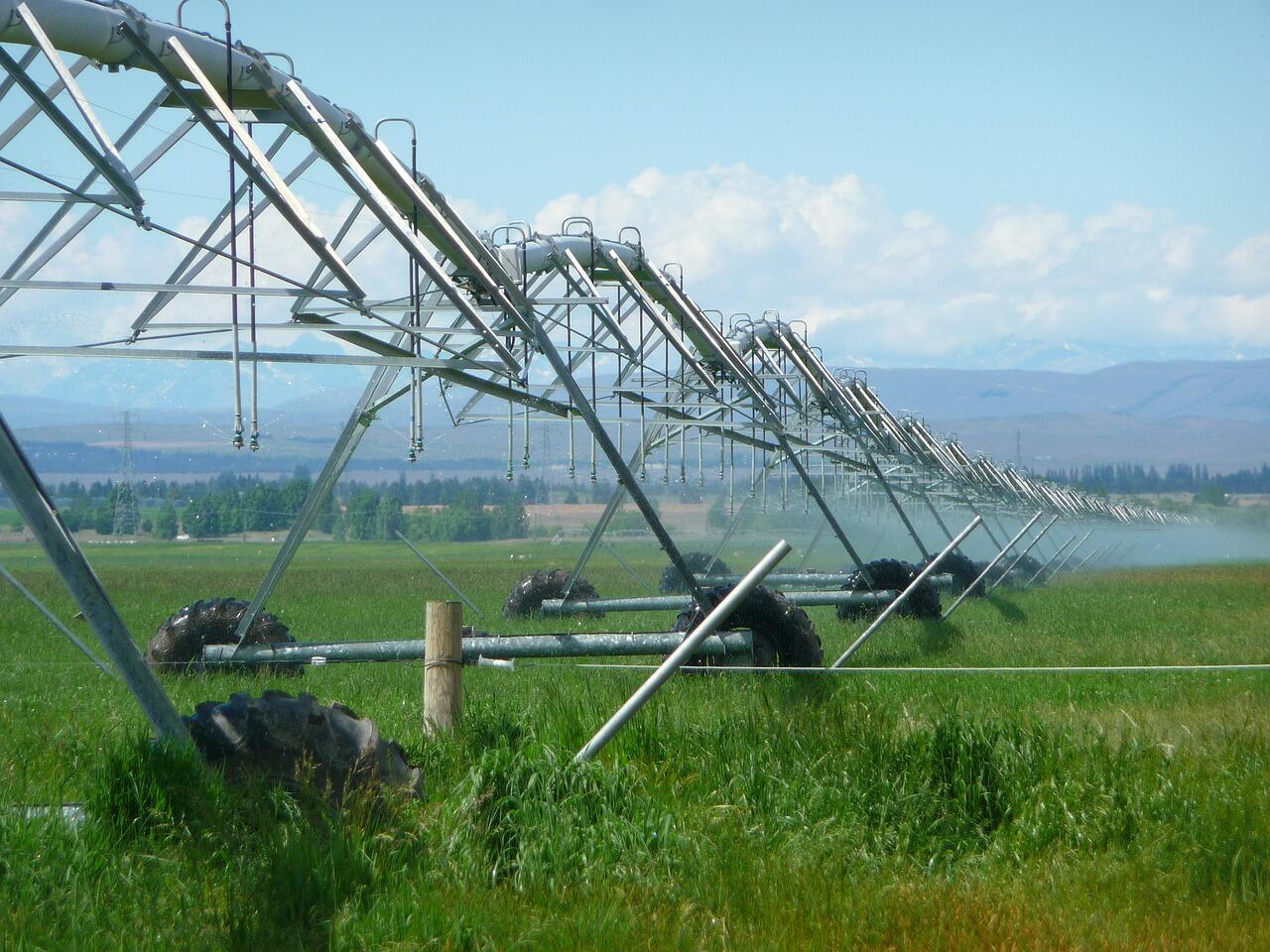 U.S. agricultural water use declining for most crops and livestock production

URBANA, Ill. – Climate change and a growing world population require efficient use of natural resources. Water is a crucial component in food production, and water management strategies are needed to support worldwide changes in food consumption and dietary patterns.

Agricultural production and food manufacturing account for a third of water usage in the U.S. Water use fluctuates with weather patterns but is also affected by shifts in production technology, supply-chain linkages, and domestic and foreign consumer demand.

A comprehensive University of Illinois study looked at water withdrawals in U.S. agriculture and food production from 1995 to 2010. The main trend was a decline in water use, driven by a combination of factors.

“Overall, the use of water for irrigation decreased by 8.3% over this period,” says Sandy Dall’erba, regional economist at U of I and co-author on the study.

“However, one needs to identify the drivers of water use by crop as they differ from one commodity to the next, so water-saving strategies for one crop may not be relevant for another one,” Dall’erba explains. “For instance, water use in cereal grains, fruits, and vegetables is mostly driven by the efficiency of the irrigation system, domestic per-capita income, and sales to the food processing industry. If irrigation is more efficient, water demand decreases. When demand for fruits and vegetables decreased in 2005-2010 during the financial crisis, so did demand for water.”

Oilseed crops, on the other hand, have experienced a 98% increase in water demand over the period. The change is primarily driven by international supply-chain linkages. It means foreign companies, mostly in China, have purchased large amount of U.S. oilseed crops for further processing.

“There has also been a shift in consumer demand from red meat to white meat in the U.S. People consume less beef and more chicken, which require 3.5 times less water per pound of production. Those trends in consumption and taste have helped the U.S. reduce water use for livestock by 14%,” Dall’erba says.

Based on data from Exiobase, a global supply-chain database, their analysis included water that’s embedded into the production at all stages of the domestic and international supply chain, from crops and livestock to processed food production­ – highlighting the interconnectedness of global agribusiness.

The current U.S.-China trade war is likely to affect these these supply-chain linkages, as Chinese import of oilseeds shifts to South America and Europe. The U.S. exported less soybean and pork to China over the last two years; therefore, less water was embedded into those exports. However, the next few years under a new U.S. administration may see an improvement in these relationships, Dall’erba notes.

The COVID-19 pandemic is also likely affecting water usage. Unemployment and economic crises have always impacted consumer demand, and international trade has sharply declined since the pandemic began. The 2008 recession resulted in decreased water usage and similar effects are expected in the current crisis, Dall’erba states.

Traditionally, scientists measuring the amount of water associated with production and the supply chain rely on a worldwide data set called the Water Footprint Network (WFN), which is based on a crop water-use model. However, Dall’erba and Avelino used data from the U.S. Geological Survey (USGS), which are based on observations rather than physical models.

“With the USGS data we find a decrease in the amount of water used, while the WFN data indicated a small increase. The difference is not large, but it's still a big deal, because you would find the wrong trend and reach misleading conclusions if you use the wrong data set,” Dall’erba explains.

“This is important information for researchers. If you’re in a situation where you have access to data based on observations rather than crop models, you should use those official data, especially because water saving policies are based on this dataset,” he notes.

The questions addressed in this research are extremely relevant for any country that is heavy on agricultural production, Dall’erba says. “Namely, how can we feed the 10 billion people we expect to be at the global level by 2080, considering that we cannot necessarily expand the amount of land that's going to be used? And, given climate change, there is quite a lot of uncertainty with respect to the availability of water needed to grow crops and feed livestock in the years to come.”

Water management strategies may include farm-level efforts such as increasing efficiency of the irrigation system, switching crops, and growing genetically modified crops.

Other measures may include policies aimed at affecting consumer behavior such as increasing taxes on water-intensive products and supporting ecolabeling, Dall’erba suggests.

The article, “What Factors Drive the Changes in Water Withdrawals in the U.S. Agriculture and Food Manufacturing Industries between 1995 and 2010?” is published in Environmental Science and Technology. [doi.org/10.1021/acs.est.9b07071]

The research was funded by a United States Department of Agriculture hatch grant.