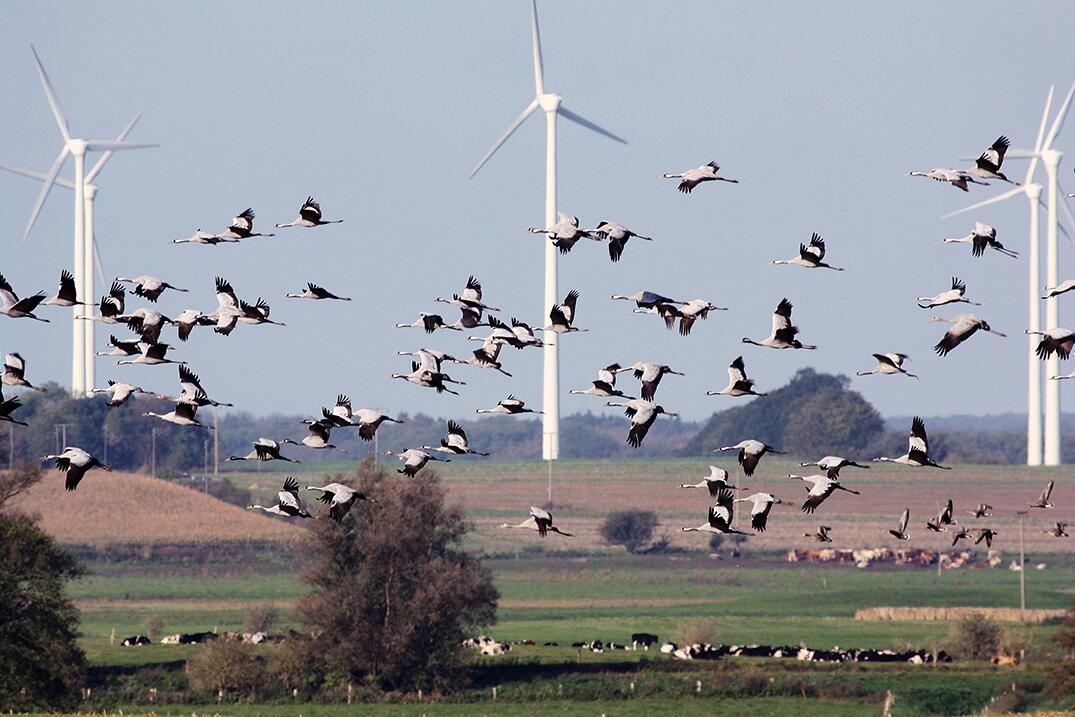 URBANA, Ill. – Wind energy is increasingly seen as a sustainable alternative to fossil fuels, as it contributes to a reduction in greenhouse gas emissions. It is estimated that by 2050, wind turbines will contribute more than 20% of the global electricity supply. However, the rapid expansion of wind farms has raised concerns about the impact of wind turbines on wildlife.

Research in that area has been limited and has yielded conflicting results. A new study, published in Energy Science, provides comprehensive data on how turbines affect bird populations.

While the study did find a negative effect on some breeding birds, it also suggests ways to mitigate that effect through wind turbine design and placement, explains Madhu Khanna, professor of agricultural and consumer economics in the College of Agricultural, Consumer and Environmental Sciences at the University of Illinois. Khanna is co-author of the study.

“We found that there was a negative impact of three birds lost for every turbine within 400 meters of a bird habitat. The impact faded away as distance increased,” Khanna says.

Overall, the researchers estimate that about 150,000 birds are affected by wind turbines in the U.S. every year. This includes both direct and indirect effects; that is, bird collisions with turbines as well as changes in bird habitat due to wind disturbances and other factors. The effects vary for different types of birds. When looking specifically at grassland birds, the researchers found fewer negative impacts than for other types of breeding birds.

The researchers analyzed data on wind turbines, breeding birds, land use, and weather across the United States over a six-year period. The study included 1,670 wind turbines and 86 bird observation routes across 36 states from 2008 to 2014.

“We compared bird routes that were close to turbines with those that were further away, making it possible to more easily and precisely identify the impact of the turbine, while controlling for other unobservable factors,” explains Ruiqing Miao, assistant professor of agricultural economics at Auburn University and lead author on the study.

The negative impacts on birds identified in this study are lower than estimates from some other studies. However, those studies were done on a smaller scale. This research uses a large dataset over a longer time frame, yielding more systematic and accurate information.

The researchers also found that the size of the wind turbine and the length of the blades make a difference: taller turbines and shorter blades reduce the impact on birds. Other studies have found that turbine height was negatively correlated with bird count, but the present study separated height from blade length and found length to be the more important factor.

The study’s findings can be used to inform decisions about wind turbine placement and design. Because the impact on birds diminishes as the distance increases, the researchers suggest that wind turbines be placed outside a 1,600 meter buffer zone of high-density bird habitats. They also recommend that turbines be taller but with shorter blade length.

Policy decisions regarding wind energy must consider the tradeoff between sustainable energy and bird populations, Khanna points out. “No single technology is such that it is only beneficial and has no negative consequences. You can minimize the effect by making the recommended adjustments,” she says.

The article, “Effect of wind turbines on bird abundance: A national scale analysis based on fixed effects models” is published in Energy Policy. [https://doi.org/10.1016/j.enpol.2019.04.040]