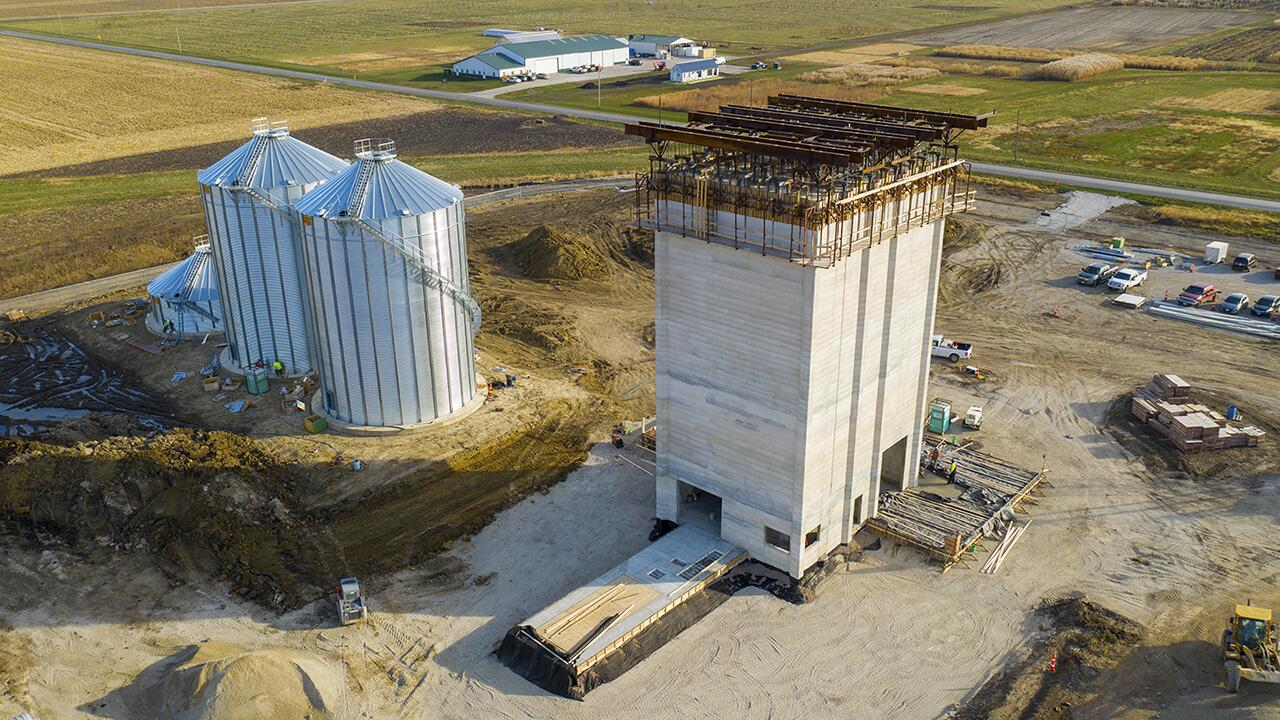 URBANA, Ill. – Advancing its longstanding support of the College of Agricultural, Consumer and Environmental Sciences at the University of Illinois, the Illinois Pork Producers Association (IPPA) has announced a financial commitment to the new Feed Technology Center currently under construction south of campus.

“Our relationship with Illinois Pork has been incredibly important for advancing the swine industry in the state and nation,” says Rodney Johnson, head of the Department of Animal Sciences at U of I. “Their generous gift will assist the Feed Technology Center in becoming a national hub for new discoveries and advancement in animal nutrition.”

Research innovations from the Department of Animal Sciences have shaped the swine industry for decades, in partnership with Illinois swine producers. For example, during the 1950s and early 1960s, Illinois scientists pioneered the modern corn-soybean meal diet for swine and built one of the first indoor swine production units with slatted floors in the U.S., providing practical insights to an industry in transition. Later, a partnership between Illinois animal scientists and producers led to the wean-to-finish production system that has revolutionized swine production throughout the U.S. and the world.

According to Johnson, the new Feed Technology Center will further strengthen relationships between the college, industry, and producers, and make possible animal nutrition innovations that could impact the agricultural industry on a global scale.

“We are confident that our contribution will benefit the pork industry in Illinois and beyond,” says Pam Janssen, IPPA President. “With the threat of foreign animal disease transferring through feed ingredients, we welcome more research in that capacity.”

The University of Illinois and the College of ACES have committed $6 million toward the $20 million project, with private partners invited to contribute toward the balance. Having broken ground last June, the project is on track to wrap up in fall 2020.

“Private gifts, such as this commitment from Illinois Pork, assist with sustaining and advancing the valuable discoveries, training, and translation this facility will support,” Johnson says. “We welcome other stakeholders to join us in this investment.”

College of ACES Dean Kim Kidwell adds, “This generous gift from the Illinois Pork Producers Association reflects our longstanding co-commitment to advancing the success of the swine industry through research, education, and outreach. We are truly grateful to IPPA for their support of feed science innovation, which will benefit livestock producers across the region.”