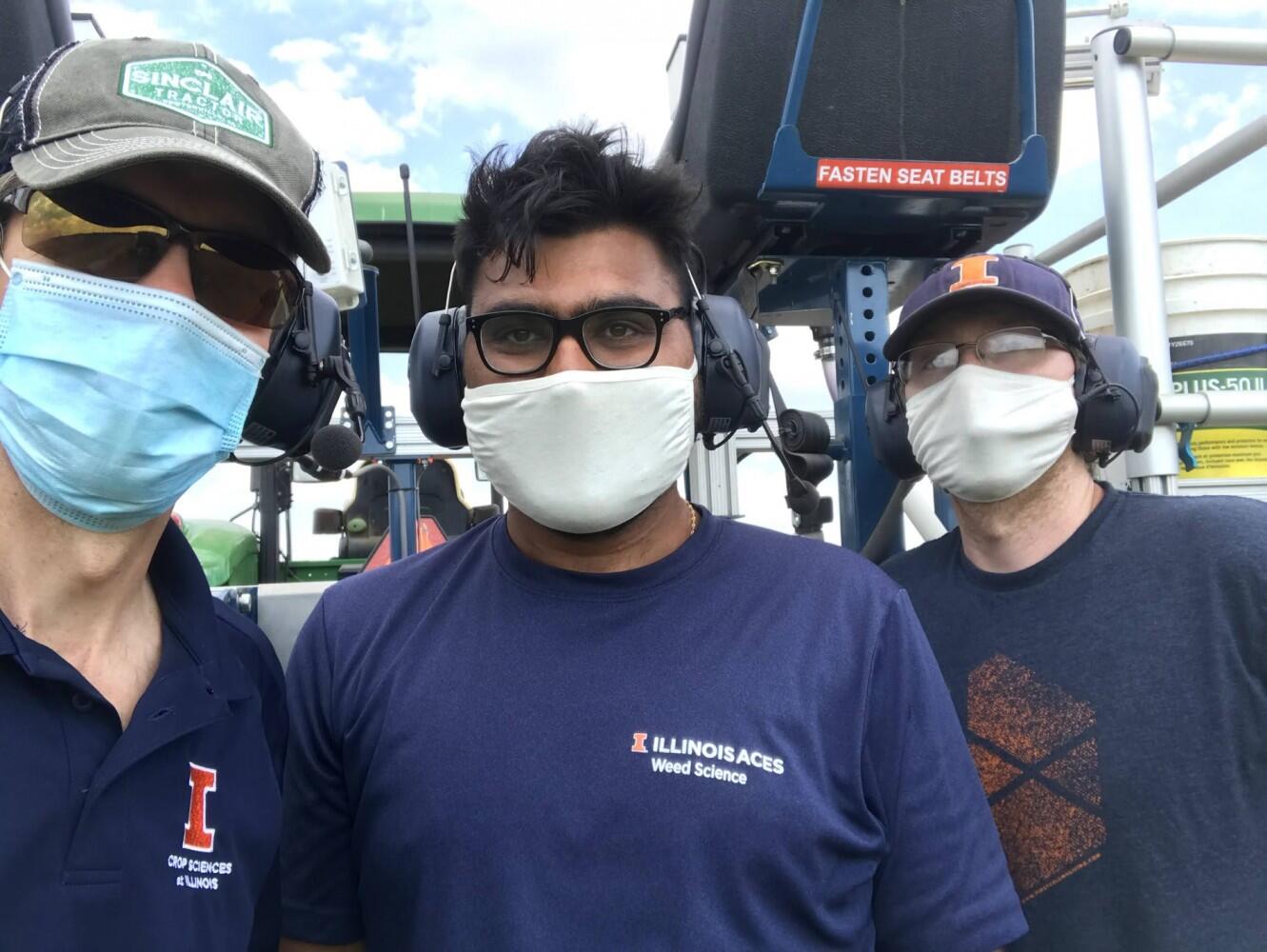 URBANA, Ill. – Many agronomic weeds are developing resistance to available herbicides, making them harder and harder to kill. With few effective chemicals left and no new herbicide classes on the horizon, farmers are going back to older products that still offer the promise of crop protection.

Dicamba has been on the market since the 1960s, but the herbicide is only used on about 17% of corn acres in the U.S. It still appears to be effective on waterhemp and its troublesome weedy relatives, but dicamba isn’t currently labeled for use in sweet corn because of known sensitivity issues in the crop.

“Twenty years ago, herbicide sensitivity was the number one pest management concern in the sweet corn industry. There were a lot of important hybrids that had adverse responses,” says Marty Williams, a USDA-ARS ecologist and adjunct professor in the Department of Crop Sciences at the University of Illinois. Williams co-authored the new study in Weed Science.

But scientists know a lot more now about the genes that help corn safely metabolize dicamba and other herbicides. So it was time for Williams and his research team to take another look at the risk of sweet corn injury from dicamba. And their recommendations offer practical guidance beyond sweet corn.

“The gene that confers tolerance to dicamba and other herbicides in sweet corn is the same as in field corn, so our study system is representative of other types of corn,” Williams says.

The gene in question – Nsf1 – is a cytochrome P450 involved in detoxification of multiple herbicide families in plants. With two functional copies of the gene, corn fights off dicamba’s cellular attacks before they can cause injury. But mutant versions of the gene also exist in some corn lines. Plants with two mutant copies of the gene are highly sensitive to dicamba, while mutant-functional gene pairings offer intermediate protection.

Chris Landau, a postdoctoral researcher working with Williams, confirmed these patterns in sweet corn by applying dicamba to three hybrids representing functional, mutant, and intermediate genotypes. He applied the herbicide at three growth stages, V3, V6, and V9, and mixed the herbicide with the safener cyprosulfamide in half the treatments.

“Ours is the first study in corn to simultaneously evaluate the combination of genotype, application timing, and safener on dicamba injury,” Landau says.

“For almost every injury metric we looked at, including ear breakage, ear length, total ear mass, kernel mass, and others, the safener helped,” Landau says. “It also consistently lowered injury at the earlier timings, V3 and V6, but that effect wasn't as profound as the V9 application.”

The results indicate dicamba could be used safely in sweet corn, given a few caveats (and approved labeling by the U.S. Environmental Protection Agency): Apply with safeners before V9, and avoid applying in sweet corn with mutant Nsf1 genes, if possible.

“This work really establishes what’s needed for more utility of dicamba in sweet corn,” says co-author Aaron Hager, associate professor and Extension specialist in crop sciences. “That includes working with breeders in their continued efforts to get rid of the sensitive alleles. Also, we know application timing is going to be important, as it is in field corn. We know now that safeners can bring some margin of increased selectivity in sweet corn. The work lays the foundation for the industry to use a tool that has not been widely used in this particular cropping sequence.”