Cassava may benefit from atmospheric change more than other crops 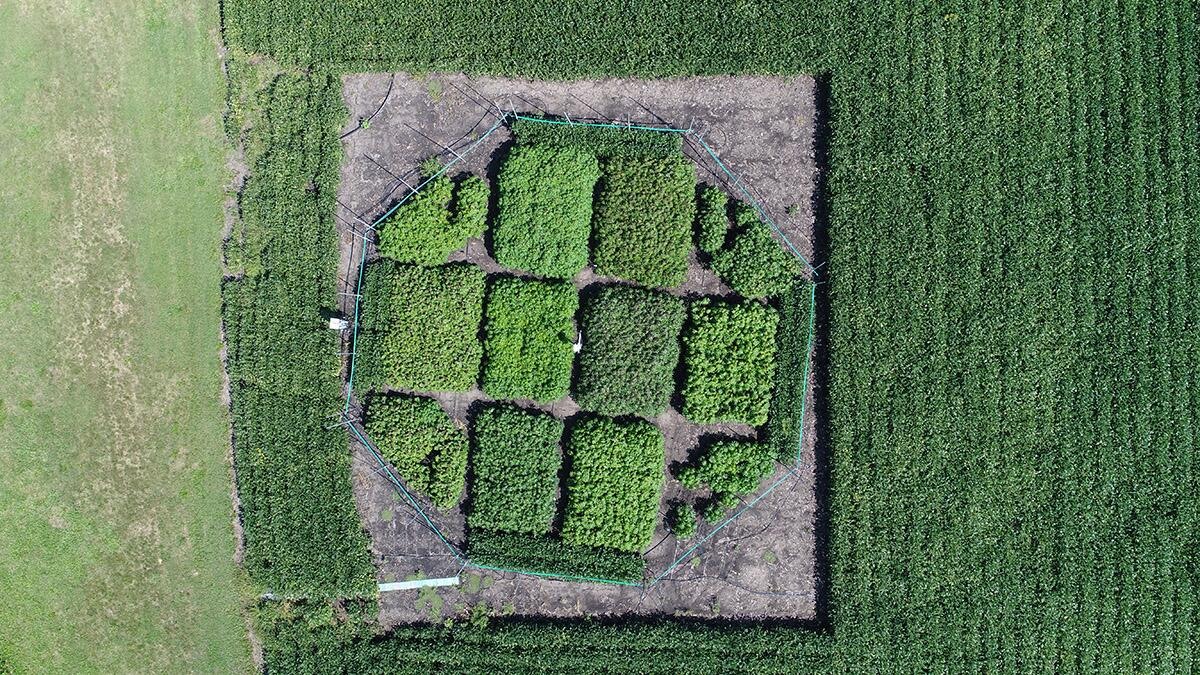 Cassava may benefit from atmospheric change more than other crops

CHAMPAIGN, Ill. — Carbon dioxide fuels photosynthesis, the process by which plants generate their food in the form of carbohydrates. The atmosphere’s carbon dioxide levels are rapidly increasing, but there is uncertainty about whether plants can turn these extra resources into higher yields while retaining nutritional quality.

A team from the University of Illinois and Monash University studied how the root crop cassava, which feeds over 1 billion people, will adapt to the amount of carbon dioxide expected by the second half of this century. They grew the crop in an outdoor research facility called SoyFACE that artificially boosts carbon dioxide to understand how increasing levels will impact crops in the coming decades.

This study is the result of a partnership between two international research projects that are supported by the Bill & Melinda Gates Foundation. Cassava Source-Sink is focused on improving the yield of cassava; Realizing Increased Photosynthetic Efficiency (RIPE) is improving photosynthesis to boost crop yields with support from the Gates Foundation, Foundation for Food and Agriculture Research, and U.K. Foreign, Commonwealth & Development Office.

In the Journal of Experimental Botany, they reported significant yield increases ranging from 22 to 39 percent in seven out of eight varieties of cassava. Each cultivar selected for the study is ‘farmer preferred’ in Africa, where cassava makes up a quarter or more of diets in several countries. Counter to past studies on other crops, they found no decrease in protein quality nor nitrogen content in the leaves, which are consumed by humans and livestock in addition to the starchy tubers.

To take in carbon dioxide, plants open tiny pores in their leaves (called stomata) that allow water to exit through transpiration. This study found that when carbon dioxide levels increase from 400 to 600 ppm, cassava leaves could conserve 58 percent more water on average by optimizing stomatal conductance, which is the rate that carbon enters compared to water exiting the leaf.

“Cassava’s natural ability to produce high yields with little water is part of what makes this crop a staple in drought-prone regions across sub-Saharan Africa,” said co-author Amanda De Souza, a postdoctoral researcher for the RIPE project at Illinois. “It is not surprising to see this trait magnified in C3 crops, but it is encouraging since we predict water scarcity to be a major barrier to food security.”

While the team did not find much difference in how well the eight varieties photosynthesized, they discovered differences in their growth and development due to how the plants distributed carbohydrates to their roots, stems, and leaves—which is called partitioning. Cassava plant breeders try to maximize the resources allocated to the roots, referred to as the ‘sink’ where the plant stores carbon.

“We can capitalize on these differences in partitioning to develop cassava varieties that sink more carbon into their roots to boost yields,” said Ursula Ruiz Vera, a postdoctoral researcher for both projects, who led the study at Illinois. “We aim to enhance the natural resilience and productivity of this crop that is uniquely situated to help smallholder farmers withstand pressures from our changing climate.”

RIPE and CASS, and their sponsors, are committed to ensuring Global Access and making these projects’ technologies available to the farmers who need them the most.