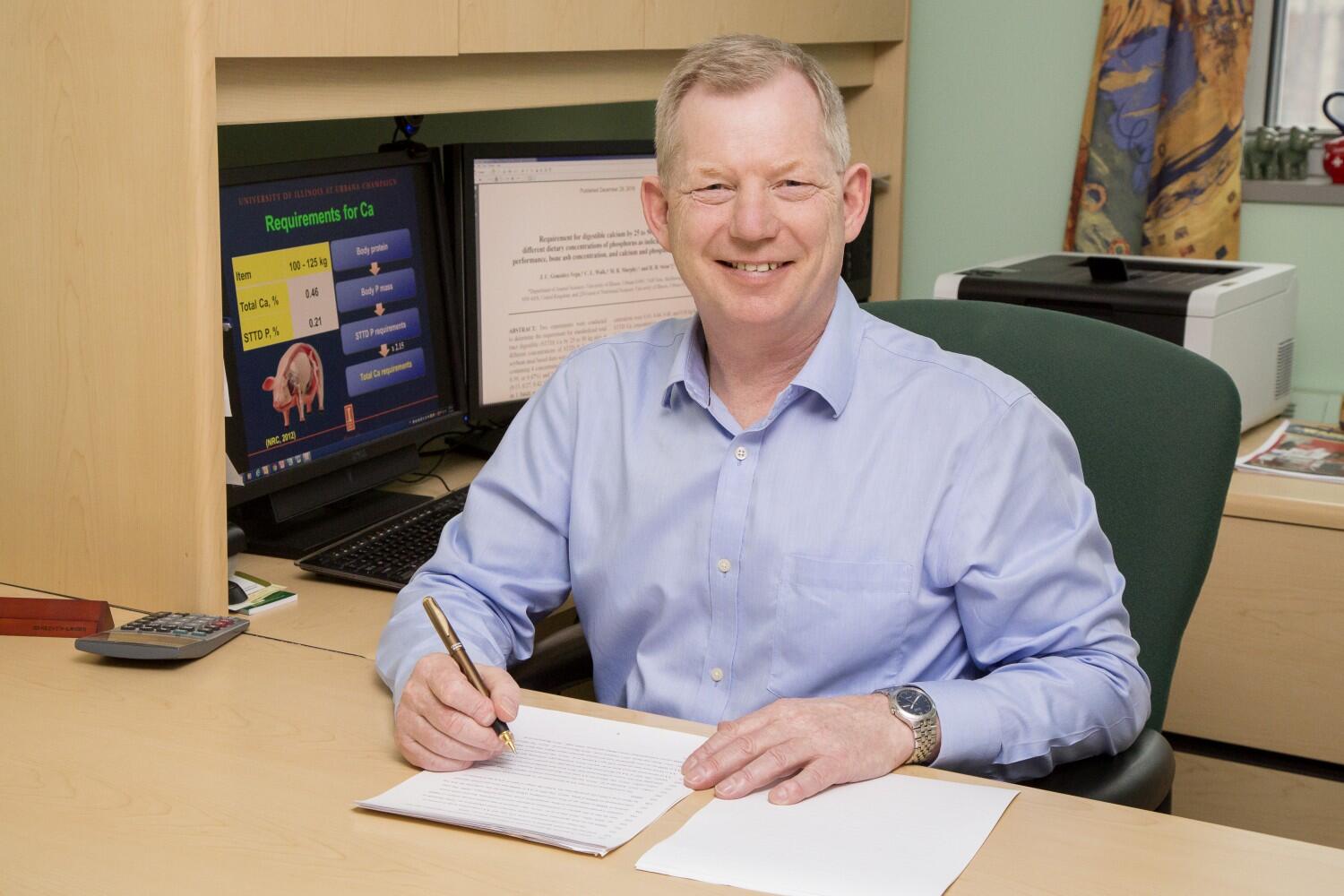 URBANA, Ill. – A new high-oil corn product offers greater amino acid and energy digestibility in growing pigs, according to new research from the University of Illinois.

“This corn has a higher oil concentration – almost 9% – and more protein, a little bit more fiber, and a little bit more phosphorus. We know the concentrations in the grain, but not how well pigs can digest it. If they don't digest as well, it may not be an advantage to have more of some of these components,” says Hans H. Stein, professor in the Department of Animal Sciences and the Division of Nutritional Sciences at Illinois and co-author on a study in Animal Feed Science and Technology.

But, when compared with conventional corn, nutrients and energy in high-oil corn were more digestible across multiple dimensions.

“Amino acid digestibility was greater, and that was true for all the indispensable amino acids except one. So not only do we have more of these amino acids in high-oil corn, but we also have a greater digestibility. Essentially, if you multiply the concentration by the digestibility, then you have an even greater difference between the two grains.

“There's also about 8% more energy in the high-oil corn compared with the conventional corn. So in the U.S., that translates to around 300 kilocalories extra energy per kilogram of grain,” Stein says.

To arrive at these conclusions, Stein and co-authors Charmaine Espinosa and Natalia Fanelli formulated diets with high-oil corn from Byron Seeds LLC or conventional corn as the only source of crude protein and amino acids. The diets were formulated with or without microbial phytase, a product that helps make phosphorus more bio-available in pig diets.

“Not only is there more phosphorus in high-oil corn than conventional corn, it turns out the digestibility of phosphorus was also about 10% greater, regardless of whether or not we added phytase in the diet,” Stein adds.

Packing more amino acids, energy, fiber, and phosphorus into a single component of pig diets could save producers money by reducing the need to supplement these dietary components from soybean meal and feed phosphates.

Stein adds the same is likely true for poultry diets, as poultry often respond to these dietary components in similar ways as pigs.

The company says its product offers the same yield as conventional corn, but Stein’s research did not address this claim. Regardless, Stein notes the product may be difficult to keep separate from conventional grain in the corn supply chain. It may, therefore, be difficult to capture the added value of high-oil corn if producers sell their grain to an elevator. However, for producers who grow their own corn and feed it to pigs on site, Stein says it should be easy to realize the economic benefits of high-oil corn.

“If you have a producer growing his own grain, putting it in the bin and using it, it clearly would be an advantage for him to have the high-oil form, everything else being equal.”

The article, “Digestibility of amino acids and concentration of metabolizable energy are greater in high-oil corn than in conventional corn when fed to growing pigs,” is published in Animal Feed Science and Technology [DOI: 10.1016/j.anifeedsci.2021.115040].

The Department of Animal Sciences is in the College of Agricultural, Consumer and Environmental Sciences at the University of Illinois at Urbana Champaign.