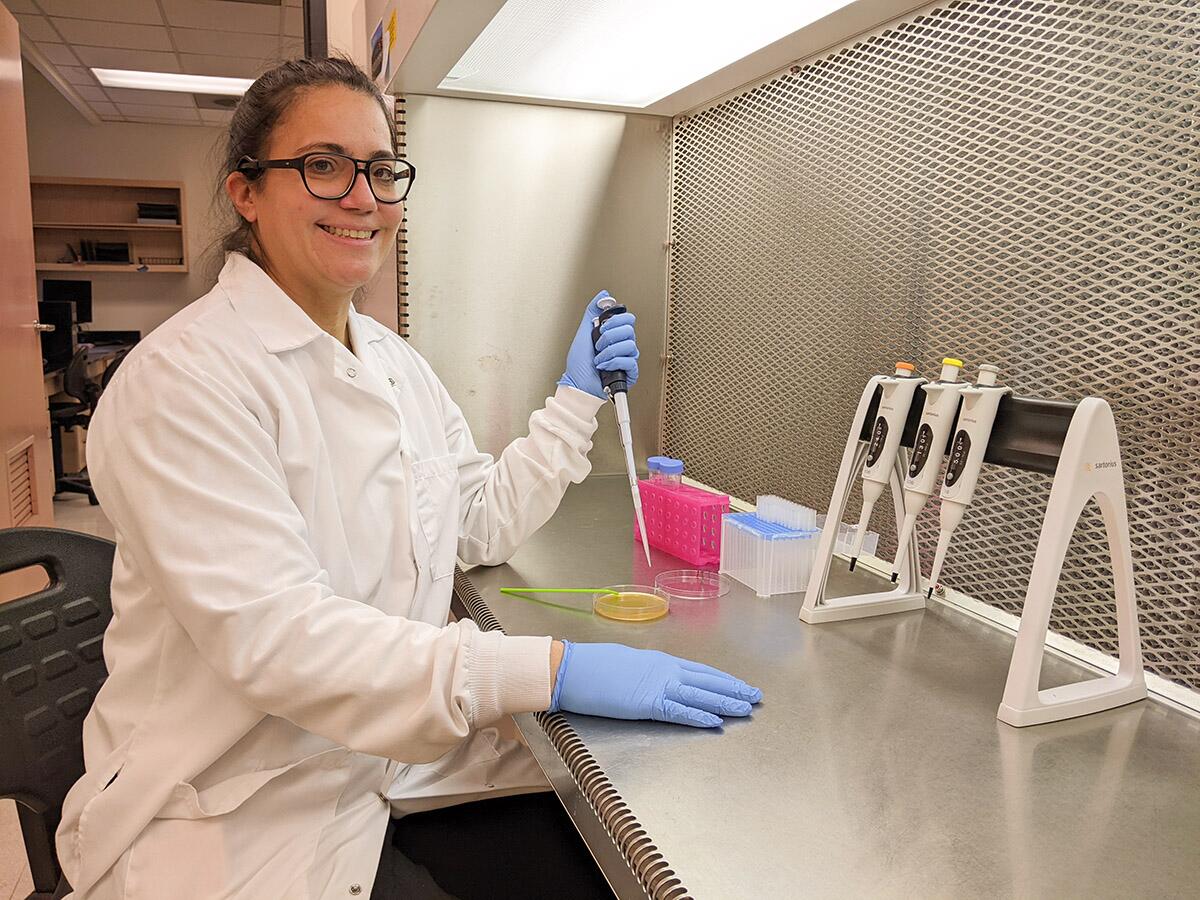 URBANA, Ill. – When we think of evolution, many of us conjure the lineage from ape to man, a series of incremental changes spanning millions of years. But in some species, evolution happens so quickly we can watch it in real time.

That’s the case for Xanthomonas, the organism that causes bacterial leaf spot disease in tomato and pepper plants. Like many microbes with short generation times, it can evolve at lightning speed to acquire beneficial traits, such as the ability to elude its host’s defense system.

New research from the University of Illinois shows one Xanthomonas species, X. euvesicatoria (Xe), has evolved to avoid detection by the immune system of tomato plants.

“It’s part of the evolutionary warfare between plants and pathogens, where the plant has some defense trait and then some portion of the pathogen population evolves to escape it. The plant has to develop or acquire a new defense trait, but the process is much slower in plants compared to microbes. This study is a great example of that ongoing battle in progress. It tells us we can’t completely rely on this trait to combat bacterial spot disease caused by Xe,” says Sarah Hind, assistant professor in the Department of Crop Sciences at Illinois and co-author on a pair of recent studies published in Molecular Plant-Microbe Interactions and Physiological and Molecular Plant Pathology.

The tomato defense system keeps tabs on Xanthomonas and other bacteria with immune receptors that chemically detect flagella, the long whip-like tail structures that allow bacteria to move or “swim” through soil and plant tissues. Hind and her colleagues used laboratory and genomic modeling techniques to show one of tomato’s receptors, FLS3, no longer works to detect flagellin proteins in Xe.

Their work shows Xe’s flagellin proteins have changed by just one amino acid, but it’s enough to escape detection by tomato’s FLS3 receptors.

Graduate student and study co-author Maria Malvino says, “It was surprising to see that only one amino acid change was making all the difference. It made us wonder how binding between flagellin and FLS3 could be so dramatically altered.”

The fact that Xe can sneak past tomato’s defenses means farmers can rely even less on inherent disease resistance. Instead, they’ll have to combat the disease in other ways, such as spraying copper-based pesticides.

In some locations, including the Midwest region and in Illinois specifically, Xe isn’t as much of a problem as two other Xanthomonas species, X. perforans and X. gardneri (Xp and Xg). Tomato can still hold its own against these species for the time being, but Hind is concerned Xe will share its evasion strategy.

“X. euvesicatoria [Xe] had been the predominant strain for a long time, but within the last decade or two, it's become less prominent and has been overtaken by another species, Xp,” she says. “Xp and Xe are really genetically close, and it’s been shown that they can share their genetic material with each other. So it wouldn't be out of the realm of possibility that that Xe’s evasion strategy could make its way into Xp and provide the same advantage against tomato.”

Hind says the tendency of these bacteria to defeat host defenses through rapid evolution makes breeding for disease resistance difficult in tomato.

“It’s like whack-a-mole for breeders. It takes a long time to release a resistant variety. Often, by the time they go to release a new one, the pathogen population shifts,” Hind says. “And when you add to that the difficulty of maintaining all the desirable traits of a tomato, it’s a tough situation. Again, that leaves us relying on fungicides and copper treatments to keep tomato production profitable here in Illinois.”