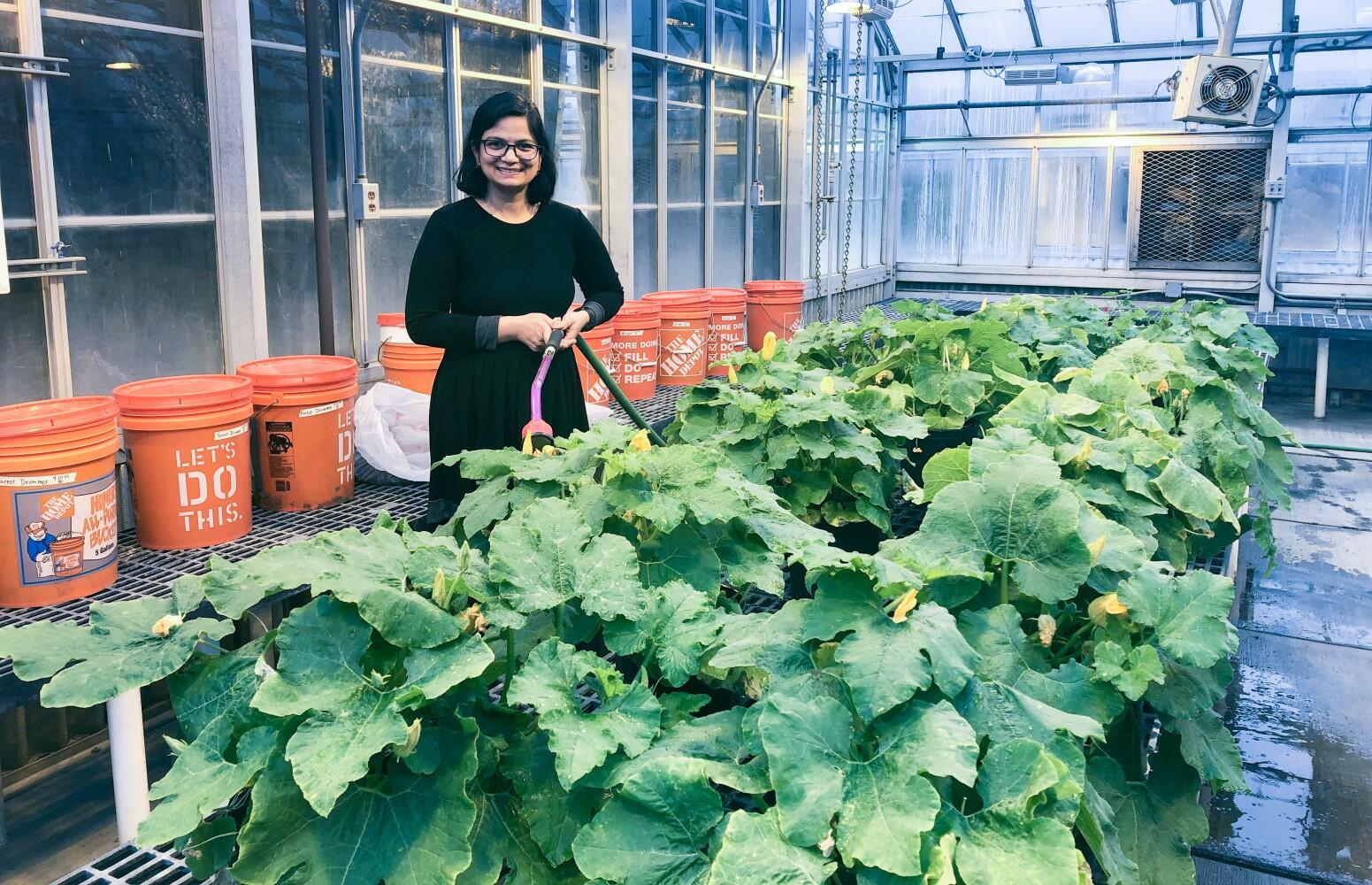 URBANA, Ill. – Pumpkin growers dread the tiny tan scabs that form on their fruit, each lesion a telltale sign of bacterial spot disease. The specks don’t just mar the fruit’s flesh, they provide entry points for rot-inducing fungus and other pathogens that can destroy pumpkins and other cucurbits from the inside out. Either way, farmers pay the price, with marketable yields reduced by as much as 90%.

Despite the disease’s severity, scientists don’t know much about the genetics of the pathogen that causes it; nearly all the molecular information required for accurate diagnostic testing and targeted treatments is lacking for the disease.

In a new study, University of Illinois scientists, with the help of two undergraduate students, have assembled the first complete genome for the bacteria that causes the disease, Xanthomonas cucurbitae, and identified genes that are activated during infection.

“Assembling a complete circular genome means we now have the resources to better understand what's happening in the field. We can use this information to look at how the pathogen is spreading, whether there are differences in host specificity among sub-populations or strains, or how likely it is to develop resistance to chemical controls,” says Sarah Hind, assistant professor in the Department of Crop Sciences at Illinois and senior author on the Phytopathology study.

“As this pathogen lacks many of the known virulence (i.e., disease-causing) genes, we don’t know exactly which genes are needed by the pathogen to infect cucurbit plants,” Hind says. “It could be something we've never seen before, such as a new gene or a mechanism that evolved in this species that isn't seen in the rest of the family. That could be very exciting.”

To get closer to an answer, the research team grew the bacteria in liquid media that mimicked its host environment and identified more than 400 genes whose expression was altered when the pathogen interacted with its “host.” In particular, they observed increased expression of genes for enzymes related to the breakdown of plant tissues, which are key for further development of the disease.

If Hind’s team can learn more about these factors and how cucurbits respond to them, there may be a way to prevent the bacteria from penetrating pumpkin fruits in the first place. “That would really save the farmers,” she says. “They don't care as much when it gets on the leaves, but if it infects the fruit, they're in trouble.”

Hind adds, “This project wouldn’t have been possible without the contributions of some really talented undergraduate students. We love having students participate in our research. They bring a sense of enthusiasm and eagerness – as well as really creative ideas – to the lab that would be hard to generate otherwise.”

The Department of Crop Sciences is in the College of Agricultural, Consumer and Environmental Sciences at the University of Illinois at Urbana-Champaign.