Illinois study: Which weather characteristics affect agricultural and food trade the most? 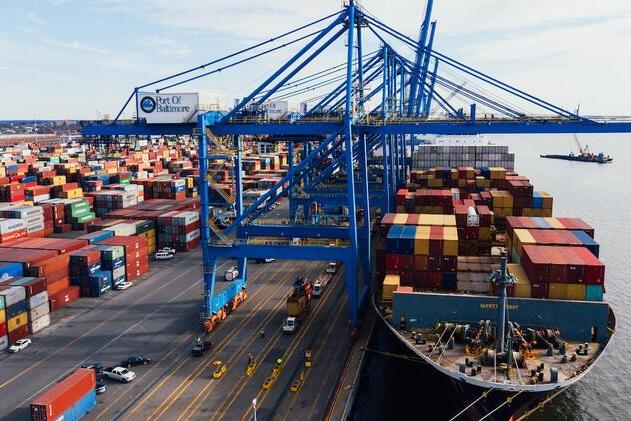 URBANA, Ill. – Changing weather patterns have profound impacts on agricultural production around the world. Higher temperatures, severe drought, and other weather events may decrease output in some regions but effects are often volatile and unpredictable. Yet, many countries rely on agricultural and food trade to help alleviate the consequences of local, weather-induced production shifts, a new paper from the University of Illinois suggests.

For instance, the 2008 drought in Middle Eastern and Central Asian countries led to a 22% decrease in wheat production in that area compared to the year prior. As a result, the value of wheat imports increased by 224% compared to 2007, with most imports coming from the U.S., Canada, Russia and Ukraine.

The U of I research team conducted a statistical analysis (known as a meta-analysis) of the academic studies investigating the relationships between weather and trade of agricultural and food commodities. Their motivation was to find out which weather characteristics matter most for exports versus imports.

“Our main finding is that the key driver of trade, whether at the domestic or international level, is temperature in the place of origin. An increase in temperatures negatively affects a country’s ability to export agricultural goods, because it reduces yield and decreases agricultural labor productivity,” explains study co-author Sandy Dall’erba, professor in the Department of Agricultural and Consumer Economics (ACE) and co-director of the Center for Climate, Regional, Environmental and Trade Economics (CREATE) at the U of I.

“Trade is one of the key tools with which to mitigate and adapt to the effects of climate change, particularly in agriculture. If a country is affected by adverse growing conditions, such as drought, the ability to rely on foreign sources for food and agricultural products is a key element of the ability to buffer those sorts of shocks,” says William Ridley, assistant professor in ACE, co-director of CREATE, and corresponding author on the paper.

The researchers identified all academic studies on the topic, which together cover a total of 235 individual estimates of the relationship between weather and agricultural trade. Some studies looked at multiple commodities and multiple countries while others focused on specific regions like the Middle East and North Africa (MENA); trade between the Philippines and the rest of the world; or domestic trade, including a study by Dall’erba that focuses on interstate flows of crops, fruits, and vegetables in the United States.

“The results of the original studies vary due to study area, the methodology, and the quality of the data. Yet, they all seem to agree about a clear negative impact of temperature on the export of commodities. This effect is particularly acute in developing countries as they have less capacity to adapt through irrigation,” adds lead author Tauã Magalhães Vital, Universidade Federal de Juiz de Fora, Brazil, who started the work as a visiting scholar at ACE in 2018.

Dall’erba notes, “Trade of agricultural commodities is driven by differences in specialization and natural resources between origin and destination places. Human beings have a taste for variety when it comes to food so agricultural goods are quite certainly the first commodities that were ever traded. However, over the most recent years, we have seen several disruptions in the global food supply chain such as COVID-19 and the war in Ukraine.

“Climate change and the increase in extreme weather events that comes with it is a more serious, longer lasting, and more widespread threat as it has the capacity to affect the natural resources in the places of production and to abruptly decrease yield all the while the world population – hence demand for food – keeps growing,” he adds. “As a result, it is important to understand the role of weather and climate on trade, to forecast their impact, and to assess how resilient the food supply chain is.”

The paper, “What do the 235 estimates from the literature tell us about the impact of weather on agricultural and food trade flows?” is published in Global Food Security [https://doi.org/10.1016/j.gfs.2022.100654]. Authors are Tauã Magalhães Vital, Sandy Dall’erba, William Ridley, and Xianning Wang.

The authors gratefully acknowledge support from the Dudley Smith Initiative in the College of Agricultural, Consumer, and Environmental Sciences (ACES) at the University of Illinois Urbana-Champaign. This work was funded in part by the Hatch grant program of USDA.